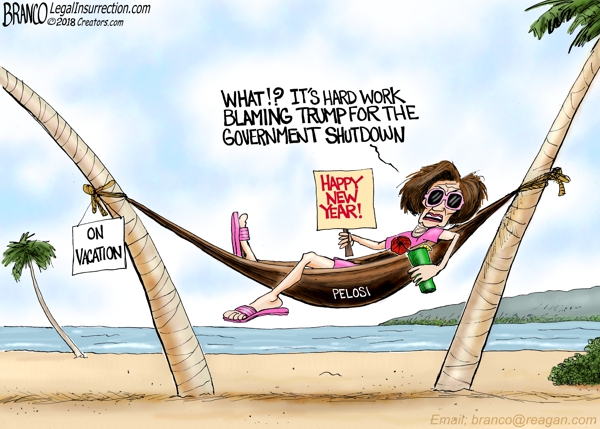 After being the most admired woman for the last 17 years, Americans have switched from pro-abortion Hillary Clinton and now say Michelle Obama is the woman they admire most.Click to Read at LifeNews.com

An abortion facility in San Antonio, Texas appears to be closing this December after dedicated pro-lifers worked for years to save babies from abortion there.
Click to Read at LifeNews.com

As the last post for 2018, I’d like to very briefly dig into a story by Zoe Tillman, headlined “Trump’s New Judges Are Everything Conservatives Hoped For And Liberals Feared.”

While portions of the government are currently “shut down,” the abortion giant continuous receiving taxpayer funds.

In a tragic story that shows how abortion is never the answer to serious disability, a mother has spoken out about how the abortion of her son failed and he was born alive and crying,.

Naffi and Racheli Goldman spend every hour of their days caring for their severely disabled daughter.Click to Read at LifeNews.com

There I was, peacefully switching back and forth between three sporting events when I happened upon Piers Morgan’s show on CNN.

Joy Behar: Vice President Mike Pence Has ‘Mental Illness’ for Being Open About His Faith

This State Could Have the Most Radical Assisted Suicide Law, Allowing Non-Doctors to Kill Patients

If the Schumer of 2009 were still in the Senate, instead of the 2018 version, we’d have already started building that border wall. Schumer USED to oppose illegal immigration as wrong. Now he will literally shut down the Government to defend it. He used to OPPOSE the use of phrases like ‘undocumented workers’ because those words would “convey a message to the American people that their government is not serious about combatting illegal immigration”.

And now, he’s more than happy to convey that very message to the American people. More than that, he tries to paint those who oppose his open-borders agenda as somehow ‘immoral’.

…”The American people need to know that, because of our efforts in Congress, our border is far more secure today than it was when we began debating comprehensive immigration reform in 2005,” Schumer stated. “Between 2005 and 2009, a vast amount of progress has been made on our borders and ports of entry.”

“This progress includes … construction of 630 miles of border fence that create a significant barrier to illegal immigration on our southern land border,” Schumer explained.
Source: DailyWire

Schumer is by no means the only Democrat who’s ‘evolved’ over this issue.

It’s clear they aren’t thinking for themselves. But seeing how they are ‘evolving’ on policy, and not standing on principle, it makes you wonder. Whose script are they reading from? And why? 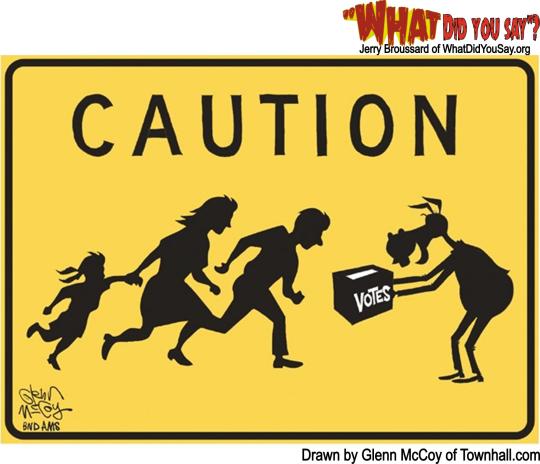 
A legal immigrant spent Christmas day apart from his wife and kid, to serve and protect… only to be gunned down by an illegal immigrant.

Does anything explain where Left and Right divide on the issue of immigration in starker terms than this sad tale?

Newman’s police chief broke down in tears while describing what happened to Officer Ronil Singh, who moved here from Fiji lawfully with dreams of being a cop.

Here’s a family photo, taken just hours before his death. 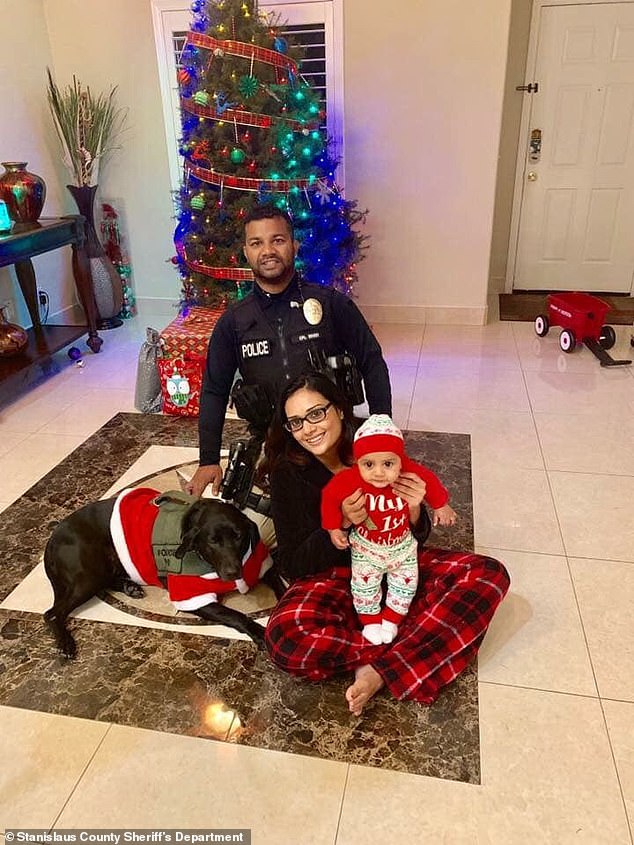 What makes this story all the more tragic was that he was working an overtime shift and responding to a DUI call. Singh was murdered by an illegal immigrant who fled the scene. Singh radioed for help and returned fire, but help arrived too late.

Governor Jerry Brown issued a statement after the shooting.

“On behalf of all Californians, Anne (Brown’s wife) and I extend our condolences to Corp. Singh’s wife, young son, loved ones and colleagues,” Brown said. “Our hearts are with the entire community of Newman and law enforcement officers across the state who risk their lives every day to protect and serve the people of California.”

Newman is a small city off Interstate 5 north of Los Banos. Singh had been a police officer there since 2011. He was married and the father of a 5-month-old son.
Source: Mercury News

Governor Moonbeam should sit this one out. One of the illegal immigrants he works so VERY hard to advocate for and defend just murdered a LAWFUL immigrant who arrived the way Trump and his supporters want ALL immigrants to come into the country.

Isn’t this story exactly what the government ‘shutdown’ showdown is all about in the first place?

Trump wants everyone coming to America to come through what he metaphorically described as a ‘big very beautiful door’ in that wall. Trump just wants a wall there to keep out the miserable bastards who gun down good cops at traffic stops.

Schumer and Nancy WANT those miserable bastards to come in unopposed. Trump does not. 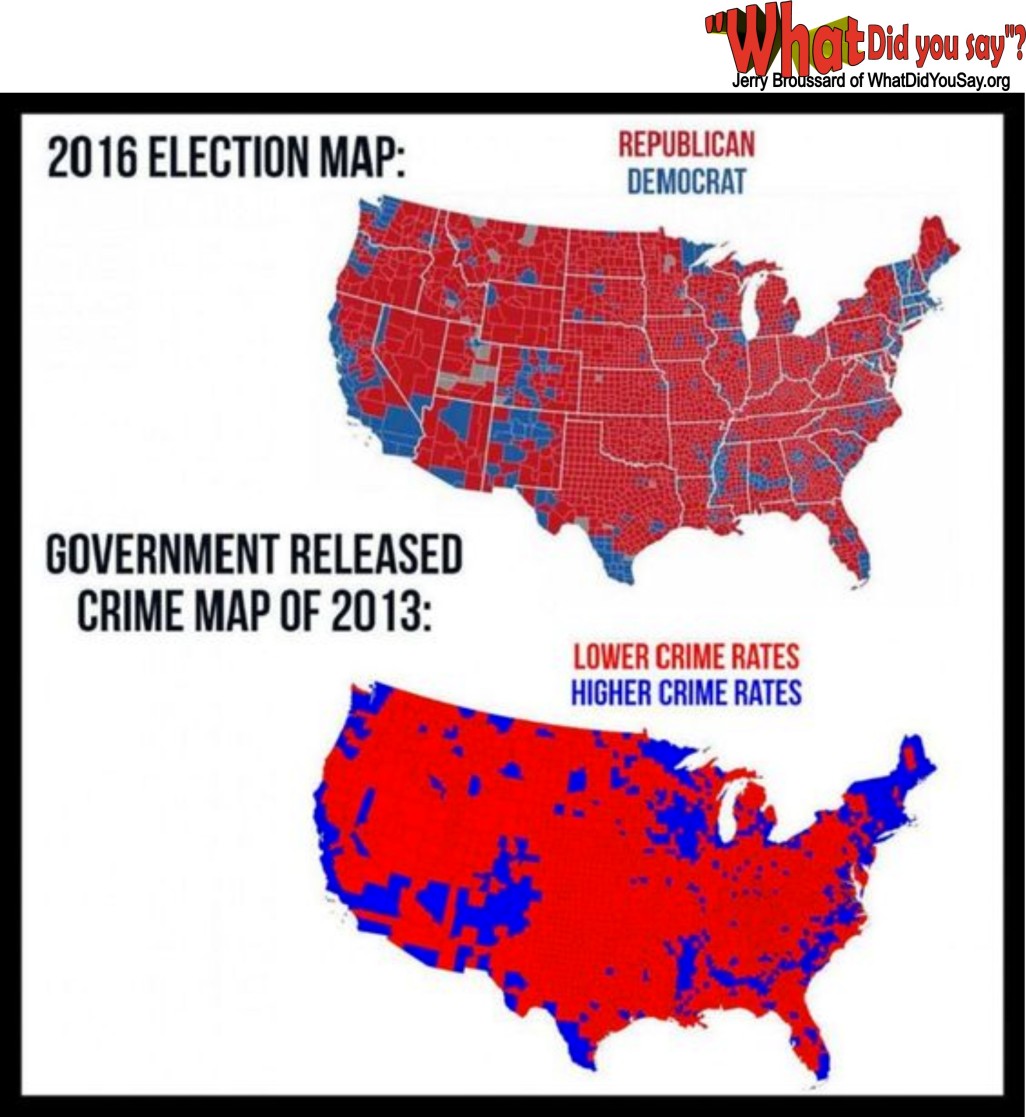 Is this really so hard to understand?

Unplanned to expose the truth about PP 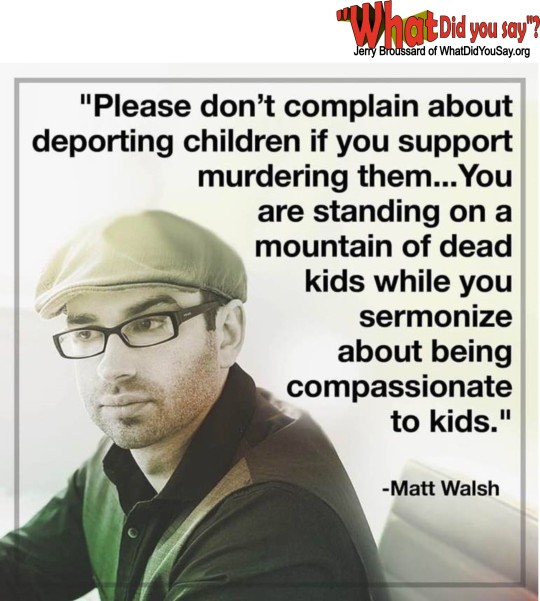 A pro-life movie that is coming out next year is anticipated to destroy all the myths about abortion spread by left-wing media.

The film is titled, Unplanned: the Abby Johnson Story.

Johnson worked as the director of a Planned Parenthood in the Bryan/College Station area to the northwest of Houston, Texas, for about eight years – doing so because she wanted to help women.

Cary Solomon – the writer, director and producer of the movie – says that Johnson did not do abortions until they were shorthanded one day.

“In her own words, she said I’d done a lot of ultrasounds, but I had never seen a baby so completely as I did that day – hands moving, eyes, you know, everything … legs,” Solomon shared. “The baby was alive, and then suddenly, I saw the catheter entered into the woman’s uterus to basically remove the baby, and the baby tried to escape.”

Needless to say, the escape was unsuccessfully. A tiny human being was denied life.

It was then that Johnson realized she had been the supervisor over the termination of 22,000 babies during her tenure. She subsequently resigned and joined the pro-life movement.

Solomon explained that Unplanned is a pro-life movie, but noted that it was not done in a fashion to condemn women who have experienced abortion.

“For women that have not had abortions or children or young girls that are considering it, we want them to realize that this is a baby,” the pro-life director asserted. “You have to contemplate that. You cannot buy into the myth of the media and of Planned Parenthood that it’s not a baby.”

Already, Solomon’s crew is working on opening the movie in as many theaters nationwide as possible, and so far, 500 have expressed interest.

Unplanned is slated to make its debut in March.

Hypocritical Globalist leaders worldwide are burning a lot of fossil fuels these days trying to get us to stop using them in the name of Climate Change. 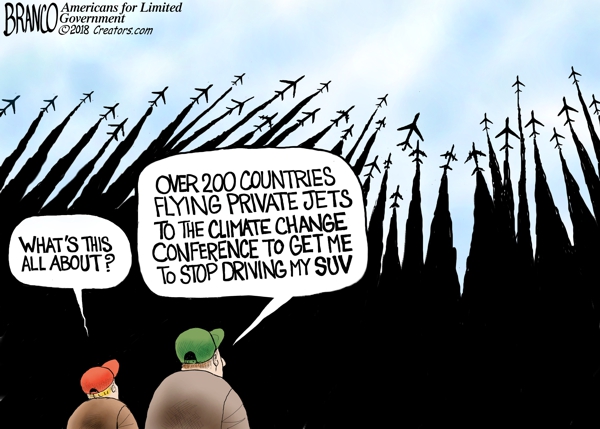 Ohio legislators attempted but failed to pass a pro-life bill that died due to a veto. As he promised to do, Gov. John Kasich delivered a veto of the Heartbeat Bill, which would make illegal an abortion if the abortionist detects a heartbeat.

Yet the pro-life state legislature attempted an override: the state House on Thursday voted 60-28 to successfully override the veto, and a vote in the Senate followed hours later and failed by one vote.

Kasich is term-limited and the governor-elect, Mike DeWine, has said he will sign the bill if it passes again. 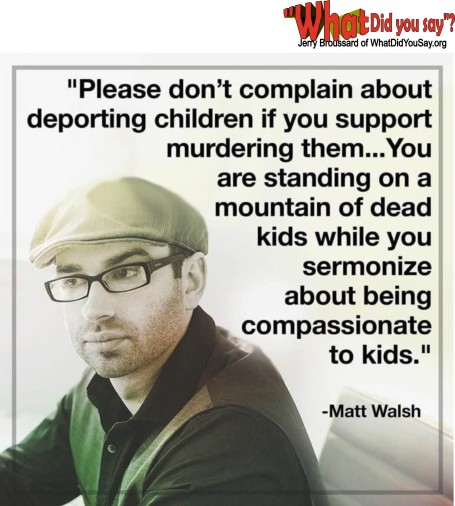 Barry Sheets, a spokesman for the Right to Life Coalition of Ohio, says the bill has been described as anti-abortion legislation but insists that’s not true.

“It would actually save babies,” he says. “They could not abort once a fetal heartbeat is detected, and we believe that that is a very strong line to draw for the first evidences of life.”

Kasich vetoed the legislation after claiming it would fail to stand up to a court challenge, but Sheets says the president of the state senate, who is an attorney, and other attorneys stated during floor debate that the bill would withstand constitutional scrutiny.

Janet Porter of Faith 2 Action tells OneNewsNow that pro-lifers will fight next year with DeWine as governor.

“Who will sign the Heartbeat Bill into law,” she predicts, “rather than heartlessly veto it like Gov. John Kasich did not just once but twice.”

Editor’s Note: This story has been updated after the Ohio senate voted on overriding the Heartbeat Bill.