Top Stories
• Cecile Richards: Christian Doctors and Nurses Should be Forced to Perform Abortions
• President Trump Tells Moving Story of Saving a Drug-Addicted Unborn Baby in State of the Union Speech
• Court Forces Doctors to Refer Patients to Doctors Who Will Kill Them in Assisted Suicides
.  Liberal Media Disgustingly Accuse Adoptive Couple at Trump’s State of the Union of Coercing Baby’s Mother

More Pro-Life News
• Abortion Activist: It’s Okay to Kill Babies in Abortions Because They Don’t Feel Pain Until Birth
• Woman Holds Her 6-Month-Old Baby as She Testifies Against Bill Banning Late-Term Abortions
• Cecile Richards Gives “State of Our Union” Address, Demands a “Right to Abortion”
• 8 States Try to Force Little Sisters of the Poor to Pay for Abortions
• CNN Poll Shows 70% of Americans Had Positive Response to President Trump’s State of the Union Address
• Ted Cruz Slams Democrats: They are So Radical They Support Unlimited Abortions Up to Birth
• Euthanasia Activists Bully Hospitals and Hospice to Kill Patients in Assisted Suicides
• Pro-Abortion Students Face Criminal Charges After Vandalizing Pro-Life Display
• Mother of Son With Down Syndrome: They’re Using Abortion to “Wipe Them Off the Face of the Earth”
• Mississippi Bill Would Create the Earliest State Abortion Ban, Protecting Babies After 15 Weeks
• Judge Slams Pro-Abortion Attorney General Trying to Silence Pro-Lifers: You Can’t Sue for Being Annoyed
• Meet Evie: She Saves Babies From Abortion Outside Clinics as a Sidewalk Counselor

Cecile Richards: Christian Doctors and Nurses Should be Forced to Perform Abortions

Senate Democrats today blocked a vote on a pro-life Senate bill to ban late-term abortions — a bill that would save as many as 18,000 unborn babies form abortions each and every year.

During last-night’s State of the Union address, President Trump honored one of the profiles in courage.

Ontario’s Divisional Court (3 – 0) decided that doctors in Ontario, who oppose killing their patients, must provide an effective referral to a physician who will kill their patient.
Click to Read at LifeNews.com.

What on earth is wrong with people?

Abortion Activist: It’s Okay to Kill Babies in Abortions Because They Don’t Feel Pain Until Birth

Missouri lawmakers listened Tuesday as a woman held her infant son and told them not to ban late-term abortions.

Cecile Richards Gives “State of Our Union” Address, Demands a “Right to Abortion”

Planned Parenthood president Cecile Richards gave her own State of the Union address last night, and in it she demanded a right to abortion.

Why should Catholic nuns be forced to cover contraceptive or embryo destroying drugs in their health plans?

Ted Cruz Slams Democrats: They are So Radical They Support Unlimited Abortions Up to Birth

Mother of Son With Down Syndrome: They’re Using Abortion to “Wipe Them Off the Face of the Earth”

Meet Evie: She Saves Babies From Abortion Outside Clinics as a Sidewalk Counselor

News: Judge: If Family Can’t Rein in Islamist Teen I Will  The youth made jihadi materials which were found in hospitals  Read

News: State of the Union: Trump Plans to Defeat Radical Islam  Here’s a summary of how  Read

“I would be more encouraged if the admission of the fact the Holocaust did happen, a departure from the Ayatollah’s and Islamist Revolutionary positions, was not forwarded by an organization that claims that peace ONLY comes from obedience to sharia and submission to Islam. A positive step yes, but a baby one.”

Ghost Of Economies past

Many people on the left continue trying to credit the booming economy to Obama’s failed economic policies. 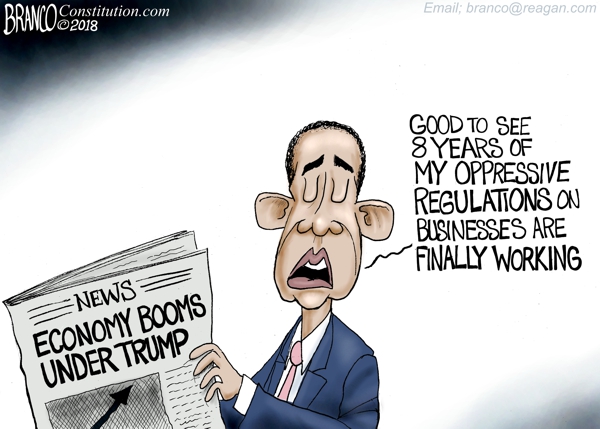 No doubt the House Minority Leader from San Francisco does have thousand dollar crumbs on her plate.

By her lights those crumbs are a “little piece of cheese in a mouse trap” for the little people who elect her to do what she does.

I don’t think she gets why her party has crumbled.

Senate Democrats today blocked a vote on a pro-life Senate bill to ban late-term abortions — a bill that would save as many as 18,000 unborn babies form abortions each and every year.

President Donald Trump today is slamming Senate Democrats for blocking a pro-life Senate bill to ban late-term abortions — a bill that would save as many as 18,000 unborn babies form abortions each and every year.

Just three Democrats in the U.S. Senate supported a bill on Monday that would prohibit abortions after 20 weeks when unborn babies are capable of feeling pain.
Click to Read at LifeNews.com.

Speaker Paul Ryan has chosen a pro-life guest to sit in the Congressional chamber during tonight’s State of the Union Address.

It wasn’t just Democrats who opposed the measure.

As Cecile Richards gets ready to leave Planned Parenthood, abortion activists are mulling who the next leader of the abortion chain should be.

Pregnant Woman Collapses and Dies in Her Home, Doctors Save Her 29-Week-Old Unborn Baby

British paramedics managed to save an unborn baby’s life in November after her mother collapsed and died suddenly in her home.

Woman Undergoing Abortion: “I Felt Like I Was Being Tortured”

ACLU Sues to Allow Nurses to Kill Babies in Abortions

21 States Have Passed a Ban on Abortions After 5 Months, Congress Should Too

“Diversity is our strength,” or so the left constantly claims. That bumper-sticker view of the world is

used to justify endless immigration from decidedly non-Western cultures… but now reality is starting to set in.

Sweden’s experiment with mass Islamic immigration is definitely bringing “diversity,” but it’s much more violent than liberals want to admit.

The left-leaning European country “has been experiencing an unprecedented surge of gang shootings, bombings and sexual assaults,” reported the  U.K. Times.

“In Malmö, where a fifth of the 340,000 inhabitants are under 18, children as young as 14 roam the streets with Kalashnikov assault rifles and bulletproof vests,” the newspaper reported. “The average age of gang members is 22, the vast majority of them hailing from migrant families.”

The situation is becoming so bad that Swedish officials are now admitting that they don’t have the resources to investigate rapes immediately, because violent gang crimes are so prevalent.

“We are forced to choose between two evils,” police told the Times.

Government officials and the media may try to dance around the issue, but the simple fact is that much of the rising crime is linked to groups of immigrants, many from Muslim nations.

“For a long time the Swedish establishment played down the decay of immigrant-dominated suburbs, but it can no longer ignore the explosion of violence,” reported The Times.

“Statistics published last week revealed the percentage of women who reported being victims of sex crimes rose from 1.4% in 2012 to 4.1% in 2016. In 2014 a study on the geography of outdoor rape in Stockholm found two-thirds of the suspects were non-Swedish citizens,” the paper elaborated.

In many ways, what is happening in Sweden is a microcosm of trends here in the United States.

Liberals who claim to stand for feminism also promote the mass importation of cultures that have appalling track records on women’s rights — and the same leftists who let them in are then “shocked” at the results.

“Our government declared itself the world’s first feminist government, yet they have quietly abandoned women,” stated Paulina Neuding, a Swedish author who is speaking out about the impact of mass immigration.

“There is mounting evidence that large-scale migration of men from extremely patriarchal cultures is limiting women’s freedom,” she continued. Let’s be honest:

It really isn’t that hard to understand. Despite the posturing of liberals, not all cultures are the same, and not every group of people has the same values. Some are closely compatible with Western values and do well in countries like Sweden.

Many others, however, have no desire to assimilate but see the West as a target to exploit and dominate. It’s the right of every country to carefully decide whom to let in, and whom to politely — or forcefully — turn away.

This may not look nice on a bumper sticker, but it is reality.