Federal Judge Reed O’Connor rules Obamacare unconstitutional since there is no longer a mandate to buy it. 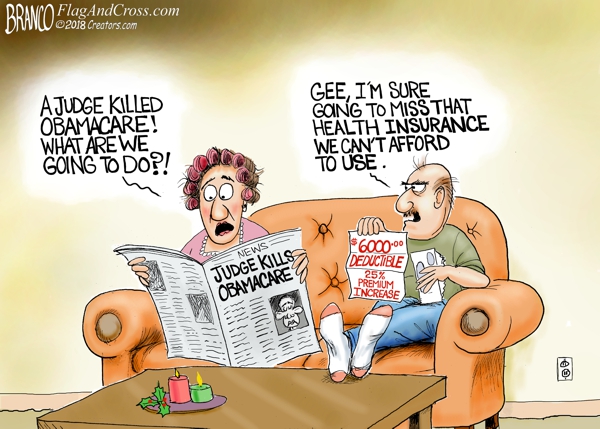 After judge’s ruling against Obamacare, what happens now?

WASHINGTON (December 17, 2018) — A federal judge’s ruling would, if upheld, wipe away the entire Affordable Care Act, the health care overhaul championed by President Barack Obama and twice sustained by the Supreme Court.

Judge Reed O’Connor’s opinion was issued late Friday and supporters of the law vowed to appeal and take other steps to preserve health benefits in the law sometimes called Obamacare. (See weekend story)

Some questions and answers about O’Connor’s ruling:

WHAT IS THE IMMEDIATE EFFECT OF THE RULING FOR AMERICANS COVERED UNDER THE ACA?

In a word, nothing. Although O’Connor said the entire law must fall, he did not grant a request from its opponents to have his ruling take effect immediately. That means that all the law’s provisions remain in effect. The federal Health and Human Services Department put out a statement making clear that it “will continue administering and enforcing all aspects of the ACA as it had before the court issued its decision.”

HOW WOULD THE AVERAGE PERSON’S HEALTH CARE BE AFFECTED IF THE RULING IS UPHELD?

The impact would go well beyond the more than 20 million people who are directly covered through the Obama health law.

More than 170 million Americans are covered by employers and they could lose no-cost preventive care, from screening tests like colonoscopies to birth control for women. Employers would no longer be required to keep young adult children of their workers covered up to age 26. Gone would be limits on annual out-of-pocket expenses, which provide greater financial protection for people with job-based coverage. Another kind of limit — lifetime caps on what insurance will pay for medical bills — could stage a comeback.

Medicare would be affected because the ACA expanded no-cost coverage of preventive services and reduced the bills of seniors with high prescription drug costs. Program finances would also take a hit. Medicaid, the federal-state program for low-income people, was expanded under the ACA. So about 12 million people who gained coverage could be left uninsured. Efforts to counter the opioid epidemic would be dealt a severe blow, since Medicaid has become a mainstay for treatment.

WHAT WAS THE JUDGE’S REASONING IN STRIKING DOWN THE ENTIRE HEALTH CARE LAW?

A key part of the Affordable Care Act that Obama signed into law in 2010 was the provision requiring people to have health insurance or pay a penalty if they refused. The Supreme Court upheld this individual mandate in 2012. Congress reduced that penalty to zero as part of the tax legislation it passed and President Donald Trump signed in 2017. That means that beginning in January, there no longer will be a penalty for not purchasing health insurance.

O’Connor agreed with Texas and other Republican-led states that challenged the law that the elimination of the penalty rendered the requirement to have health insurance unconstitutional. In a crucial step in his logic, O’Connor then held that because the individual mandate is so important to the overall law, the whole thing can no longer stand. The legal explanation is that O’Connor found that the mandate could not be severed from the rest of the law, meaning he struck it down in its entirety.

HOW LIKELY IS IT THAT HIGHER COURTS WILL AGREE WITH O’CONNOR’S RULING?

Even some opponents of the health care law, including the Wall Street Journal editorial page, have said O’Connor went too far and predicted he would be reversed in the appeals process. Congress did indeed render the individual mandate unenforceable when it reduced the penalty for not complying to zero. But that very same Congress left the rest of the law intact. What’s more, Republican efforts to repeal the ACA failed in the same Congress. In addition, even if the federal appeals court that oversees Texas were to agree with O’Connor, it seems improbable at best that Chief Justice John Roberts, who twice wrote opinions upholding the law — in 2012 and 2015, would now strike it down.

WHO WILL APPEAL THE RULING, AND HOW LONG MIGHT THE PROCESS TAKE?

California Attorney General Xavier Becerra, the leader of a coalition of states defending the law in court, already has promised to appeal. The process will take months at a minimum, even with the states pressing for a speedy resolution because of the uncertainty O’Connor’s ruling creates and the potential effects on the insurance markets.

If the U.S. Court of Appeals for the 5th Circuit reverses O’Connor, chances that the Supreme Court would hear the case are slim. If the 5th Circuit agrees with O’Connor, high court review becomes very likely because the justices almost always weigh in when a federal law has been struck down. But even then, the Supreme Court wouldn’t hear the case before the fall of 2019 at the earliest, with a decision unlikely before the spring of 2020 — in the midst of the presidential and congressional campaigns.

Obamacare is ruled unconstitutional by Federal Judge Reed O’Conner because there is no penalty to not buy it. Most likely it will move to a higher court. 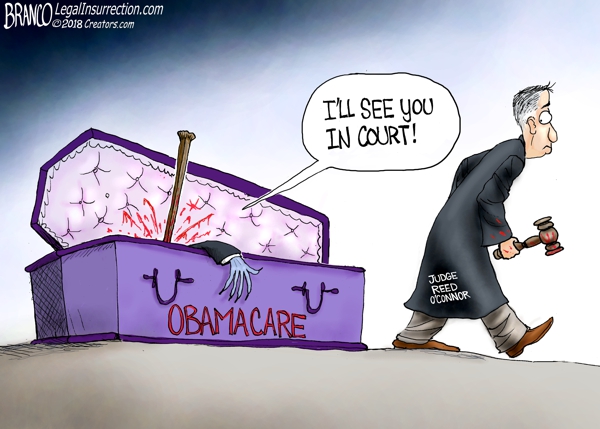 Push It, Push It Real Good

Donald Trump has been putting his yuge nuke button to good use in regard to his current agenda.

Democrats are in desperate need of a candidate that they feel has a chance to beat Trump in the upcoming 2020 election. 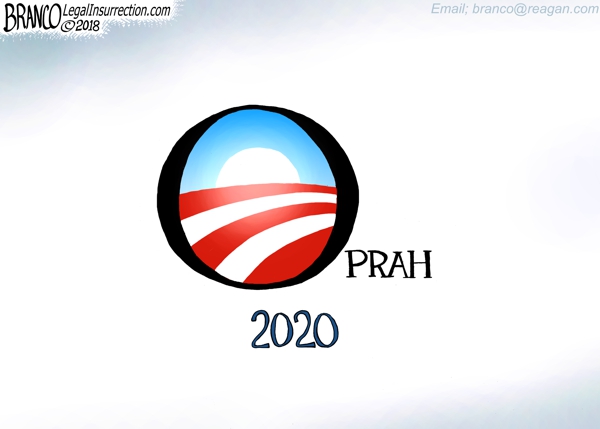