The 77-year-old, who won a record 24 Grand Slam singles titles, made the comments while giving a sermon at her Victory Life Church in the Australian city of Perth. Addressing the issue of trans athletes competing in male or female sports, the Christian pastor said: “You know with that LGBT, they’ll wish they never put the T on the end of it because, particularly in women’s sports, they’re going to have so many problems.”

She also claimed children as young as seven were beginning to change gender, adding: “It’s so wrong at that age because a lot of things are planted in this thought realm and they start to question, ‘what am I?’

“You know, even that LGBT in the schools, it’s of the devil, it’s not of God…”

Court is known as an opponent of gay unions and stated in the past that lesbianism on the women’s tour has a corrupting influence on young players, as Breitbart Sports reported.

Twelve-times grand slam champion Billie Jean King last year called for Court’s name stripped to be from the Australian Open showcourt in Melbourne because Court’s views on sexuality, including the claim that “tennis is full of lesbians”, are offensive to her. 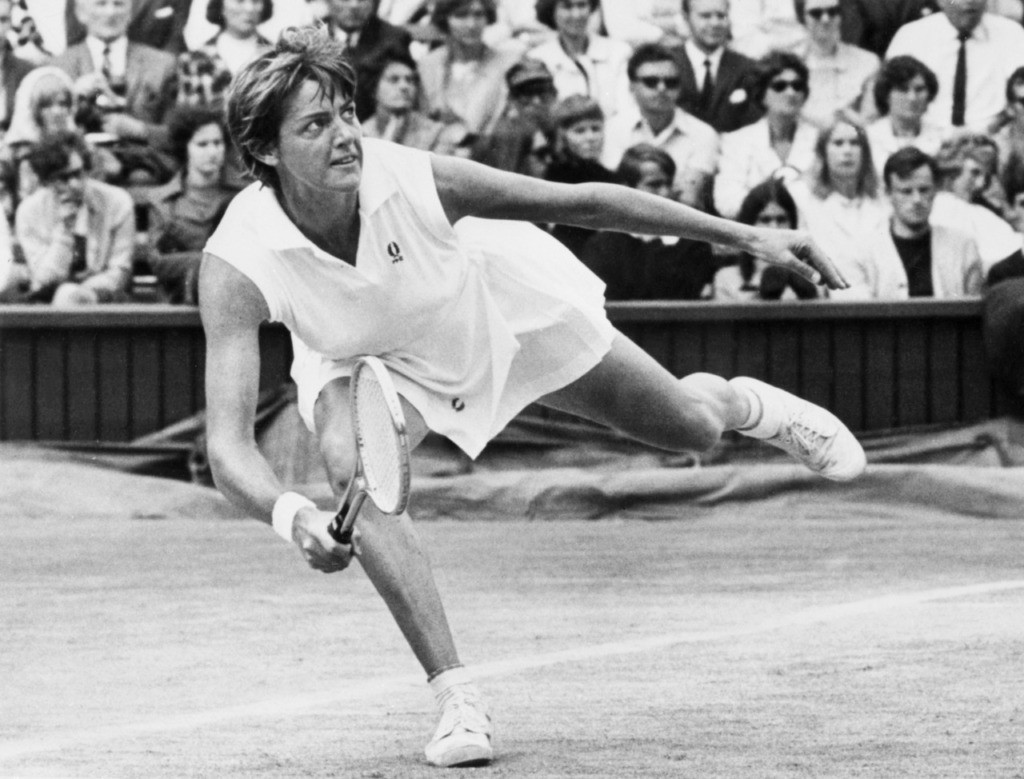 Australian tennis player Margaret Court-Smith plays a forehand, 03 July 1970, during the Wimbledon championships in London. Court-Smith won 24 women’s singles titles in Grand Slam tournaments, 11 of them in Australia, between 1960 and 1973. (AFP via Getty Images)

Despite the backlash from modern players, Court does not resile from her opinions. In fact she doubled-down on her controversial views regarding sexuality during the sermon. She said:

You have got young people taking hormones and having changes, by the time they are 17 they are thinking, ‘Now I’m a boy and really I was a girl’. Because you know what, God made us that way.

Court also highlighted the difficulty of talking about her religious beliefs, claiming “the devil” controlled parts of the media and government.

“The devil gets in and the media and the political, the education, TV — he wants to control a nation so he can affect people’s minds and mouths,” she said.

“I can go on television and if I say, ‘well, this is what the Bible says’, well, it’s like opening a can of worms. My goodness, you’ve let a torpedo off or something. No it’s true, because they hate the word of God.”

The 2020 Australian Open — where Court has been invited to attend as a special guest — commences Tuesday, January 14th in Melbourne.

AFP contributed to this story


Breitbart News reported a man opened fire in the church Sunday morning, only to be shot and killed when a good guy with a gun returned fire. Fox News reports that a second parishioner who serves on the church security team shot the attacker as well.

The immediate responder is the most important. The citizen responder. Because even though the chief’s brave officers were here in less than a minute … by the time they got here, the shooting was over. And that always happens, that over 50 percent of shootings, our first responders, it’s usually over when they get there, no matter how hard they try.

Hero Jack Wilson on Texas Church Shooting: ‘I Feel like I Killed Evil’


CBS DFW identifies the Texas church hero as Jack Wilson, a gentleman who is both a member of the church security team and a candidate for Hood County commissioner.

He made clear that he does not consider himself a hero:

I just want to thank all who have sent their prayers and comments on the events of today. The events at West Freeway Church of Christ put me in a position that I would hope no one would have to be in, but evil exists and I had to take out an active shooter in church.

“I am very sad in the loss of two dear friends and brothers in CHRIST, but evil does exist in this world and I and other members are not going to allow evil to succeed,” he added. “Please pray for all the members and their families in this time. Thank you for your prayers and understanding.”

NBC News reports that Wilson owns a gun range, which is where he trained for a moment like the one that arose Sunday at church.

When asked how he is dealing with killing another man, Wilson said, “I don’t feel like I killed a human, I killed an evil and that’s how I’m coping with the situation.”


Farmer is the pastor at West Freeway Church of Christ, the site of the December 29, 2019, attack wherein armed parishioners took out a gunman almost immediately after he fired a round.

ABC News aired video of Farmer praising both the response and “kindness” shown by law enforcement.

He then shifted his attention to armed congregants, saying, “We lost two great men today, but it could have been a lot worse. And I am thankful that our government has allowed us the opportunity to protect ourselves.”

Just in case some of you young whippersnappers (& some older ones) didn’t know this. Be sure and show it to your kids. They need a little history lesson on what’s what. And it doesn’t matter whether you are Democrat of Republican. Facts are facts!!!

Since many of us have paid into FICA for years and are now receiving a Social Security check every month — and then finding that we are getting taxed on 85% of the money we paid to the federal government to ‘put away’, you may be interested in the following:

Then, after violating the original contract (FICA), the Democrats turn around and tell you that the Republicans want to take your Social Security away! And the worst part about it is, uninformed citizens believe it! If enough people receive this, maybe a seed of awareness will be planted and maybe changes will evolve. Maybe not, some Democrats are awfully sure of what isn’t so.

REMEMBER: CONGRESS GIVES THEMSELVES 100% RETIREMENT FOR ONLY SERVING ONE TERM!!!

For all our readers in California. Please check out the following PDF LINK, and then PLEASE share it with as many people as possible. The Socialist in Sacramento is at it again deceiving voters with carefully crafted propositions. Please help stop the deception.

Nancy Pelosi is facing the new year 2020 with little to celebrate and no proof of a crime in their Impeachment case. 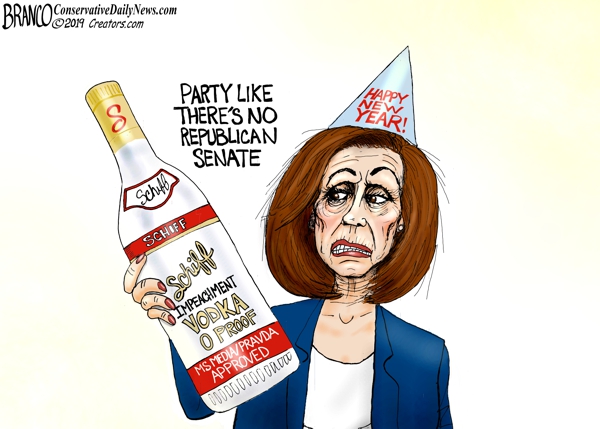