A transgender “woman” from Wyoming was convicted last week of sexually assaulting a 10-year-old girl inside a bathroom.

Michelle Martinez, who is actually a man by the name of Miguel Martinez was found guilty of first and second-degree sexual abuse of a minor and is facing a prison sentence of up to 70 years.

Martinez, who is a family friend, invited the girl into the bathroom of a home on March 23, and touched her breasts and genitalia before penetrating her. The girl told her mother immediately after the assault, who then reported it to Casper Police.

After the attack, the girl told police “it hurt inside,” according to the Casper Star Tribune.

Nurses at the Wyoming Medical Center performed a sexual assault exam on the minor and found redness and abrasions around the girl’s genitalia.

When police initially questioned Martinez about the assault, she became “noticeably hostile and defensive” and said the girl was “talking crap” before denying being a child molester. Martinez also called the accusations a “publicity stunt,” the Tribune reported.

See, this is exactly what we warned would happen. 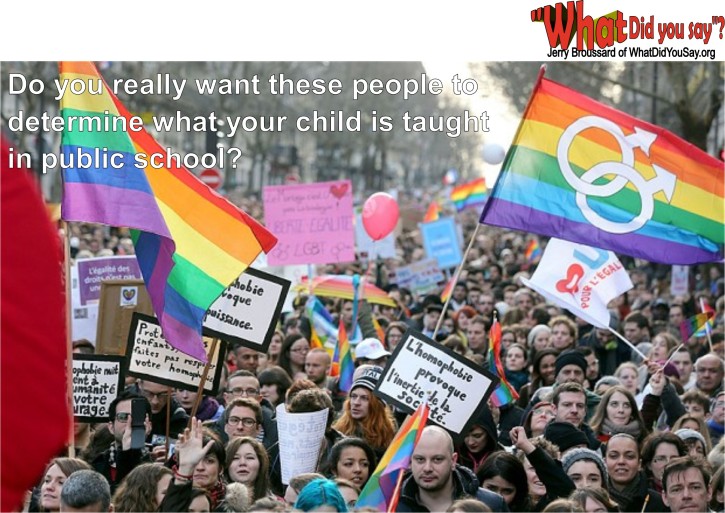 Do you know why? Because these people are mentally sick and there is absolutely nothing stopping them from doing this.

Men who think that they are women are literally mentally sick. It is an impossible circumstance because a person cannot change their DNA in such a fashion to alter their chromosomes from XY to XX. It’s just not a reality.

I can’t be a woman any more than I can be a tiger, or a rock, or a cucumber.

So when you put perverts in a situation where they can do something like it, you can expect it to happen. That doesn’t mean that it’s always going to happen, but is it something you want to take a risk on?

A federal judge in North Dakota on Thursday blocked a new Obama administration rule that would give the federal government jurisdiction over some state waterways. U.S. District Judge Ralph Erickson of North Dakota issued a temporary injunction against the rule, which gives the U.S. Environmental Protection Agency and Army Corps of Engineers authority to protect some streams, tributaries and wetlands under the Clean Water Act. The rule was scheduled to take effect Friday. “The risk of irreparable harm to the states is both imminent and likely,” Erickson said in blocking the rule from taking effect.

Thirteen states led by North Dakota asked Erickson to suspend guidelines that they say are unnecessary and infringe on state sovereignty. The federal government says the new rule clarifies ambiguity in the law and actually makes it easier for the states to manage some waterways. It wasn’t immediately clear if the injunction applied to states other than the 13 led by North Dakota.”

State officials in North Dakota said the new rule will cost the state millions of dollars and take away from more important programs. State Agriculture Commissioner Doug Goehring said there’s “confusion and anxiety” among farmers and other landowners over the initiative.

North Dakota congressman Kevin Cramer called the judge’s ruling a “victory:” “North Dakota landowners and energy workers and their peers around the country will be temporarily spared the devastating consequences of an onerous rule. This is appropriate, given the judicial history of this issue and its impact on states and property rights. The injunction provides time for Congress to continue working toward a fix and for a complete judicial review of the legal merits of the rule.”

At the very least, state officials argued, more time was needed to study the rule, which was finalized on May 27.

The government lawyers said during a hearing in Fargo last week that North Dakota’s objection wrongly assumes some bodies of water will be affected. They also argued the state is already going through some of the permitting procedures they’re complaining about.

North Dakota Attorney General Wayne Stenehjem — along with attorneys general and officials from 30 other states — sent a letter last month to the EPA and the Army Corps asking that the law be postponed at least nine months. Lawyers for the states say they heard nothing back from the government, so they filed a request for a preliminary injunction.

The federal government said the request for an injunction was better suited to be heard by the 6th U.S. Circuit Court of Appeals rather than a federal judge, but Erickson rejected that notion.

“The Waters of the United States rule is unlawful and an abuse of executive power,” said Julia Slingsby, press secretary of the Natural Resources committee in a statement to Fox News. “The judge’s decision to block the rule— which was challenged by 13 states – is encouraging, especially as EPA’s credibility has been questioned in the past month. The EPA needs to be stopped before it does more harm to our nation’s precious water resources.”

EPA Decree Shrinks Size of Wyoming by a Million Acres

Why is the EPA altering state boundaries in Wyoming – and reversing over 100 years of established law?  Well, apparently the city of Riverton now falls under the jurisdiction of the Wind River Indian Reservation.  This, obviously, isn’t sitting well with the governor’s office – which is urging the EPA to reconsider its ruling and respect the rule of law.

Reacting to the decision to reduce the size of Wyoming by about a million acres, Wyoming Governor Matt Mead warned of the dangers to all Americans of this type of unilateral land redistribution by the EPA:

“I understand that the Northern Arapaho and Eastern Shoshone Tribes have a different opinion about the Wind River Reservation Boundary. My deep concern is about an administrative agency of the federal government altering a state’s boundary and going against over 100 years of history and law.

“This should be a concern to all citizens because, if the EPA can unilaterally take land away from a state, where will it stop?” Governor Matt Mead said in a press release on January 6.

Gov. Mead added, “The Attorney General’s petition shows that, in conjunction with the Tribes, Congress diminished the Wind River Reservation in 1905. Given the fundamentally flawed process and decision and the likelihood of irreparable harm, the EPA should put a hold on its decision and reopen its process to incorporate all of the available evidence, give interested parties an opportunity to respond to the facts and arguments and complete its review in a transparent manner. The State has also asked the EPA to stay its decision until a final judicial decision has been issued.”

When Wyoming received the EPA’s unpublished decision granting the Tribes “Treatment As State” status on December 9, 2013, Gov. Mead called on the state’s attorney general to challenge the decision:

“It is outrageous to me that a regulatory agency has proposed changing jurisdictional boundaries established by history and the Courts. I have asked the Attorney General to challenge this decision and defend the existing boundaries of the reservation.

The business and economic reporting of CNSNews.com is funded in part with a gift made in memory of Dr. Keith C. Wold.