“Diversity is our strength,” or so the left constantly claims. That bumper-sticker view of the world is

used to justify endless immigration from decidedly non-Western cultures… but now reality is starting to set in.

Sweden’s experiment with mass Islamic immigration is definitely bringing “diversity,” but it’s much more violent than liberals want to admit.

The left-leaning European country “has been experiencing an unprecedented surge of gang shootings, bombings and sexual assaults,” reported the  U.K. Times.

“In Malmö, where a fifth of the 340,000 inhabitants are under 18, children as young as 14 roam the streets with Kalashnikov assault rifles and bulletproof vests,” the newspaper reported. “The average age of gang members is 22, the vast majority of them hailing from migrant families.” 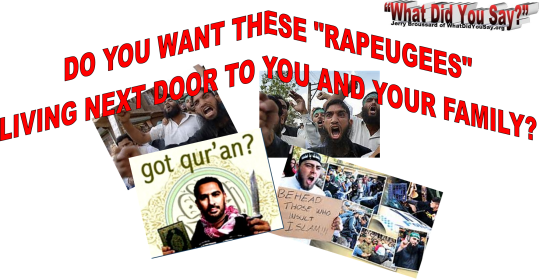 The situation is becoming so bad that Swedish officials are now admitting that they don’t have the resources to investigate rapes immediately, because violent gang crimes are so prevalent.

“We are forced to choose between two evils,” police told the Times.

Government officials and the media may try to dance around the issue, but the simple fact is that much of the rising crime is linked to groups of immigrants, many from Muslim nations.

“For a long time the Swedish establishment played down the decay of immigrant-dominated suburbs, but it can no longer ignore the explosion of violence,” reported The Times.

“Statistics published last week revealed the percentage of women who reported being victims of sex crimes rose from 1.4% in 2012 to 4.1% in 2016. In 2014 a study on the geography of outdoor rape in Stockholm found two-thirds of the suspects were non-Swedish citizens,” the paper elaborated.

In many ways, what is happening in Sweden is a microcosm of trends here in the United States.

Liberals who claim to stand for feminism also promote the mass importation of cultures that have appalling track records on women’s rights — and the same leftists who let them in are then “shocked” at the results.

“Our government declared itself the world’s first feminist government, yet they have quietly abandoned women,” stated Paulina Neuding, a Swedish author who is speaking out about the impact of mass immigration.

“There is mounting evidence that large-scale migration of men from extremely patriarchal cultures is limiting women’s freedom,” she continued. Let’s be honest:

It really isn’t that hard to understand. Despite the posturing of liberals, not all cultures are the same, and not every group of people has the same values. Some are closely compatible with Western values and do well in countries like Sweden.

Many others, however, have no desire to assimilate but see the West as a target to exploit and dominate. It’s the right of every country to carefully decide whom to let in, and whom to politely — or forcefully — turn away.

This may not look nice on a bumper sticker, but it is reality.

Coexist and welcome everybody with open arms, regardless of their background. That liberal sentiment may look fine on bumper stickers, but what happens when a group of people has absolutely no interest in “coexisting” with you?

A young television reporter in Italy just found the answer, but both her safety and worldview were put at risk in the process. Francesca Parisella is a corespondent for Matrix Channel 5, based in Rome. According to BizPac Review, she and her cameraman were covering a story about African refugees camped out at a Rome train station.

Instead of being welcomed and granted enlightening interviews, however, Parisella and her camera operator were forced to flee in terror.

“Their hope is especially to reach Milan … and then to move to Northern Europe,” the reporter began to explain to the camera while live on the air, according to a translation provided with the YouTube video. “It’s important to know that this reception –“

Parisella never finished that sentence. Her tone shifted to fear and an assault began to unfold.

You can watch the clip here (WARNING: Some viewers may find these images disturbing):

Parisella and the cameraman struggled to put words together while running away from the scene.

“They assaulted us, Nicola!” she exclaimed.

Her next words were directed at the people on the street.

The crew back at the news station could only watch in horror as the incident continued.

Parisella and her cameraman barely managed to escape unharmed, thanks to a taxi driver who reportedly pulled the pair off the street and into the safety of his cab.

“Francesca is upset but she is fine. They destroyed the camera and shook the operator,” Porro explained to viewers several minutes later. “Thanks to a taxi driver, if not, it would be a lot worse.”

“The police told me that I was very lucky,” the reporter confirmed on Twitter. Then, referring to the taxi driver, she added, “Roberto saved my life.”

There been no official confirmation that the people who attacked Francesca Parisella were immigrants, but her statements and the video of the incident strongly suggest that this was the case.

It is unfortunately not the first time — and likely not the last — that refugees have attacked people in a country where they are guests. Not long ago, a Muslim immigrant attempted to stab a woman at a camp in Austria. A similar event occurred in Germany. Here in the United States, numerous attacks have been carried out by immigrants and refugees from Muslim countries. A Somali refugee carried out a stabbing attack in Ohio just months ago, while a shocking terrorist attack that killed 14 people at a Christmas party in California involved a radical Muslim immigrant.

It shouldn’t take dramatic attacks on journalists for the world to realize a simple fact: Not all cultures share Western values, and you cannot “coexist” with people who see you as a sexual object, enemy or target.