Hey kids, today’s Secret Word is ‘loophole’. Can you count all the times he says it in this clip? Every word he says here is wrong… including ‘and’ and ‘the’.

Who needs to actually ‘know’ any ‘facts’ when you have an audience who hates gun rights and is more than ready to buy any lie you sling at them?

What he lacks in knowledge, he more than makes up for in righteous indignation. And emotion — rather than facts — seems to be the coin of their realm.

It that long ago that AOC who said: “I think that there’s a lot of people more concerned about being precisely, factually and semantically correct than about being morally right.”

The ‘morally correct’ position (as they see it) is to oppose gun ownership, lawful or otherwise because they are convinced that gun ownership endangers lives.

The townhall question was “how can we talk about being free when we live in fear of gun violence; what is your plan to ensure our safety?”

He set his sights (so to speak) directly at the ‘evil’ NRA, showing himself as the clown that he is. The only things missing from this over-rehearsed performance were a single glistening tear (like Obama’s) and maybe some jazz hands.

We are going to bring the fight to the NRA who wants to represent corporate gun owners … corporate … gun corporations… uh… manufacturers more than they want to represent the people because this is what they’re doing to Americans. They are defending loopholes, like that loophole that if a man who is convicted of beating his wife he can find a loophole to go out and find a gun and murder her. They are defending not their membership, but loopholes like the loophole that says [voice trembling] that someone on the terrorist no-fly list in our country can still go to a gun show and buy weapons. Somebody who’s convicted of a violent crime can still find a loophole to go and buy a weapon.”

Thanks for that community theatre performance there, Spartacus. But your delivery and content both need some work.

First off, the NRA is not ‘in the pocket’ of manufacturers. They don’t need to be. They are funded by millions of citizens, thank-you very much. It’s called a ‘grass-roots’ movement. Democrats used to pretend to care about such things.

The NRA is doing work that no liberal will do — they are defending the Constitution as written.

If you look carefully at the American founding documents, you might notice there is this thing called the Bill Of Rights. On that document, you will find a list of enumerated points that are pretty important to the American system of government, including a particular phrase on there that says ‘shall not be infringed’.

The NRA (and similar groups) are standing up against morons like Booker who don’t think American citizens can or should be trusted with such rights. They also think that teens too young to walk into an R-rated film should be entrusted with the right to vote… but that’s a subject for another day.

Don’t think we haven’t noticed AOC gleefully bullying banks into who and what they can lend money for: Occasional-Cortex Wants YOUR Gun – She’s Cool With CONFISCATION or how she’s already seen how that power relates directly to the battle over gun ownership. “Not everything has to be done through legislation explicitly,” Ocasio-Cortez

But Booker is picking a fight with NRA’s advocacy. Let’s look at the ‘Loopholes’ he’s talking about.

Man convicted of beating his wife can find a loophole to go out and find a gun and murder her. 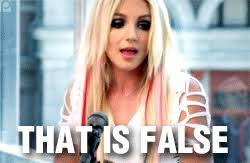 If you are registered as a felon, you cannot legally buy a gun.

What gun advocates want is precisely the opposite. They want the woman facing a threat of violence to have the right to own a gun for her own protection without an unreasonable waiting period that further endangers her safety, something gun-grabbers directly oppose.

Have there been any problems with that list? Has the ACLU railed against it as being unconstitutional? Have people been wrongly barred from travel?

A Muslim family of 11 from the UK was barred from flying to Disney because of a no-fly list.

Two days after the family was stopped from boarding their flight, another British traveller, Ajmal Masroor, an imam and lecturer based in London, was turned away from boarding a flight to New York.

“USA has the right to issue and revoke visa – I fully understand that,” Masroor wrote in a Facebook post. “However not forwarding any reasons infuriates ordinary people. It does not win the hearts and minds of people, it turns them off. I am amazed how irrational these processes are but does USA care about what you and I think? I don’t think so!”
Source: Guardian

Spartacus would be outraged by those people being barred from flying — but not American citizens being stripped of their Second Amendment rights without due process, without their knowledge, and without any recourse of having those rights restored if they had been wrongly stripped of him.

Someone convicted of a violent crime can buy a weapon?

If you mean the lawful purchase of a firearm, (as opposed to a machete or a bat) you’re wrong. But we’re not expecting serious answers about gun safety from the party that objected ICE being notified if an illegal alien tried to purchase a firearm, are we?

Even Sutherland Springs — the killer was legally disqualified from owning guns, but the government screwed up the paperwork and he wasn’t added to the FBI database. The NRA actually WANTS these problems fixed, and violent felons stopped from purchasing firearms.

For a detailed look at the loopholes themselves, you can check out The Federalist, which gave it the dragging it deserved.

Cory Booker is behind AOC and the “Green New Deal” that includes doing away with cow farts and air travel, costing taxpayers upwards of 7 trillion dollars. 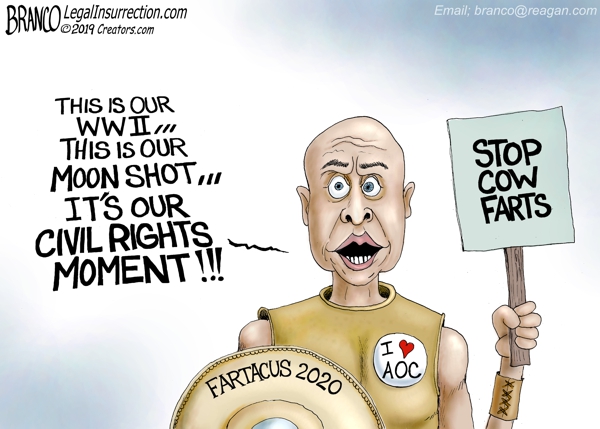 When gay black actor Jussie Smollett said he was attacked by white men who yelled some stuff about “MAGA,” it didn’t take long for the liberal rage machine to mobilize.

“Smollett, 36, was walking on the 300 block of E. North Lower Water Street when two men approached him and ‘gained his attention by yelling out racial and homophobic slurs towards him,’ Guglielmi says in a statement.

“Two unknown offenders — it is unknown if they were male or female — then attacked Smollett, hitting him in the face and then poured an unknown chemical substance on him.

“At some point during the scuffle, one of the offenders wrapped a rope around the victim’s neck and then both offenders fled the scene, the statement reads.”

Smollett took himself to Northwestern Hospital, where the incident was reported to police, according to CBS Chicago.

There was one problem with this “modern-day lynching” narrative: None of that “MAGA country” stuff was originally mentioned to police and they’re having trouble corroborating the fact that the attack even happened.

“According to the victim, the offenders’ faces were concealed,” a police spokesman said, according to Reason. “We have no record indicating that (they shouted ‘MAGA’), we only have record of them shouting racial and homophobic slurs at him.”

A statement from Chicago Police confirmed that, Reason reported.

“We have no record of the ‘MAGA Country’ comment,” the statement said, according to Reason. “We have racial and homophobic comments documented.”

CNN reported that when police heard about the accusation and called the actor, he “relayed it to detectives in a supplemental interview.”

But then again, there’s some doubt as to whether the attack even happened.

In an area that has a “very high density” of surveillance cameras, according to the police spokesman’s statement, there is not a single image of an attack like the one Smollett described.

“A Chicago police spokesperson tells CNN that investigators canvassed the neighborhood where the reported attack occurred on actor Jussie Smollett and have found no still images or video from security cameras of the incident,” CNN reported.

“The only image of Smollett police obtained from security cameras was inside Subway Sandwich shop near the location of the reported crime, the actor was standing alone.”

For all I know, Smollett really was attacked by bigots who shouted the phrase “MAGA country,” and ambitious, Democratic politicians who are calling this a “a modern-day lynching” are absolutely justified. But here’s the thing — I’m going to wait to see whether or not that’s the case, as everyone else should have.

It hasn’t even been a fortnight since the Covington Catholic incident, and the lesson we were should have taken away from that “teachable moment” — be careful dealing with stories that confirm your cultural narrative — has been lost.

No fewer than two senators with eyes on the 2020 Democratic nomination have taken this accusation as gospel because they can use it as an illustration of supposed Trump-fueled hate coursing through the country, even though no arrests have been made and the evidence is scanty. If this turns out to be a hoax, Sens. Booker and Harris own this, as do the legion of liberals who tweeted this out without waiting for a fuller investigation.

Even if this turns out to be true, what they did was supremely irresponsible. That these two individuals are in the Senate is bad enough. Just imagine one of them in the White House, backed by a legion of people who think Donald Trump supporters are irresponsible bigots, but are willing to blame white Donald Trump supporters for a hate crime without any charges or even direct physical evidence. It will make the Obama years look like pure reason.

C. Douglas Golden is a writer who splits his time between America and Southeast Asia and believes in free speech and the Second Amendment.
@CillianZeal
Facebook

The Definition of Insanity

Obama says we should vote for Democrats to bring some sanity back to our politics. LOL. 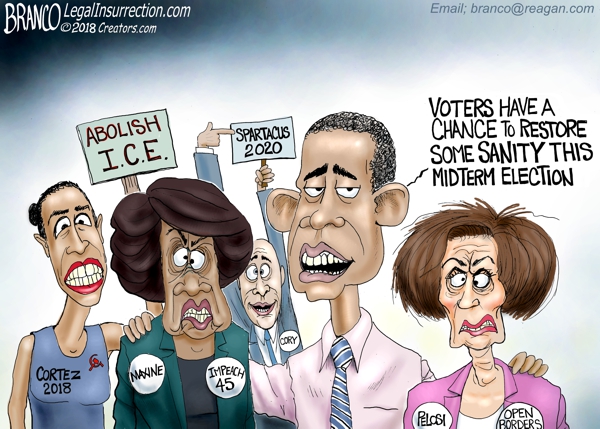 Cory Booker is exploiting the Kavanaugh Hearing to grandstand to make way for his presidential run in 2020. 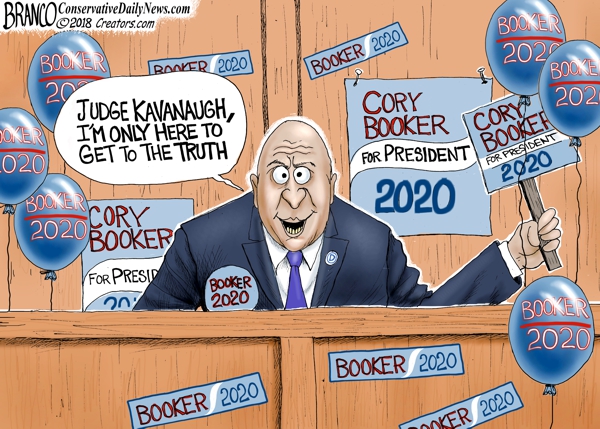