They are not even trying to convince us any more. They are now using brute force to coerce us into COVID fascism, including forced injections, so they have no need to even hide their false information.

In Pfizer’s FDA briefing document prepared for the Oct. 25 meeting was an admission that even according to the company’s own unverified and misleading math, there is a scenario where there would be more hospitalizations among children for myocarditis — just one side effect — than from COVID. “Under Scenario 3 (lowest incidence), the model predicts more excess hospitalizations due to vaccine-related myocarditis/pericarditis compared to prevented hospitalizations due to COVID-19 in males and in both sexes combined,” states Pfizer in page 33 of the document.

How in the world could there be any universe where we would approve a shot, much less promote and force it in many settings, when there is a possibility of greater harm than benefit, when the harm is man-made and the virus is left to chance? They know quite well that this approval will eventually lead to soft and hard mandates, which have already begun in California schools.

The document concludes by expressing the same callous attitude toward those raising concerns as toward all their interventions from day one. “However, in consideration of the different clinical implications of hospitalization for COVID-19 versus hospitalization for vaccine-associated myocarditis/pericarditis, and benefits related to prevention of non-hospitalized cases of COVID-19 with significant morbidity, the overall benefits of the vaccine may still outweigh the risks under this lowest incidence scenario.” In other words, sure, we have no clue what’s going to happen, but it’s always better to err on the side of shoving this on children who have a 99.9% recovery rate.

Moreover, there are a couple of obvious factors that demonstrate clearly, by their own admission, the shots pose more risk than benefit:

The question everyone should be asking is, “What is the Number Needed to Vaccinate (NNTV) to prevent a single COVID-19 fatality in this age group, and how many people will we kill, maim, and weaken their immune systems on the way to achieving that number?” Dr. Toby Rogers, an economist and statistician, laid out the numbers in simple arithmetic last week. He concludes that if you give Pfizer 80% effectiveness against the 57 reported fatalities over this six-month period, it would work out to saving 45 lives after vaccinating 28 million children. So, the NNTV to prevent a single COVID death would be 630,775 (28,384,878 / 45), but because it’s a two-dose regimen, you would need 1,261,550 total injections.

Now what about the risk? If you take the 128 reported vaccine deaths among those ages 12-24 as a baseline, then utilize Kirsch, Rose, and Crawford’s estimate that VAERS undercounts fatal reactions by a factor of 41, that would amount to 5,248 fatal side effects during the same period of time. Thus, in order to save 45 children, we’d kill 5,248 — for a ratio of one kid saved for 117 killed. And again, this analysis doesn’t account for the fact that for healthy children, there are essentially zero COVID deaths, more than half the children likely already had COVID, there are other treatments available, and on the risk side, we don’t know if there are long-term side effects that will create excess deaths well beyond the shot’s six-month window of efficacy.

Additionally, we don’t even know if those getting the shot now will enjoy anywhere near this degree of efficacy given that the virus is rapidly changing. What we do know, however, from the adult vaccinations, is that adults are more vulnerable to the virus for the first month, then again as the vaccine wanes after six months. Plus, Pfizer’s trial shows that more than half the children experienced cold or flu-like symptoms from the shots. So they admit that there were no cases of serious illness in the control group and are thus using the shot to merely prevent a flu, yet it will likely give them flu-like symptoms up front and make it more likely they will get the virus after six months.

Indeed, there has never been such a lopsided risk-benefit ratio to any medical device approved by our government, even on a limited basis, much less used to bribe and shame children into injecting. As Dr. Eric Rubin, member of the FDA’s advisory committee on vaccines and editor of the New England Journal of Medicine, said during the Oct. 26 meeting: “We’re never going to learn about how safe the vaccine is unless we start giving it, and that’s just the way it goes.”

Editor’s note: This article has been corrected to note that Dr. Rubin is a member of the FDA’s advisory committee on vaccines, rather than the CDC’s Advisory Committee on Immunization Practices (ACIP). 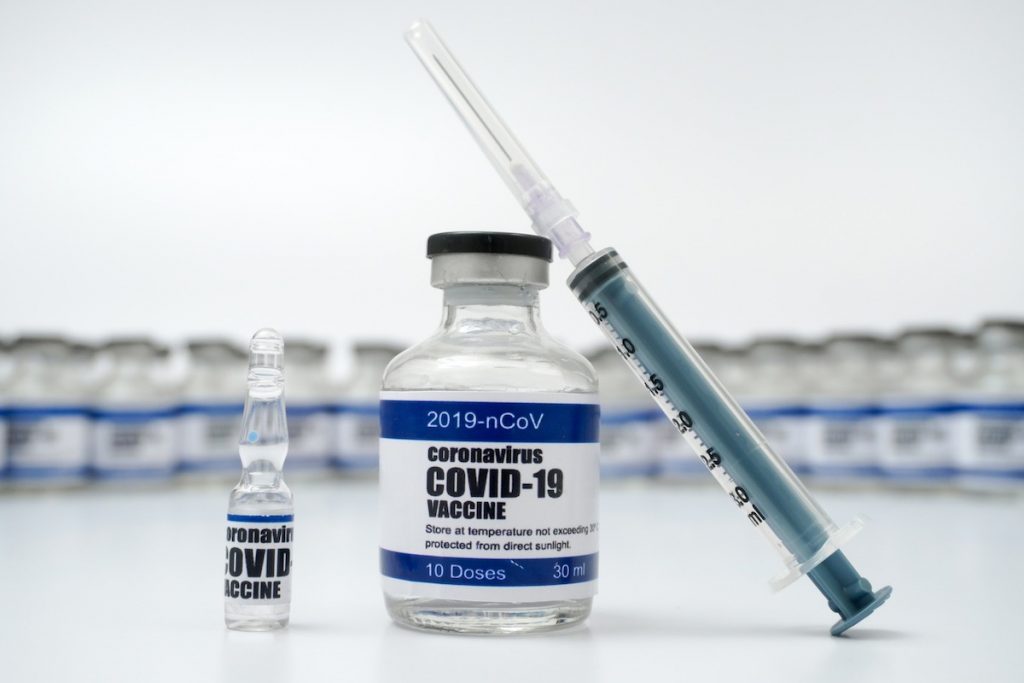 Roughly 20 million people could be vaccinated against the coronavirus in December, the head of the Trump administration’s vaccine and drug accelerator said Friday. Americans can expect that about 25 to 30 million people could be vaccinated each month afterward, said Moncef Slaoui, co-lead of Operation Warp Speed, during a Rose Garden event with President Donald Trump and other top health officials.

That timeline depends on the Food and Drug Administration authorizing the emergency use of one or more vaccines — which could happen in a matter of weeks, Slaoui noted.

Pfizer announced promising data this week suggesting its vaccine is more than 90 percent effective, and has said it will apply to FDA later this month. Moderna, which is working closely with the National Institutes of Health, is preparing to announce its own efficacy data in a matter of days. An emergency-use application could soon follow, Slaoui said.

But while manufacturers have developed coronavirus vaccines in record speed, and dozens more are still in the pipeline, Slaoui’s projections mean it will likely take months just for first-priority groups such as health care workers and the elderly to get a shot.

Both the Pfizer and Moderna vaccines are given as two doses, effectively cutting in half the government’s initial order of 100 million doses from each of the those manufacturers.

But Slaoui added that there could be more authorized vaccines in the spring, boosting chances for more people to get vaccinated. Four vaccines, including the Pfizer and Moderna shots, are now in late-stage U.S. trials, and at least one other company plans to start such a study this month.

“We may be able to immunize a larger number of Americans on an ongoing basis, per month,” Slaoui said after name-checking other promising candidates from AstraZeneca and Johnson & Johnson.

The government has not yet released a comprehensive plan to distribute any coronavirus vaccines, including how it will handle logistics for shots that need to be shipped in below-freezing temperatures and outreach to skeptical communities.

Because of the real-world challenges of vaccine distribution and supply, federal health officials including CDC Director Robert Redfield project that broad access will not be a possibility until summer 2021.