REPORT: US Cash Is Being Airlifted Into Afghanistan

U.S. and international officials are preparing to airlift U.S. cash into Afghanistan for humanitarian assistance while “denying assets” for the Taliban government and its leaders, according to Reuters. Emergency funding for Afghanistan, aimed at preventing a humanitarian crisis amid food shortages and political upheaval, would see U.S. cash flown into Kabul for distribution through banks, Reuters reported. Officials reportedly plan to send $200 in direct cash to Afghans without involving the Taliban.

The U.S. and Europe have reportedly discussed creating an international trust fund to bypass the Taliban government and fund local services. International groups such as the World Food Program and the United Nations are also considering flying in U.S. cash, officials said, according to Reuters.

The Taliban takeover of Afghanistan and departure of U.S. troops has led foreign donors and investors to pull billions from the country.

The International Monetary Fund suspended Afghanistan’s access to its resources, including $460 million in emergency reserves on Aug. 18. The World Bank halted aid to Afghanistan one week later due to concerns about “development prospects, especially for women,” the BBC reported.

The U.S. also froze billions of dollars in assets from accounts held in Afghanistan’s central bank, a Biden administration official told Axios. The move has prevented the Taliban government from accessing an estimated $9.4 billion in international reserves.

Around 75% of public spending in Afghanistan had been financed by foreign grants prior to the Taliban takeover, according to the World Bank. International groups warn that 14 million Afghans are facing hunger and the country’s economy could collapse amid a major cash shortage.

“If the country collapses, we will all pay the consequences,” a senior European Union official said, according to Reuters. “No one wants to rush into a recognition of the Taliban, but we need to deal with them. The question is not if … but how.”

By Nidal al-Mughrabi and Maayan Lubell 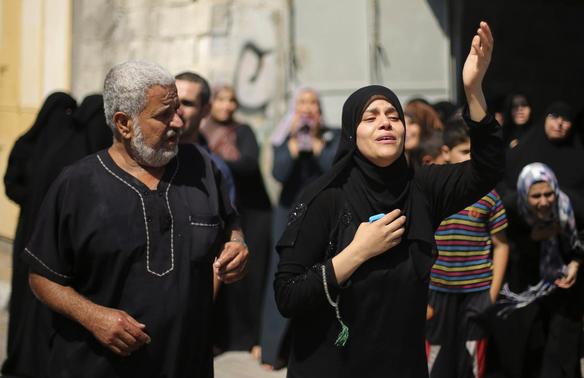 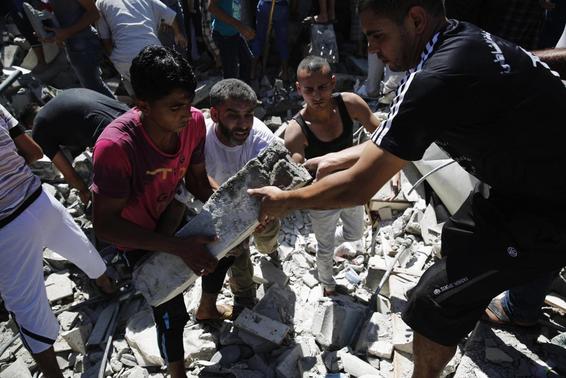 GAZA/JERUSALEM (Reuters) – A brief Israeli truce to allow aid to reach Palestinians ended on Monday amid accusations of strikes by both sides, while Jerusalem was rocked by two attacks that appeared to be a backlash against the war in Gaza.

Palestinians said Israel had bombed a refugee camp in Gaza City, killing an eight-year-old girl and wounding 29 other people, in an air attack after the start of the truce.

An Israeli military spokeswoman said there had been no strikes since 10 a.m. (0700 GMT), when the seven-hour truce started. She said four rockets had been fired from Gaza later and two had crashed inside Israel. There were no reports of casualties or damage.

In Jerusalem, a Palestinian driving an excavator ran over and killed an Israeli and then overturned a bus, in what police described as a terrorist attack. Police shot the excavator driver dead; there were no passengers on the bus.

Several hours later, a gunman shot and wounded a soldier near Jerusalem’s Hebrew University before fleeing on a motorcycle, police said.

Israel had announced its ceasefire to free up humanitarian aid and allow some of the hundreds of thousands of Palestinians displaced by almost four weeks of war to go home.

The military is wrapping up the main objective of the ground assault, the destruction of cross-border infiltration tunnels from Gaza, and it has told residents of some towns they can return home.

A spokesman for Prime Minister Benjamin Netanyahu said, however,

Israeli forces would be on both sides of the border once the tunnels operation ended.

“The campaign in the Gaza Strip goes on,” said a statement from Netanyahu’s office.

“What is about to end is the Israeli military’s handling of the tunnels, but the operation will end only when a prolonged period of quiet and security is restored to Israel’s citizens.”

A Reuters photographer on the Israeli side of the border, near Rafah, said some ground forces who were deployed in southern Gaza had pulled back into Israel.

Israel launched its offensive on July 8 following a surge in Hamas rocket salvoes. It escalated from air and naval barrages to overland incursions centered on Gaza’s tunnel-riddled eastern frontier, but also pushed into densely populated towns.

Gaza officials say 1,831 Palestinians, most of them civilians, have been killed and more than a quarter of the impoverished enclave’s 1.8 million residents displaced. As many as 3,000 Palestinian homes have been destroyed or damaged.

Israel has lost 64 soldiers in combat and three civilians to Palestinian cross-border rocket and mortar fire that has emptied many of its southern villages. Iron Dome interceptors, air raid sirens and public shelters have helped stem Israeli casualties.

Palestinian groups, including representatives from Hamas and Islamic Jihad, held their first formal meeting in Cairo on Monday with Egyptian mediators hoping to pave the way towards a durable ceasefire agreement with Israel.

Egyptian mediation, supported by the United States and the United Nations and also involving Qatar, Turkey and Western-backed Palestinian President Mahmoud Abbas, has been complicated by the dramatically divergent terms set by Israel and Hamas.

Israel, which is not attending the talks after accusing Hamas of failing to abide by previous ceasefires, has said Gaza must be stripped of tunnels and rocket stocks.

Hamas rules this out, and demands an easing of the crippling Gaza blockade enforced by both Israel and Egypt, which consider the Palestinian Islamists a security threat.

In Cairo on Sunday, Palestinian delegates said they also wanted Israel to withdraw from Gaza, facilitate reconstruction of the battered territory and release Palestinian prisoners.

The Israelis, however, have shown little interest in resuming negotiations after blaming Hamas for violating Friday’s truce with the Rafah ambush – an accusation echoed by the United States and the United Nations, though disputed by Hamas.

“Egypt will now discuss the Palestinian demands with the United States and Israel,” an Egyptian diplomatic source said.

Egyptian diplomats said that while Cairo might contemplate easing the limited freedom of movement across its own border with Gaza, it was unlikely to accept Palestinian calls to allow a normal flow of trade.

Israel’s truce announcement met with suspicion from Gaza’s ruling Islamist Hamas movement and followed unusually strong censure from Washington at the apparent Israeli shelling on Sunday of a U.N.-run shelter that killed 10 people.

An Israeli official said the ceasefire, from 10 a.m. to 5 p.m. (0700 to 1400 GMT), applied everywhere but areas of the southern town of Rafah where the military intensified assaults after three soldiers died in a Hamas ambush there on Friday.

Mark Regev, spokesman for Netanyahu, told CNN that Israel’s goal with the truce was “to assist with the humanitarian relief” of the people of Gaza.

Italy said it was sending 30 tonnes of supplies including tents, emergency generators and water purification kits to ease living conditions in Gaza.

Media in Britain reported that a British aid worker was killed on Sunday during an Israeli strike in Rafah while he was delivering supplies to a hospital. The British Foreign Office said it was looking into the report.