The ad opens with a bible verse: “Beware of false prophets, which come to you in sheep’s clothing, but inwardly they are ravening wolves.” It then cuts to footage of President Trump quotes before he was President and footage of him attacking Democrats. Next, it pokes fun at Christian leaders who support him and mixes the footage together attempting to make evangelicals look like fools.

The ad ends with saying “If this is the best American Christians can do, then God help us all.”

In a tweet, a member of the Lincoln Project Rick Wilson said, “We’re just getting started.”

The Lincoln Project is just another angry rhino never-trumpet group led by George Conway similar to Bill Kristol’s group Republicans For The Rule of Law.  Liberals and never-trumpers have taken their hatred of President Trump and are now focusing it on evangelicals because they strongly support the President and helped get him elected. The ad is an obvious attempt to shame Christians who support President Trump and hurt his base.

I watched the entire ad and most of the cuts that the group used were President Trump attacking the media, violent protestors who infiltrated his rally, and Democrats. One clip, in particular, was when President Trump told Jim Acosta to sit down because he is “Fake News.”

There is nothing more righteous than calling out a liar like Jim Acosta and using emotion to speak out against the coup that has tried to remove President Trump from office.

If anything this ad makes me want to vote for President Trump, even more, just knowing that it’s going to piss off George Conway, Bill Kristol, and other liberal elitists.

This video isn’t going to hurt President Trump, all it really is are liberals attacking Christians because they are mad at them for supporting President Trump; only elitists and liberals will like this video. 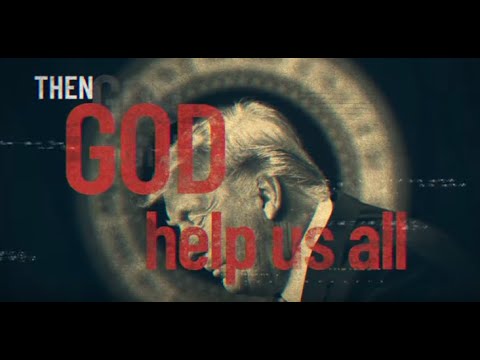