We reported previously that the groups behind the riots in the US include domestic terrorists, Black lives Matter, US Islamists and others linked to the Democrat Party. These protests are organized – bricks are being delivered uninhibited to riot sites.

In cities around the US bricks are being delivered to riot locations and used to destroy property.

In Boston and Houston bricks are being delivered.

Who is setting up the bricks? No construction going on in these areas but pallets of bricks in cities across the country ready the throw 🤷🏻‍♀️ just popping up everywhere.

Someone has to be looking into this! Right?

Citizen Free Press says ‘follow the bricks’ – there you will find who is subsidizing these riots:

In New York City bricks are being picked up by police:

NYPD removing bricks from Ave X in Brooklyn. Bricks have been places strategically around Brooklyn in anticipation of protests. ANTIFA is way more organized than politicians pretend. 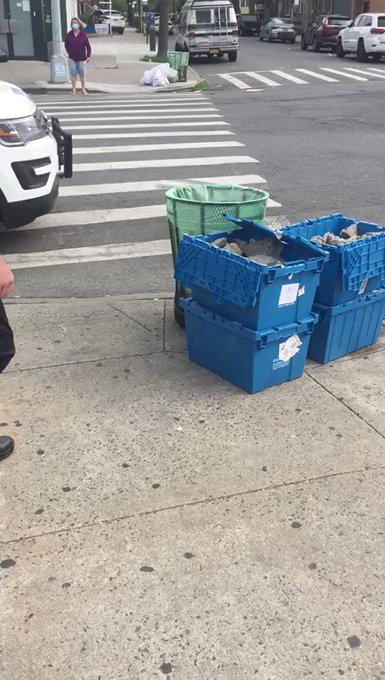 6,149 people are talking about this

Find who are shipping the bricks and you find who is behind these criminal riots!

Joe Hoft
Joe Hoft is the twin brother of TGP’s founder, Jim Hoft. His posts have been retweeted by President Trump and have made the headlines at the Drudge Report. Joe worked as a corporate executive in Hong Kong and traveled the world for his work, which gives him a unique perspective of US and global current events. He has ten degrees or designations and is the author of three books. His new book: ‘In God We Trust: Not in Lying Liberal Lunatics’ comes out soon.
@joehoft

Comments on: "MUST SEE EXCLUSIVE: Mysterious Stacks of Bricks Are Being Delivered to Numerous US Cities – More Evidence Riots Are Organized!" (1)