She also has no love for radical Islam and their violence. And she is certainly not a fan of Ilhan Omar and Rashida Tlaib.

She says what we are seeing from them is nothing short of full-blown Islamic propaganda and that they are apologists for radical Islam.

“These are professional victim-mongering women who unfortunately have been elected to Congress but are using every tool in the playbook of the Muslim Brotherhood. They are using Islamic tactics to invert reality. What they are seeking — they have a grotesque Holocaust envy.” 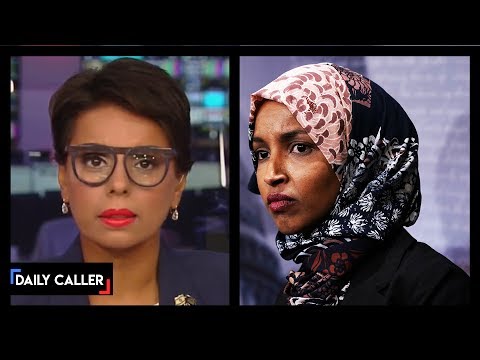 From The Western Journal

Ahmed was referring to a news conference the liberal congresswomen held Monday during which they denounced Israel’s behavior in prohibiting them from traveling to the country and allegedly attempting to keep Palestinian voices from being heard, as The Daily Callernoted.

This is not the first time that the two congresswomen have attacked Israel. Their criticism of the stalwart U.S. ally is even better known than their consistent anti-America rhetoric.

The two have almost single-handedly dragged the entire Democratic Party into a philosophical quagmire over anti-Semitismand anti-Zionism.

By being extremely vocal and forcing the issue publicly, the two have put other Democratic lawmakers in positions to be asked about their support for Israel.

Ahmed’s contention that Omar and Tlaib are using Islamist propaganda amounts to her saying the two congresswomen are doing the work of radical Islam as they de-legitimize Israel and stir up increased anger against the U.S. ally.

This is not far off from what conservatives have been able to claim about the two for some time.

Based on what Ahmed says, the answer is a resounding yes.

Woman Sues California After She Catches A Medieval Disease