Republican Texas Sen. Ted Cruz introduced legislation Friday that would use COVID-19 education-related funding to improve the security at schools across the U.S. The legislation, first obtained by the Daily Caller, is titled the Protect Our Children’s Schools Act and is a Senate companion to legislation introduced by Republican Texas Rep. Randy Weber. The bill would allow schools to use unspent previously appropriated Federal COVID-19 education-related funding to improve school security. The bill requires the Department of Education to make all un-obligated federal COVID relief funds that are available to the secretary of education for school safety purposes. As of May 2022, states have not spent the majority of their relief funding. Cruz’s legislation would try to improve school security in K-12 elementary and secondary schools.

“Far too many atrocities have been committed at schools in Texas and across our nation. Increasing school safety is of paramount importance. The excess and unused monies given to schools to address the coronavirus should be used to keep our kids safe from monsters in their communities, and our bill would make sure local schools can use these funds to address their specific security needs,” Cruz told the Daily Caller before introducing the legislation.

“It’s teachers and local education officials who know best what their schools need, and how to use funds to keep our kids safe when they go to school,” Cruz added. (RELATED: EXCLUSIVE: Rep. Roger Williams Calls On Pelosi To Pass School Security Bill, Forget ‘Partisan Gun-Control Package’)

“My district knows too well that evil people do evil things, and we know the importance of protecting our children in schools. As we approach a new school year, our children should feel safe and secure when they walk through the doors, and that’s why I introduced a commonsense bill to harden schools,” Weber told the Daily Caller before Cruz introduced his legislation. (RELATED: Ted Cruz Introduces Legislation To Send Illegal Immigrants To Martha’s Vineyard, Other ‘Democrat-Led Communities’)

McCarthy To Pull Every Republican Member From The Jan. 6 Committee

House Minority Leader Kevin McCarthy said he would pull every Republican member from the House Select Committee to look into the Jan. 6 riot at the U.S. Capitol after Speaker of the House Nancy Pelosi rejected the recommendations of Ohio Rep. Jim Jordan and Indiana Rep. Jim Banks, two sources familiar told the Daily Caller.

“Monday evening, the Minority Leader recommended 5 Members to serve on the Select Committee. I have spoken with him this morning about the objections raised about Representatives Jim Banks and Jim Jordan and the impact their appointments may have on the integrity of the investigation. I also informed him that I was prepared to appoint Representatives Rodney Davis, Kelly Armstrong and Troy Nehls, and requested that he recommend two other Members,” Pelosi said in the statement.

“With respect for the integrity of the investigation, with an insistence on the truth and with concern about statements made and actions taken by these Members, I must reject the recommendations of Representatives Banks and Jordan to the Select Committee. The unprecedented nature of January 6th demands this unprecedented decision,” Pelosi added. 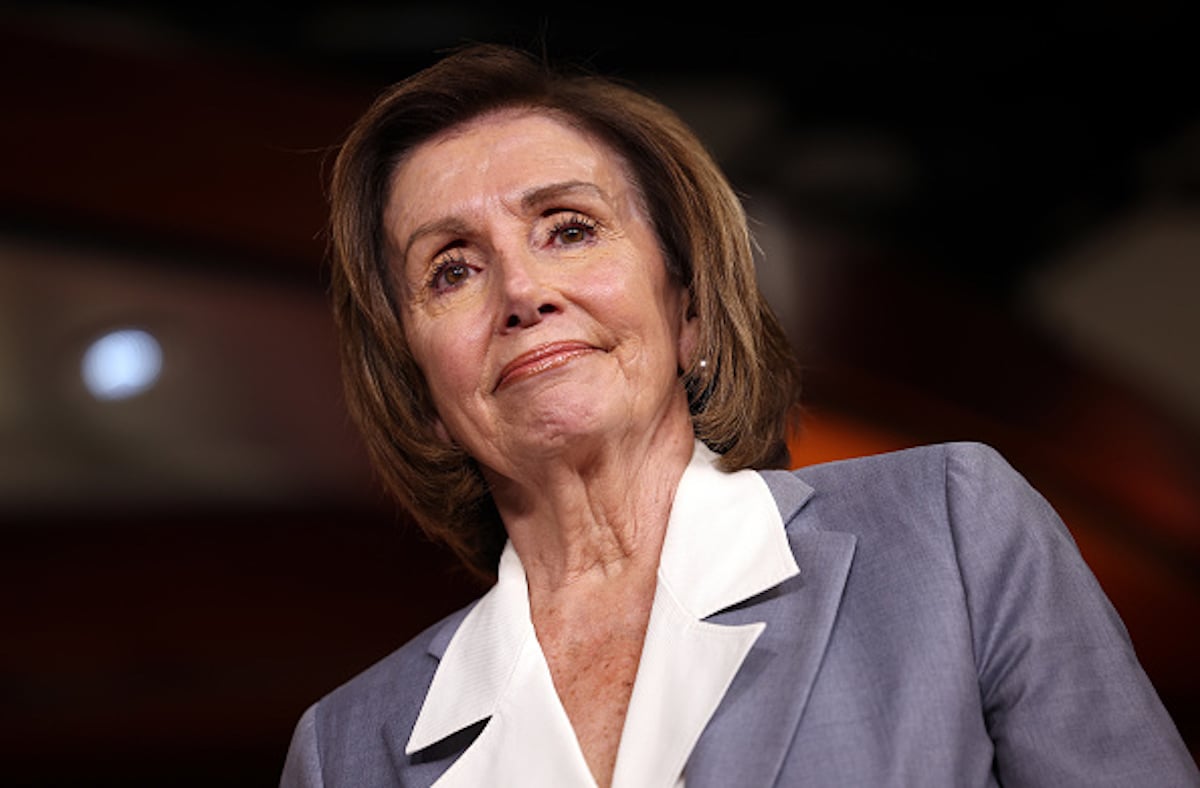 Speaker of the House Nancy Pelosi (D-CA) speaks at a press conference on the INVEST in America Act on June 30, 2021 in Washington, DC. The act directs federal funding into repairing roads and bridges and improving transit systems around the country. (Photo by Kevin Dietsch/Getty Images)

Pelosi announced in late June that she would be establishing the select committee. The House then approved a resolution to form the committee weeks after Senate Republicans killed a bipartisan commission in late May. The House Select Committee announced it will hold its first hearing July 27. The resolution authorized Pelosi to select eight members to serve on the committee and McCarthy to select five. The resolution ended up passing in the House 222 to 190, with two Republicans joining all Democrats in voting in favor. Those two Republicans were Illinois Rep. Adam Kinzinger and Wyoming Rep. Liz Cheney.

Pelosi picked her panelists. One of them is Cheney.

McCarthy announced his opposition to a Jan. 6 commission in May. McCarthy has said he would like the commission to investigate violence committed by Black Lives Matter and Antifa throughout the summer of 2020, as well as the Capitol riot.

“Putting Adam Schiff and Raskin on it looks more like an impeachment committee than one that wants to get to the bottom of the questions that are still out there,” McCarthy said in an interview with Fox News.