A constitutional attorney says Democrats have engaged in Soviet-style propaganda and smear tactics in an attempt to derail Brett Kavanaugh’s confirmation to the United States Supreme Court.

During Thursday’s impassioned address before the Senate Judiciary Committee, Kavanaugh called out the Democrats for the way they have treated him and his family.

And then committee member Lindsey Graham weighed in.

“I cannot imagine what you and your family have gone through,” he said to Kavanaugh before turning his attention to the Democrats. “Boy, y’all want power. God, I hope you never get it. I hope the American people can see through this sham.”

“They engaged in Soviet-style propaganda and smear tactics — the likes of which we have never seen before in the United States,” he observes.

But Barber believes even some Democrats will ultimately vote for Kavanaugh’s confirmation and says, “I think that Judge Kavanaugh will be confirmed by anywhere from a two- to five-vote margin.”

Presidential counselor Dr. Robert Jeffress adds that the left is hurting more than Judge Kavanaugh, as he believes the Democrats’ attack may backfire come November.

“Democrats are trying to destroy the most basic foundation not only of America’s legal system, but of God’s sense of justice that dates back to Moses, and that is the presumption of innocence,” the pastor submits.

He says treachery in Washington has reached appalling new heights.

And as America starts to see behind the curtain, Jeffress says conservatives in particular are paying attention, and he believes what has been revealed should be “a strong motivation for everyone to vote in the midterms.” 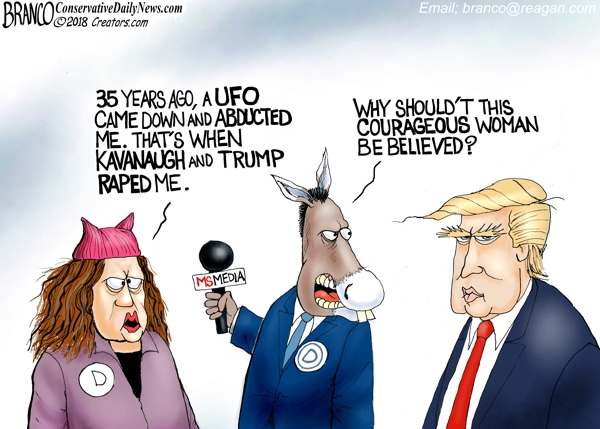