Obama Thanks Americans for Supporting Destruction of the Internet

As Ron Paul notes today the FCC is a non-elected federal government agency that has arbitrarily decided — without a vote from Congress or permission from the American people — to regulate the internet. Paul characterizes this as “the largest regulatory power grab in recent history” that will undoubtedly have serious consequences for the average internet user, including the possibility of “de facto censorship of ideas perceived as threatening to the political class – ideas like the troops should be brought home, the PATRIOT Act should be repealed, military spending and corporate welfare should be cut, and the Federal Reserve should be audited and ended.” In addition, the move will likely force online broadcasters and websites like Infowars.com and Drudge to provide “equal opportunities for political opponents.” The FCC is not shy about announcing this is what it plans to do.

Obama and the federal government have bent over backwards to portray net neutrality as a win for the little guy. In fact, despite all the siren warnings about socialism and the FCC by Obama’s opponents, the agency is in the pocket of the telecommunications industry and always has been. Its current appointed boss, Tom Wheeler, is a former lobbyist for the cable and wireless industry, with positions including President of the National Cable & Telecommunications Association and CEO of the Cellular Telecommunications & Internet Association.

“The closer you look at Wheeler’s selection, the more questionable it appears. After being poorly led for more than a decade—particularly under the disastrous tenure of Michael Powell, son of Colin—a strong argument can be made that the last thing the F.C.C. needs is an industry insider with close ties to many of the companies it oversees,” John Cassidy wrote back in 2013 when the White House nominated Wheeler to head up the agency.

Net neutrality is a classic Trojan horse. It will be used not only to censor speech and marginalize opposition to the political class, but will also deliver the internet to large and forever consolidating media corporations.

In the News: Ron Paul says secession is ‘good news’ 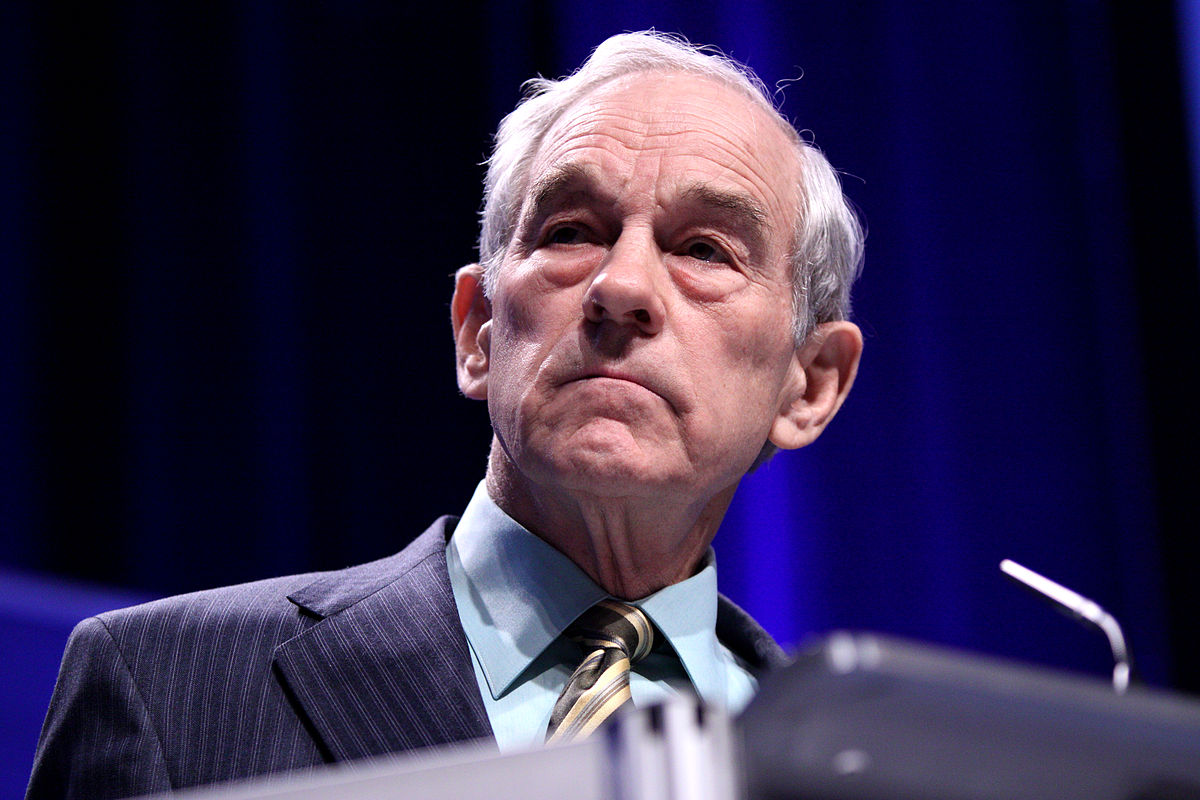 He also referenced the nullification movement in which state governments do not to adhere to federal laws they deem unconstitutional.

“I would like to start off by talking about the subject and the subject is secession and, uh, nullification, the breaking up of government, and the good news is it’s gonna happen. It’s happening,” Paul said.

Ron Paul is a true patriot and has done much to advance the cause of freedom in this country. On this point, however, we’d like to point him to Article V of the Constitution, which describes a peaceful, constitutionally-sanction means to limit federal power.

Secession, of course, is not lawful. And if we’ve learned anything from history, we know it can have disastrous results. The federal government abuses its power, true, but if we have any alternatives to civil war, we should take them.

Nullification, while somewhat less extreme than secession, is the first step down that road. And the legality of nullification is equally dubious, as we explain in this document.

Article V, on the other hand, is perfectly legal (it’s in the Constitution), and it doesn’t carry with it the potential for violent results.

An Article V Convention of States can limit the federal government’s power and jurisdiction and stop the abuses of Washington, D.C. It can restore rightful power to the states, and return this country to its federalist roots.

Ron Paul Thinks There Should Be More Secessionist Movements in the U.S.

‘I think what is most important is we have a concrete right to secede,’ said Ron Paul.

September 30, 2014 Secessionists across the world were inspired by Scotland’s energetic attempt at independence from the United Kingdom earlier this month. Ron Paul, as it turns out, joined them.

In an essay on his eponymous institution’s website Sunday, the former U.S. congressman from Texas wrote that any supporters of freedom should cheer secessionism because it allows for smaller government—a constant mantra for the libertarian and perennial presidential candidate, who didn’t previously realize there were more than a handful of secessionist groups in the United States.

“I was real pleased with that, and a bit surprised,” Paul told National Journal. “But then, on second thought, you think, ‘Why not? Why not more?’ “

Fringe groups calling for states and regions to secede from the U.S., such as the Second Vermont Republic and the Alaskan Independence Party, gained more publicity in the weeks leading up to the Scottish referendum. As the outsized federal government continues to encroach on individual rights, Paul said, he thinks there will be a groundswell of these movements.

“It’s something that I think is going to grow, because the failure of the federal government is going to get much worse,” he said. “When the bankruptcy evolves, and maybe some of these pension funds are confiscated, and the wars never end, and bankruptcy comes forth, people [will say], ‘Hey, we’re getting a bad deal from this. Why don’t we leave?’ “

He added: “I think it’s inevitable people wanting to leave will be there, and the numbers will grow.”

Realistically, though, Paul said he doesn’t think any of these groups could actually succeed. Despite the founders’ own deep belief in secession—they gained America’s independence from Europe, after all—he said the Civil War set the precedent that secession would carry “very, very bad” results.

“By our history, the heavy hand of the federal government would come down,” Paul told National Journal. “They’d probably shoot ’em.”

In typical fashion, Paul argued that the principle of secession was more important than what could actually happen in reality. It’s the threat, he said, that’s important to keep the federal government in check.

“I think what is most important is we have a concrete right to secede,” Paul said. “Even if we never had any secession, or any state declare independence, we would be so much better off, because there would always be this threat. Once the threat of a state leaving was removed, it was just open-door policy for the federal government to expand itself and run roughshod out over the states because the states couldn’t do much.”

Given that his son, Sen. Rand Paul, R-Ky., will likely run for president in 2016 with a much better chance of winning than his father ever had, the elder Paul’s willingness to share his reasonably radical views seem imprudent, if not unexpected. In an election cycle that has often equated the politics of Ron and Rand, this latest remark is sure to annoy the potential 2016-er’s supporters.

For Rand’s sake, it’s fortunate that Ron didn’t express his support for the Texas Nationalist Movement or any other secessionist groups in the U.S. Before he’d back Texan independence, he joked, “I better check out and see who’s running Austin before we decide about that.”

Ron Paul: Syria Intervention Would be “Reckless and Immoral” – The Last Resistance

It’s striking how much the media control people’s political opinions without people realizing it. Just a few years ago, only an “isolationist” would be opposed to U.S. military intervention in a foreign country for the sole purpose of “humanitarianism.”

Way back in 2007, this is one of the very few interviews Sean Hannity did with Ron Paul. This particular exchange took place after one of the presidential debates:

Hannity: Are you saying then that the world has no moral obligation, like in the first Gulf War, when an innocent country’s being pillaged, and people are being raped and murdered and slaughtered, or in the case of Saddam, he’s gassing his own people, are you suggesting we have no moral obligation there? Do you stand by and let that immorality happen?

Paul: We have, on numerous occasions.

Hannity: You support that?

Paul: We have, on numerous occasions. If we feel strongly about it, why don’t we declare war —

Hannity: If a woman’s being raped do you stand by and do nothing there either?

Alan Colmes: We’re almost out of time, but the fact is the Reagan administration stood by while the Kurds were being gassed, it happened in 1988, we didn’t do anything —

Hannity: We didn’t do anything about it, for how many years?

Hannity: We got it, Ron, you would stand by and do that, I would not.

Hannity’s of course singing a much different tune nowadays, since being opposed to unconstitutional military interventions is kind of “cool” now. But Ron Paul was opposed to such interventions long before it was cool, and he’s remained steadfast for decades in his opposition.

A couple days ago, on his Ron Paul Institute for Peace and Prosperity website, he wrote that intervening in Syria would be a reckless and immoral use of the military:

“President Obama announced this weekend that he has decided to use military force against Syria and would seek authorization from Congress when it returned from its August break. Every Member ought to vote against this reckless and immoral use of the US military. But even if every single Member and Senator votes for another war, it will not make this terrible idea any better because some sort of nod is given to the Constitution along the way. Besides, the president made it clear that Congressional authorization is superfluous, asserting falsely that he has the authority to act on his own with or without Congress. That Congress allows itself to be treated as window dressing by the imperial president is just astonishing. The President on Saturday claimed that the alleged chemical attack in Syria on August 21 presented ‘a serious danger to our national security.’ I disagree with the idea that every conflict, every dictator, and every insurgency everywhere in the world is somehow critical to our national security. That is the thinking of an empire, not a republic. It is the kind of thinking that this president shares with his predecessor, and it is bankrupting us and destroying our liberties here at home.”

He hasn’t changed one bit. But people’s foreign policy views change depending on what their media channel of choice is feeding them. And the media narratives are written depending on which party holds the White House.

If Bush had decided to attack Syria because the leader was gassing his own people, then conservatives, fed by Fox News, would be all for it; and the liberals, fed by all the other networks, would be denouncing it.

I’m glad that conservatives are coming out in opposition to a war with Syria. What concerns me is that people don’t have any discernment, and that they’ll believe whatever their favorite media network tells them.

What if a Republican becomes president next, and he’s no better than Obama when it comes to foreign policy or the preservation of the 2nd and 4th Amendments (and all the rest) here at home? Will conservatives see through the propaganda that will most certainly be used by the media to sell tyranny to us? They’ll use the same excuses of “security and safety.” And I fear that most people who identify themselves as conservatives will swallow it, hook, line and sinker.

The sooner people get away from this phony “republican vs. democrat” dichotomy, the better off we’ll all be. We should be electing people who want to do the right thing, not the “Republican” thing. Think Rand Paul, Ted Cruz or Justin Amash. Sure, they’re Republicans. But to them, party affiliation is secondary to the Constitution.