Sunday, May 31st, Was Chicago’s Most Violent Day in Sixty Years With 18 Murders 18 people were murdered in the city of Chicago on Sunday, May 31st, making the day the most violent day in Chicago’s history dating back sixty years.

The day surpasses August 4th, 1991, when 13 people were killed. The University of Chicago Crime Lab can’t locate a day in the city’s history with more murders dating back to 1961.

Several of the murder victims were promising young people who appear to have been killed in little more than senseless arguments. Reporting from the Chicago Sun Times describes some of the deceased as high school students, a working-class father, and a college freshman who was gunned down after a petty argument at a bus stop.

Longtime gun control activist Rev. Michael Pfleger, a Catholic priest in Chicago, admitted that the city’s police department appeared to have largely given up on containing and deterring crime as widespread looting and violence spread throughout the city.

“On Saturday and particularly Sunday, I heard people saying all over, ‘Hey, there’s no police anywhere, police ain’t doing nothing,” said the liberal priest. “I sat and watched a store looted for over an hour. No police came. I got in my car and drove around to some other places getting looted [and] didn’t see police anywhere.”

Chicago Mayor Lori Lightfoot also revealed that the Chicago had received more than 65,000 911 calls over the weekend, a figure higher by an order of magnitude over the normal weekend 911 calls, which are usually around 15,000. However, the Mayor seems more concerned with condemning community members who peacefully band together to stop crime than with the ineptitude of the police.

The weekend broadly was the most violent this year in Chicago, with a grand total of 27 shooting deaths and 92 shootings.

92 shot, 27 dead— the most violent weekend so far this year in Chicago

25.7K people are talking about this

Although Chicago sustained some of the most severe looting and violence in the country that weekend, it appears unlikely that they’ll be any serious protests for the 18 residents of the city murdered on Sunday.

Chicagoland Mayor Rahm Emanuel ignores the problem of record numbers of shootings in his city while he focuses on the imminent crisis facing illegal immigrants under a Donald Trump Presidency.

Over the Christmas weekend 41 people were shot in Chicago.

Christmas weekend in Chicago has already become more violent than it was during the entire holiday weekend last year. Eleven people were killed and at least 30 others have been wounded in shootings across the city since Friday evening, according to Chicago Police. Last year, a total of 30 people were shot in Chicago over the holiday weekend, leaving six dead.
Read more: NBC 5 Chicago

According to Hey Jackass, the number is actually 46 from Friday through Sunday:

Then there’s this little bit of awkwardness:

I’ve compiled the stats for Chicago and Baghdad for 2016. In terms of gun violence, Baghdad is safer. #ChristmasEve #tcot #ccot #maga pic.twitter.com/WAByn4gA7c

So, what is Mayor Emanuel doing about it?

Well, in April he created a hasthag:

Today the Mayor and @Chicago_Police Supt. Johnson are meeting with Radio DJs and Hosts to kick-off #PutTheGunsDown. pic.twitter.com/OFTaCLOP2K

Well, that doesn’t seem to be working…

Hey Jackass reports the current number of shootings in Chicago this year alone is 4317:

Mayor Emanuel is busy protecting Illegal Immigrants from Donald J. Trump. He used $1 million in taxpayer money to set up a defense fund. Perhaps Mayor Emanuel should turn his attention to more pressing needs. Like learning how to prioritize.

Babu is the National Defense Minister for the aforementioned party. I actually did a segment on him and them in one of my more recent podcasts. You may link to it here.

In my podcast, I likened his desire of blacks to migrate to the states to reclaim their territory as being similar to the desire of ISIS, who also wish to reclaim territory for their own nation, the Caliphate.

I don’t know how it is going but I’m guessing this “new nation” business is one of those long-term goals.

You may then ask – what are his/their short-term goals? Well, it turns out one of the party’s short-term goals is to declare war. Babu is not real clear on who they wish to declare war on, so I’ll take a stab at it, considering his most recent declaration, and say it’s a war against cops.

He made these statements after the shooting of the black man in Milwaukee by a cop. Of course, the policeman was also black, but Babu either doesn’t know, or more likely, won’t mention it because that fact won’t advance his black militant agenda.

Babu spoke to Aaron Klein on radio and told him that, “What you see is people lashing out and fighting against the system. As it is said in the Second Amendment, you know. So this is not new. The people in this country have always defended themselves against tyranny. So I can liken this to a civil war.” 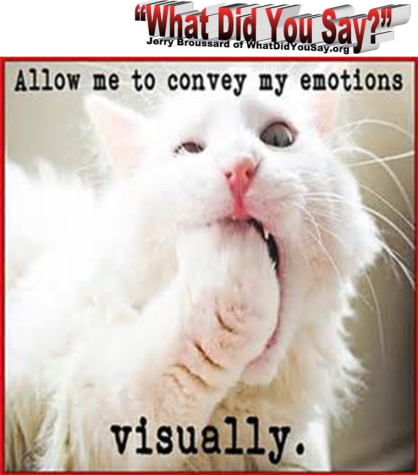 When it suits his purpose, Babu is more than willing to reference an amendment written by a white colonialist slave owner. The problem is that Babu is confusing the writing of one dead white guy with another. The Second Amendment, nor the Constitution says any such thing. I believe he is thinking of the Declaration of Independence. But… Tomato…Tomahto.

Going back to Babu’s point that black people are the ones being murdered – I agree with the Defense Minister. Blacks Are Being Murdered – but not Sylville Smith of Milwaukee.

I’m not a fan overall of police body cameras, but it worked in this case. The “black” police officers camera clearly showed that Smith (no relation) had a pistol (which was revealed to have been stolen – hello gun control) and was raising it toward the officer when the cop was forced to make a split-second decision to put him down. That Babu, is not murder. That is self-defense.

However, Babu is right about one thing. Blacks are being murdered at record levels – in the city of Chicago – by other blacks. Black on black murders are at historic levels and the overwhelming majority – easily over 90%, are committed by other blacks.

If Babu really wants to make a difference, maybe instead of migrating to the south, the Black Panthers should headquarter in Chicago and claim that territory. Maybe Mr. Omowale can “declare war” on black murders in the Windy City and leave the rest of us alone.