Who’s Next for Nadler: Trump’s Gardener? 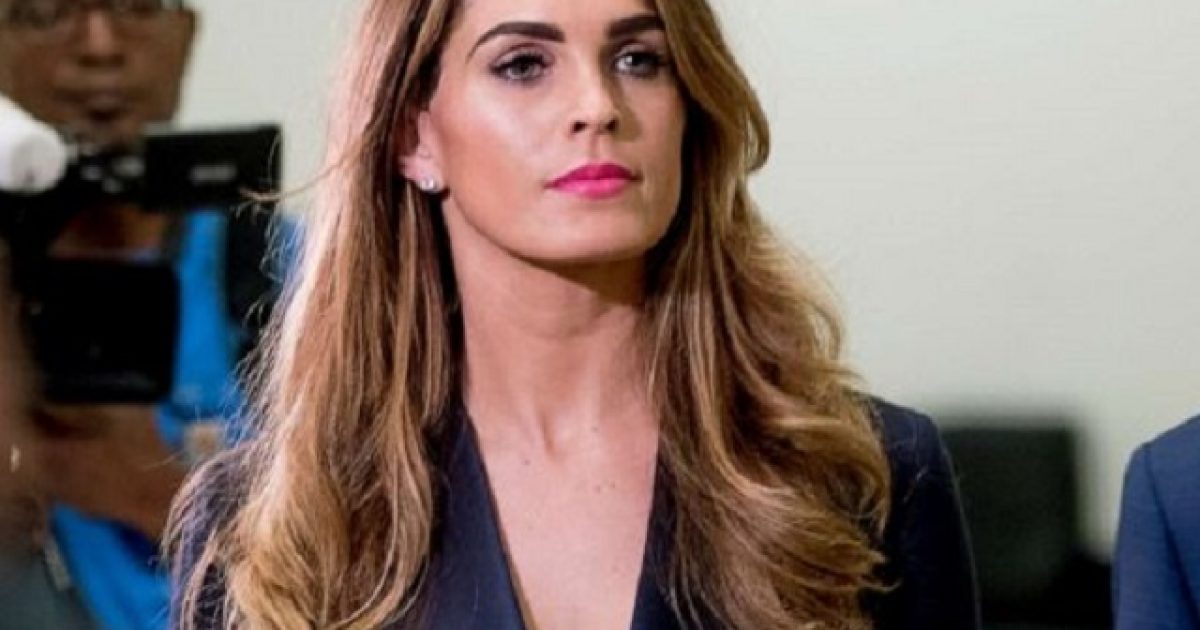 Another massive fail by Democrats who attempted the coup against President Trump.

Jerry Nadler throws around subpoenas like beads on Mardi Gras, as he continues his fishing expedition. And yet again, he brings his net in with nothing but algae.

Former White House Communications Director Hope Hicks was asked to testify about her dealings with President Trump. She complied.

So those who now try to cover their coup asked the 30-year-old public relations consultant and former fashion model about comments Trump made in a recent ABC News interview. Recall the president declared that he saw nothing wrong with reviewing damaging information about political opponents from a foreign government.

Though Hicks certainly can’t speak for the president, Democrats hoped for some salacious slip of the tongue from Hicks. Maybe Trump told her something she didn’t want out. After all, Democrats know how duplicitous they can be, so sure Trump fit the mold.

The Mueller Report exonerated the president, and for that Democrats believe he must pay. They figured Hicks’ testimony would provide the minty-fresh mouthwash they needed.

Hicks validated what President Trump said. So now what, Democrats?

Trump and staffers are consistent. He hasn’t backed down on his comments, despite the feigned outrage by the Left. Undoubtedly, every one of these Leftist maggots has and would accept a meeting on opposition research of their opponents, no matter the source. Trump knows this, which is why he stated the obvious.

Yet, Schiff now proposes legislation to make this illegal.

The irony of this is Schiff took a phone call from Russian comedians who tricked him into doing exactly what Democrats schemed to indict Trump Jr over. We documented at the time: What a moron Adam Schiff is.

He was hell-bent on finding dirt on Donald Trump, that Russian comedian punked his monkey butt. Vladimir ‘Vovan’ Kuznetsov, 30, and Alexei ‘Lexus’ Stolyarov, 28, called Schiff. They persuaded him to stay on the call for seven minutes as they outlined their fake claims. Adam Schiff can be heard discussing the committee’s Russia investigation and increasingly bizarre allegations about Trump with a man who claimed to be Andriy Parubiy, the chairman of the Ukrainian Parliament. Nowhere in that recording or in his actions afterwards did Schiff contact the FBI. But now he wants a law against what he did himself.

She had no relevant information about the president’s comments. She would only be giving her opinion. What else is new? The same was true of the Mueller Report.

So now Democrats scheme to retroactively make talking to “foreign powers about opponents” an illegal act.

Earlier in the week of Hicks’ testimony, an expert witness told the committee at a public hearing that Trump’s remarks to ABC could violate the presidential oath of office and provide evidence for any future impeachment inquiry.

“Receiving foreign assistance has been recognized throughout the entire history of the country as something that is counter to and undermines the Constitution,” said Carrie Cordero, a conservative attorney who is a senior fellow at the Center for a New American Security think tank. “That is an invitation … to Russian intelligence and any other intelligence service that’s out there that wants to try to find a way to influence our democratic processes,” she added.

And we all know the Democrats have never done such a thing, right?

To bolster her comment, Cordero also pointed to the Trump campaign’s use of hacked emails about Hillary Clinton. Hacked emails that became “public domain”.

Hicks was asked about the Wikileaks email. She commented that the Trump campaign was “taking publicly available information to draw a contrast between the candidates.”

Asked if the Trump campaign was “happy” to get the Wikileaks emails damaging to Clinton, Hicks said: “I don’t think that’s a fair characterization. I think “relief that we weren’t the only campaign with issues” is more accurate.”

Who’s next for Nadler?

Democrats have subpoenaed about everybody Trump ever talked to in his life. Pretty soon, Democrats will be interrogating landscapers at Trump properties, as they explain how much they love Trump. In broken English, of course. Don’t you know? Only Russians work for Trump. I bet you thought I was thinking “Spanish”, not “Russian”. Bigot!