Late last week there were three terror attacks carried out in three different countries after ISIS called for attacks on western targets during the Islamic holiday of Rahmadan. After the attacks, Homeland Security Secretary Jeh Johnson released a statement encouraging Americans to stay vigilant as the Independence Day, or July 4th, weekend approaches.

“Today’s terrorist attacks in France, Tunisia and Kuwait are a reminder of the evolving global terrorist threats. We stand in support of the people of those countries and mourn the loss of those killed. Particularly with the upcoming July 4th holiday, here in the United States the Department of Homeland Security and the FBI continue to communicate with state and local law enforcement about what we know and see. We are encouraging all law enforcement to be vigilant and prepared. We will also adjust security measures, seen and unseen, as necessary to protect the American people,” Johnson said. “We continue to encourage all Americans to attend public events and celebrate this country during this summer season, but always remain vigilant. ‘If You See Something Say Something™’ is more than a slogan. In our great country, acts of mass violence will never divert, discourage or frighten us. Today President Obama eulogizes the Reverend Clementa Pickney in Charleston. The alleged killer sought to divide us. Instead, his actions appear to have had the opposite effect in South Carolina, where people of different races have come together to denounce the tragedy and mourn those killed.”

The FBI and Department of Homeland Security have issued official warnings about the upcoming holiday weekend.

While there was no specific or credible threat of attack, the official said the intelligence bulletin prepared by the Department of Homeland Security and the FBI alerted local colleagues to the ongoing threats posed by the Islamic State and other homegrown extremists. The official was not authorized to comment publicly.

The bulletins are frequently issued in advance of major U.S. holidays out of an abundance of caution and concern that operatives may exploit the timing to generate greater attention.

The warning comes as federal investigators have worked to disrupt a number of Islamic State-inspired plots, including a planned assault earlier this month on police officers in Boston. In that case, authorities fatally shot Usaamah Rahim as he allegedly planned to attack police with military-style knives.

“No credible threat” means nothing when it comes to lone-wolf attacks inspired by ISIS or other radical Islamic terror attacks. They can strike at anytime. There wasn’t a “credible” threat against the May 2015 Mohammed cartoon contest in Texas either when we saw two terrorists open fire on the event. Luckily, they were immediately killed by prepared police in the parking lot. 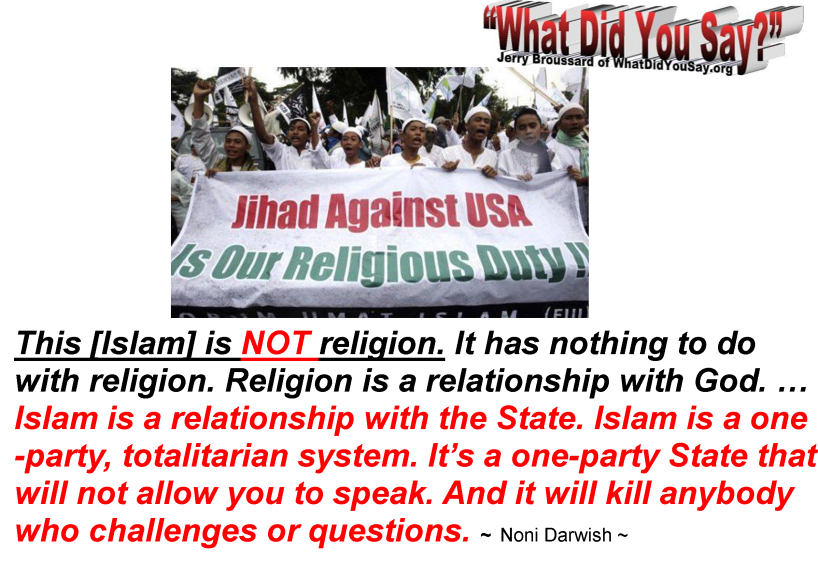 More than 100 convicted criminals who remained in the U.S. despite receiving deportation orders between 2010 and 2014 now face murder charges, according to the agency charged with carrying out such deportations of illegal immigrants. U.S. Immigration Customs and Enforcement reports that 121 convicted criminals who were never removed from the country face murder charges today.

In response, Sens. Chuck Grassley, R-Iowa, and Jeff Sessions, R-Ala., of the Judiciary Committee submitted a letter on June 12 requesting a “multi-departmental response” from Attorney General Loretta Lynch, Secretary of State John Kerry and Homeland Security Secretary Jeh Johnson. In their letter, Grassley and Sessions cite Immigration and Customs Enforcement statistics that show 1,000 of the 36,007 criminally-convicted illegal immigrants released from custody in fiscal year 2013 have been reconvicted of additional crimes.

The senators wrote that the murders committed by the 121 convicted criminals “could have been avoided” had they not been released. As a result, Grassley and Sessions are requesting an explanation from the Obama administration officials concerning the government’s decision to release the convicted criminals before deportation.

The senators also ask for information concerning the future of U.S. initiatives to deport convicted criminals and whether immigration officials are “fully leveraging existing tools and resources to prevent these dangerous outcomes.” However, Immigration and Customs Enforcement Director Sarah Saldana wrote in a recent letter that convicted criminals may be released, even if the convicted individuals face deportation charges. In fact, the agency states some individuals who face deportation charges are not required to be detained by law.

This primarily manifests itself though the Supreme Court’s ruling in Zadvydas v. Davis, which requires Immigration and Customs Enforcement to release those who are being detained if the deportation does not occur within 180 days. Of the 121 convicted criminals, 24 were released because Immigration and Customs Enforcement could not deport the criminals within 180 days, as lawfully required.

Additionally, Grassley and Sessions’ letter claims that the majority of convicted criminals released due to the Zadvydas v. Davis ruling are from one of 12 countries. Nearly one-third of these criminals are originally from Cuba. Grassley and Sessions requested a statement from Kerry to delineate actions planned to “incentivize cooperation” with Immigrations and Customs Enforcement’s removal efforts. Both senators also requested a response from Johnson asking if initiatives including the visa waiver program had been implemented in order to “promote compliance with ICE removal efforts among recalcitrant countries.”