Peter Doocy asked Psaki, “When do they get their green jobs?”

Psaki was clearly irritated by the questions.

Doocy wouldn’t back down and pointed out that tens of thousands of people are out of jobs who need money now to support their families.

“But there are people living paycheck to paycheck. There are now people out of jobs…It’s been 12 days since Gina McCarthy and John Kerry were here. It’s been 19 days since that EO, so what do those people who need money now — when do they get their green jobs?”

Psaki’s response? Joe Biden has a plan to roll out a plan about his plan.

“[Biden] has every plan to share more about his details of that plan in the weeks ahead,” Psaki said. 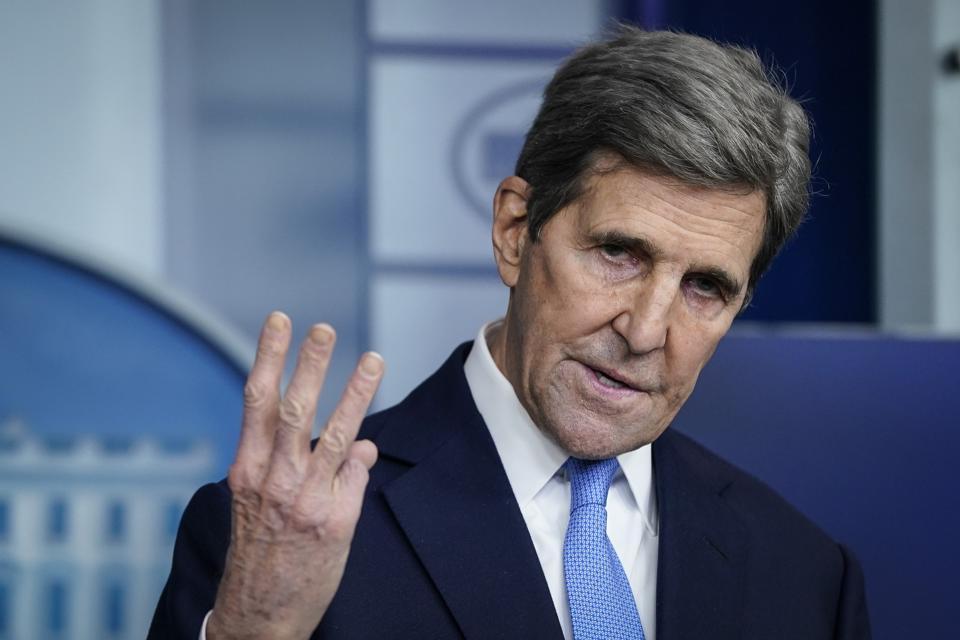 President Biden’s new “climate czar” John Kerry says laid off workers in the fossil fuels industry should be able to easily transfer their skill set into solar. He specifically said they can “make solar panels” instead of making the Keystone pipeline that Biden canceled on day two of his tenure in the White House.

“What President Biden wants to do is make sure those folks have better choices, that they have alternatives, that they can be the people to go to work to make the solar panels,” Kerry said.

But before anyone says that “they can make solar panels” is the new “learn to code”, just hold your fire for a bit. These really can be union paid jobs, and this is a growth industry, unlike fossil fuels, which for now is the most hated industry in Congress and among the World Economic Forum jet set.

Why The Future Of Retail Is Frictionless

In Syria, UNICEF Is Helping Children Survive A Harsh Winter

Solar jobs are manufacturing jobs that don’t require STEM degrees from Stanford and MIT, unlike computer science. I will never learn to code and make a blockchain platform or build the new hologram phone. I can barely get my laptop’s fan to stop spinning and making noise. But I bet I can learn to run the machines that make solar cells and modules.

However, the key word here is “make”. In fact, it is the only word that matters.

If Kerry wants laid off Keystone workers to “make” solar panels then the Administration that he works for will have to do something about protecting the American market from a flood of Chinese solar panels.

China: Let Us Be Your Green OPEC

Of the top 10 solar panel manufacturers in the world, 8 are Chinese. The only big U.S. player is Ohio-based First Solar FSLR +1.5%. They make the solar cells and modules that are turned into the solar panels you see in the southwest desert, on California hilltops and, increasingly, on American rooftops.

South Korea’s Hanwha Q-Cells manufactures here. As does Chinese firm Jinko Solar, now manufacturing in Jacksonville, Florida. They set up shop primarily due to anti-dumping and countervailing duties imposed on solar panels during the bygone Trump era. That helped Q-Cells and First Solar gain market here. Otherwise, it’s all China imports. And if it is all China imports, then the only jobs on offer will be installer gigs, and the usual white collar professional services jobs of project planners, sales and engineering consultants.

“Make” is the only word that matters in Kerry’s comments.

If the U.S. is going to do what the solar importers want – all of them Chinese – then it’s mainly a job for people drilling solar panels into roofs, or washing them with Windex. (That’s a joke.)

That would be a terrible “green new deal”. But it’s a darn good Red New Deal. (I just trademarked that.)

China is ramping up its solar manufacturing capacity.

“The recent wave of investment and capacity expansion announcements by China’s largest solar manufacturers threatens the (U.S. solar) recovery with massive overcapacity that will drive producers out of the business, and establish Chinese domination of the entire solar power manufacturing supply chain,” says Jeff Ferry, chief economist with the Coalition for a Prosperous America in a report published on January 28.

The U.S. and European Union have been telling Chinese leadership that they are terrified of ice melt and super storms, and China has responded by saying “let us be your green OPEC.” As a result, China is now key in EV battery supply chains (it controls a lot of the mined materials that go into making battery cells); dominates solar supply chains; and is replacing Europe as the go-to place for wind turbines.

Many of the European brands like Vestas now manufacture in China, though for now that is supposedly staying in China.

Solar industry publication PV Tech called the scale of China’s solar expansions “jaw-dropping.” In 2020, China had the capabilities to produce 90 gigawatts of solar panel power. This year, they will have 180 gigawatts of installed capacity. To put that into perspective, Brazil’s Itaipu dam, the second largest hydroelectric dam in the world, and one that powers more than half of the country, has the capacity to generate 14 gigawatts of electricity. China’s Three Gorges Dam, the world’s largest, has the capacity to generate 22.5 GW. So China’s installed capacity for solar is equal to making the equivalent of 8 Three Gorges Dams if they were to manufacture to their full capabilities.

Last year, the U.S. had 12.2 GW of installed capacity, led by First Solar and Q-Cells. This year that is expected to increase to 14.7 GW. We make baby steps. China makes Super Mario triple jumps.

U.S. solar makers have been growing steadily in the last two years thanks to the 2018 Section 201 tariffs that were imposed to restrain solar module imports worldwide, not just from China. There are roughly a dozen smaller firms bringing U.S. innovation to solar again, and that has helped increase capacity by another 5 GW. What usually happens is the innovation happens here and then it is brought to scale in Asia to lower the price. China then commodifies it, and the sector becomes dominated by service providers.

Many U.S. producers are aiming to expand production. But all of that will be upended if China floods the market in hopes to capitalize on Biden’s climate change policies. More demand here is good for China because U.S. firms — at the moment — cannot meet that demand. They could invest in meeting that demand, creating more blue collar jobs, maybe even union jobs, the kind that were lost at Keystone.

The Section 201 tariffs, soon to be dropped to 18%, may not be enough to protect the U.S. suppliers who will easily be outpriced by anything Made in China or southeast Asia. If that happens, the climate friendly “Build Back Better” Biden Administration will face a decision on whether to build their solar future here, or import it and create jobs in China and Malaysia and Vietnam.

A growing bipartisan consensus has emerged on China, and that can be seen even in the segue from Trump to Biden.

Both parties now recognize the U.S. has to address the risk China poses to U.S. economic and national security. Congress and the Trump administration made progress over the past four years in setting the table to correct the profound imbalances in the U.S.-China relationship, Florida Senator Marco Rubio says in a recent Washington Post op-ed.

“The choice facing Biden is simple: support American workers and our national security, or side with Wall Street and the CCP,” Rubio writes.

During the Senate hearings of key Biden cabinet picks, Janet Yellen, Anthony Blinken, Pete Buttigieg and Gina Raimondo all cited climate change as a key part of their mandate in their new roles. China was also talked about, along with domestic manufacturing.

Solar is on the rise in the U.S. But it will be all Made in China unless Washington comes up with something that says – if you want to put solar panels on your house, you can buy them from anywhere. But if you’re the governor of a state that wants to put solar panels on state land to generate electricity, then everything from the polysilicon to the finished product should be made here. If that does not happen, then no, the Keystone Pipeline workers will not be getting jobs making solar panels.