Posts tagged ‘former director of the Office of Management and Budget’ 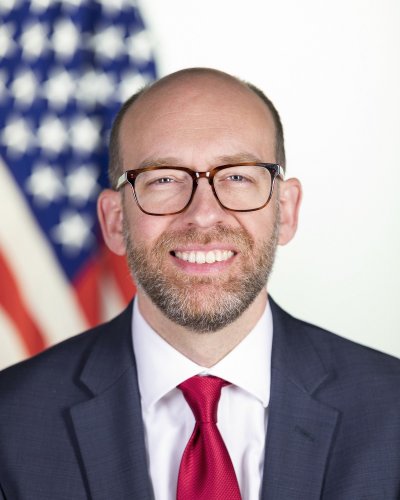 Russell Vought, the former director of the Office of Management and Budget during the Trump administration. | Wikipedia

An evangelical former Trump cabinet member has launched a new think tank designed to advance the “America First” principles popularized in the previous administration and seeks to “restore an American consensus of a nation under God.”

Russell Vought, the former director of the White House Office of Management and Budget under former President Donald Trump, announced the creation of the Center for American Restoration late last month. In an interview with The Christian Post Tuesday, Vought elaborated on the new think tank’s goals. He gave details about how the organization will operate. While Vought acknowledged that there are many things he would have liked to accomplish in a second Trump term, he embraces the opportunity to start a new venture, calling it “the silver lining in some respects of … not being in office.”

“A lot of the things that have been rattling around in my mind for a number of years are the things that the Center for American Restoration is going to be working on,” he said. “I think that this gives us an opportunity to articulate and work on issues and proposals and ideas that you need a little bit of time outside government to be able to work on and to be able to set up future policy-makers to work on these issues.”

He explained the goals of the new organization in an op-ed for The Federalist published on Jan. 26. According to Vought, the Center for American Restoration will “help restore an old consensus in America that has been forgotten, that we are a people For God, For Country, and For Community.” Vought remarked that “notwithstanding policy victories on taxes, welfare, and the right to life in the last several decades, the tide of progressive liberalism has not been turned.”

“The Center for American Restoration exists to provide that footing,” he wrote. “Its mission statement is to restore an American consensus of a nation under God with unique interests worthy of defending that flow from its people, institutions and history, where individuals’ enjoyment of freedom is predicated on just laws and healthy communities.”

Vought, who was questioned about his evangelical beliefs by Sen. Bernie Sanders during a 2017 confirmation hearing, decried liberals’ control of “the commanding heights of culture.” He said those heights include “the academy, the media, [and] the entertainment industry.” He described the Trump presidency as “the first real counter assault to the left in decades.”

The Center for American Restoration’s overarching theme is that “the counter-assault” against the political left that began with the Trump presidency must not come to an end even though he has left office.

“We hope to give voice to the common, forgotten men and women across this great country, possessed with extraordinary intuition, who work hard, pay their taxes, and attempt to raise their families in healthy communities,” he maintained.

According to Vought, it is important to remember that “we’re a country under God.”

“We were created to honor God, to be for God,” he told CP. “And to the extent that we are, that it impacts our happiness [and] our satisfaction in life. That should be a part of what we align public policy with.”

In his op-ed, the former Office of Management and Budget director criticized the American foreign policy that led to “endless war, America-as-world-policeman, sclerotic multilateralism, and trillions spent on foreign aid and a sprawling defense-industrial complex.”

He also took issue with “the plundering of the American economy by multinational corporations eager to claim the benefits of American law while disclaiming all responsibility to provide remunerative employment to American workers.”

He also criticized immigration policies that led to “borders being overrun for generations, creating unfair labor competition for the least off in America without any debate by its citizenry and laying great burdens on local communities.”

“My view is that policy fights are a good thing, that they provide an opportunity to educate and allow people to see both sides of a conversation,” he said. “We’ll be involved in the think tank side and we’ll be trying to get activists into the fight and giving the support that’s needed to members of Congress and those who are championing our ideas in the media.”

As a nonprofit organization, the Center for American Restoration will not actively recruit candidates who share its values to run for public office. However, Vought expressed hope that “the people running for office … are running … on public policies that we have been championing, that put America first, that stress for God, for country and for community.”

Other endeavors the Center for American Restoration plans to undertake are “extending the principle of being pro-life to a nationwide enthusiasm for promoting life and increasing the birth rate” by encouraging people to have more children and bigger families.

The think tank also will reject “the militant ‘successor ideology’ that has taken root in elite institutions” and seeks to dampen the power of “cancel culture.”

Vought, who studied at Wheaton College in Illinois and George Washington University Law School in Washington, D.C., previously worked for the conservative lobbying group Heritage Action. He also previously served as executive director for the Republican Study Committee and policy director for the Republican Conference of the U.S. House of Representatives. Vought began his career in Washington, D.C. as a legislative assistant for Sen. Phil Gramm, R-Texas.