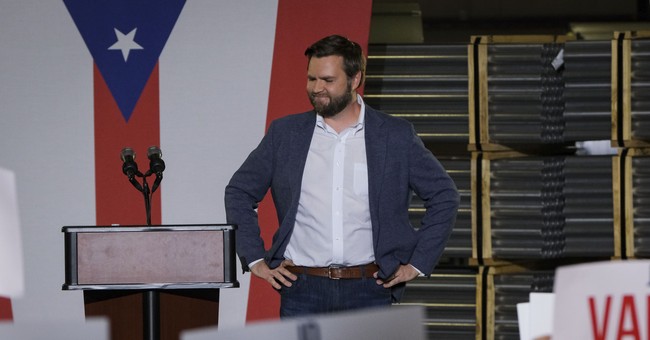 There’s a disturbing trend among post-Trump populists to think that just because they’ve rejected the old GOP ideas about tax cuts and permanent war, they should also reject standard GOP ideas about big government social engineering projects. Currently, the most embarrassing of the allegedly populist right-wing enthusiasms is the pro-natalist position. The idea, in a nutshell, is that family formation is good for society, so why not create government programs that encourage family formation?

The main way the government could do that is by eliminating 90 percent of itself, but that’s not in the cards. So instead, Sens. Mitt Romney and Marco Rubio, The New York Times’ Ross Douthat, and “Hillbilly Elegy” author J.D. Vance, among others, want to pay women to have children. Vance recently suggested giving parents extra votes for each of their children, which I’m hoping was just a brilliant satire of political pandering. A slew of populist-conservative male icons, like Gavin McInnes and Mike Cernovich, are constantly haranguing young men to “put a ring on it” and start popping out kids.

One is left with the strong impression that these marriage and child boosters are people who are sorry they got married and had kids, so they have to turn their life’s greatest regret into the equivalent of landing at Normandy.

Human reproduction doesn’t require a P.R. team. Who would think that activities humans have engaged in for millennia require government incentives, except the unhappily married or those who consider heterosexual sex a horrible drudgery?

What was the worst calamity ever to befall this country? Nope, not the 1965 immigration act, but that’s a good guess. Not World War II or 9/11, terrible though those were. Not even the Jan. 6 ATTACK ON THE VERY FOUNDATIONS OF OUR COUNTRY — NAY! DEMOCRACY ITSELF!

It was the government paying women to have kids.

During the most destructive period in American history, the rollout of Lyndon B. Johnson’s Great Society programs, the federal government thought it would be a peachy idea to pay women to have babies. You’ll never guess what happened next!

Lots and lots of women started having babies — at a clip that didn’t allow time for acquiring a husband first.

Within a decade, the world had gone to hell, taking the black family down with it. While many blamed the implosion of the black family on African customs, slavery, the Middle Passage, Jim Crow and so on, a black demographer at the Rockefeller Foundation, Erol Ricketts, looked at the evidence.

It turned out the black family was thriving until the What-Could-Go-Wrong? Great Society programs of the 1960s. Based on nearly a century of U.S. Census reports, Ricketts found that between 1890 and 1950, black Americans married at higher rates than whites. (You’ll find this and other amazing facts in “Mugged: Racial Demagoguery From the Seventies to Obama.”)

The marriage rate for black women fell below 70 percent for the first time in 1970.

Today, we’d hold ticker-tape parades if 70 percent of black kids were being raised in intact families.

Why do some conservatives think we should do more of the exact thing that destroyed the black family — and did a number on all American families? The opposite of “Establishment Republican” shouldn’t be “moron.”

We’re told that tax credits, payments, subsidies — extra votes! — for having kids is “pro-family.” You know what’s “pro-family”? Life is pro-family. Any government intervention repeals the natural consequences of life, and is, therefore, anti-family.

But if we’re too afraid to let life take its course and want a government program to give us happy families, how about 30-to-life for adultery and divorce? Sending out a government check to those who manage the amazing feat of human reproduction is simultaneously dysgenic and small-bore.

Back in the 1960s, conservatives could only predict disaster from these allegedly pro-child policies. By now, we’ve been running the experiment for more than a half-century. We’re living the disaster. Paying women to have kids actively destroys families, which I believe is the opposite of “pro-family.”

Incidentally, the “pro-family” line is the exact same con open-borders Republicans ran on Christian groups when promoting “family reunification” policies in the 1990s, allowing endless waves of immigrants’ extended families to relocate to the U.S. and outvote the Christians. Whenever you hear about some great new government program that’s “pro-family,” reach for your gun.

National Review’s Ramesh Ponnuru claims that paying women to have kids is less a government intrusion than “a way of helping them to live out what they already want.” In surveys, it seems, American women say they want more kids than they ultimately end up having.

This is why researchers distinguish between “stated preference” and “revealed preference.” For example, I think the ideal number of times to have fish every week is: two. But the number of times I actually eat fish each week is: zero. Please, conservatives, don’t help me by subsidizing fish.

It is simply asserted that it’s a terrible thing for a nation’s birthrate to fall below replacement level. But the only concrete downside to a declining birthrate is that the Social Security system will collapse without a never-ending supply of younger workers to fund it. Apparently, the government lied to us about a Social Security Trust Fund, and now the till is dry, requiring a constant influx of withholding taxes to keep the system afloat.

As a matter of psychology, it’s probably true that a people who are pessimistic about the future of their country won’t be keen on having a lot of kids. But the solution to that is to fix the country, not to pay people to simulate one single behavioral characteristic of optimists.