Read more at https://townhall.com/columnists/anncoulter/2021/03/24/asian-women-are-too-damn-hot—p–n2586833/
The opinions expressed by columnists are their own and do not necessarily represent the views of Townhall.com. 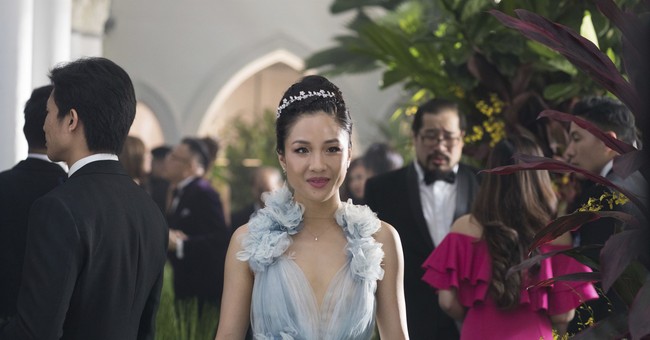 Does anyone else find it odd that so many Asian activists reacted to the mass murder of (mostly) Asian women last week by talking about how smoking hot they are?

I was at law school when I first noticed the phenomenon of liberal women pretending to be outraged as a cover for bragging. Average-to-ugly girls would work up feigned indignation about how a guy had “sexually harassed” them that day, then launch into a 20-minute retelling of some compliment they’d received. A man talked to me! I think he likes me … Let’s see, how do I work this into conversation for the rest of the week?

But it’s a peculiar reaction to mass murder.

Now that a white supremacist mass shooter (check that, turns out he was a radical Islamic Syrian refugee!) has committed a different mass murder in Boulder, Colorado, will we see hippies on TV, denouncing the assumption that Birkenstock-wearers are all sex gods?

No, of course not! Only liberals would think an appropriate response to an infamous crime is to talk about how sexually desirable they are. Liberalism makes everybody stupid.

Thus, for days after the fatal shooting of six Asians and two whites at massage-cum-sex spas in Atlanta, Asian activists and professors blanketed the airwaves to demand that white men STOP treating them like sex objects — whom they fantasize about, they want, they covet. Newspapers were chock-a-block with first-person accounts of Asian women being salivated over by white men.

Christine Liwag Dixon modestly began her tale of oppression for The Washington Post’s “The Lily”: “When I was 16, a boy I thought was my friend said, ‘I can’t figure you out. Asian girls are either smart or hot. But you’re both.'” She’s older and married now, but still cherishes this comment from high school.

Amid her recitation of other compliments she’d received over the course of a lifetime — some stupid, some vulgar, and some, I’d wager, completely fictional — Liwag Dixon remarked, “It no longer surprises me, but it still hurts.”

Well, naturally. Who wouldn’t be hurt to be called both smart AND hot?

Among the distressing compliments detailed by Liwag Dixon, she reports that she was often called “exotic.” (I will NOT link to the scene in “NewsRadio,” where Beth explains the meaning of words like “cute,” “beautiful” and “exotic.”

Professors of color were prepared with scholarly opinions about how tantalizing Asian women are. Elaine Kim, professor emeritus in Asian American studies at the University of California, Berkeley, told the Associated Press that the Atlanta shooter probably had “an addiction to fantasies about Asian women as sex objects.”

However that may be, these particular spas were known as fronts for prostitution, which may also have put the idea of sex in the shooter’s head.

Another Berkeley professor, Catherine Ceniza Choy (Ethnic Studies), conveyed that the shooting “echoes a long-running stereotype that Asian women are immoral and hypersexual.” Ellen Wu, a history professor at Indiana University, confirmed that “from the moment Asian women began to migrate to the U.S., they were targets of hypersexualization.”

It all had a familiar ring …

Before the gang rape of a black stripper was exposed as a complete fraud — though well after three white families had their pockets emptied and their names dragged through the mud — an enormous amount of the commentary centered on white men’s lascivious interest in black women. (So of course the gang rape had to be true!)

The Duke lacrosse case “fed the stereotype that black women are hypersexual and readily available,” as the Associated Press put it. The article quoted a number of black coeds on how white guys just can’t keep their hands off African American ladies:

“The young black women can almost finish each other’s stories.

“They go to a party, a concert, a nightclub. Twenty-somethings of all colors are flirting and dancing. And then it happens.

“Inevitably, a woman says, a white man asks her to dance erotically while he watches. Or he grabs her rear end. Or asks for sex, in graphic detail, without bothering to ask her name.”

A black Duke coed, Audrey Christopher, complained to the Durham Indy that “at one of the quad parties, it was me and another black female friend, and these white guys immediately told us how they liked hanging out with black girls because white girls are sheltered and we’re more free …”

Again, the professors of color weighed in. Rebecca Hall (Surprise! Also Berkeley) said of the Duke gang-rape charges, a “black woman is somebody who has excess sexuality … it’s excess sexuality that white men are entitled to.” Duke professor Mark Anthony Neal said: “The message that men get about black women is these are women that are available to them, that they have easy access and their sole purpose is to serve their pleasure.”

Nor, of course, was the rapacious white male theory supported by the facts of the very case they were discussing.

We don’t have a lot of women mass shooters, so it’s hard to flip the script. But maybe, in the future, whenever a white man is falsely accused of rape (Steven Pagones, the Duke lacrosse players, a fraternity at the University of Virginia) or murder (Darren Wilson, Jake Gardner, Staten Island police officers), white men should fan out across the airwaves to talk about how damn sexy they are.

Until then, I’m begging you, white men, please, for the love of God, STOP turning liberal women into your sexual fantasies!!!