Amy Sacks, who have been an educator for more than 20 years, told her Facebook followers on Thanksgiving Day that she had been fired. Sacks wrote that the Perkiomen Valley School District and Superintendent Barbara Russell had “decided that the First Amendment Freedom of Speech has no place in public schools and that teachers and administrators are unfit to serve if they hold and express political beliefs that are right of center.”

Sacks says that she was fired in July with “little explanation” other than the superintendent’s claim that she was “racist” and her social media posts were “offensive, unacceptable, and unprofessional.”

Sacks had shared several conservative memes, including one reading, “Due to Covid, we’re gonna need people to riot from home and destroy your own sh*t.” And another that showed a photo of Nancy Pelosi and Chuck Schumer with a caption reading “the virus,” accompanied by an image of people voting reading “the cure.” 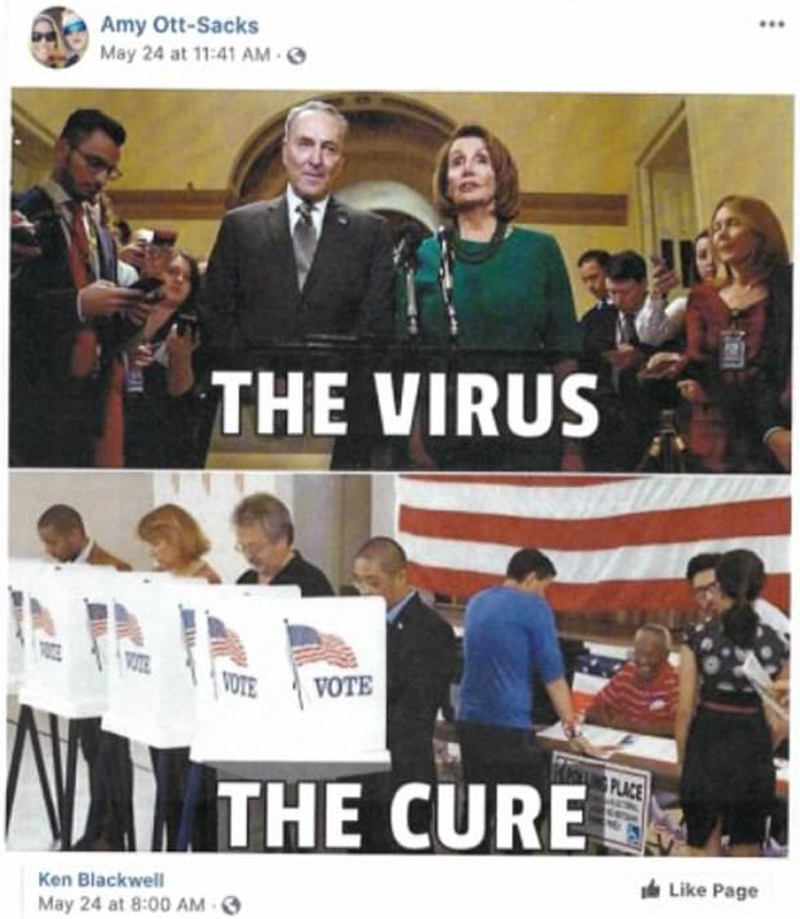 In yet another post, Sacks added a meme that showed a potato with a caption reading, “This is a potato. If this potato was running against Joe Biden, I’d vote for the potato.” Sacks shared many other memes of similar style and subject matter. But apparently her leftist boss didn’t like it.

On Thanksgiving Day, though, Sacks shared a message with her Facebook followers:

Many of you know that I am no longer the Principal of Evergreen Elementary at this time. However, the circumstances surrounding this situation have been kept quiet until now.

I am reaching out to you today to share with you that as Principal of Evergreen Elementary School I was terminated because I expressed right of center political views – PRIVATELY. Political memes caused me to lose my job. Nothing that I did was even borderline unacceptable – they were simply political viewpoints.

However, Perkiomen Valley School District and Superintendent Barbara Russell have decided that the First Amendment Freedom of Speech has no place in public schools and that teachers and administrators are unfit to serve if they hold and express political beliefs that are right of center. This cancel culture within the public school system has to stop.

I was Principal of one of the best performing elementary schools in Pennsylvania and still fell victim to being cancelled out by liberal bureaucrats who don’t believe in diversity of thought, speech, opinion, or political affiliation.

With the support of my husband and family, I have decided to challenge the school district by filing a lawsuit against them to save my job. I hope to lead by example and inspire others to stand against the erosion of our constitutional rights in America.

Sacks is now suing for improper separation. She claims that she was never warned, and never given a chance to defend herself before being summarily fired over her political views.

If you would like to see more of the memes that Sacks re-posted to her personal Facebook page, see them at the Daily Mail.

WATCH: California health secretary admits that outdoor dining closures were to keep people home, and not because restaurants were spreading COVID

John MacArthur: World ‘perfectly suited for the Antichrist to come’ amid COVID-19 chaos