Both Torres and Morejón, who are Cuban American, say they have no official positions with the Trump campaign or any reason to believe the campaign knew the event was occurring. Torres is a registered independent voter and Morejón a registered Republican who admitted he voted for Trump reluctantly in 2016 but became an enthusiastic supporter in the past four years. Torres is a retired real estate professional, and Morejón runs a flower shop.

Trump did not attract any caravans in Hudson County four years ago nor any major public support. This time, Morejón told Breitbart News with pride, “We didn’t even get that many middle fingers.”

Hudson County is a solidly, uncontestedly Democratic area. Democrats took control, town by town, from the late 1800s to the early 1900s, building ironclad political machines through unions and social support for newly arrived Italian and Irish immigrants. As the Irish and Italian gave way to Cuban, Colombian, Dominican, and other Latino refugees and immigrants, the Democrats maintained power even in the face of an increasingly conservative, anti-socialist constituency because no adequately funded Republican Party opposition exists in the area. The machine only has to fend off the radical left, which remains distasteful to most voters.

Yet on Saturday, Trump supporters took over the most important street in the northern end of the county: Bergenline Avenue, which MacArthur fellow Junot Díaz once described as “a straight shot of Spanish for almost a hundred blocks.” All of Hudson County, including large cities such as Jersey City, is only about 43 percent Latino, according to the U.S. Census, but the municipalities Bergenline Avenue runs through average about 70 percent.

Photos and videos from the event show that the caravan did not cause any significant interruptions, as the cars simply went with the (usually slow on weekends) traffic. They flew flags, some wore “Make America Great Again” hats, and at least one couple dressed up as Trump and first lady Melania Trump, as it was also Halloween. Frank Torres led the caravan on his bicycle while dressed in all red, including the signature “USA” Trump hat:

Torres and Morejón both told Breitbart News they organized the event to celebrate America, not just President Trump, and to combat the “negative” messaging of the left.

“We just did it because we’re proud Cubans, and we just wanted to do something for our president and our country,” Torres said. “We did it because we’re tired of people talking negative stuff, you know. … I love this country, I came in 1970, five years old, and I love my freedom. I saw where it was going, and I said, ‘You know what? Let’s do something because people are just negative and negative and negative, and people don’t appreciate the United States of America.’”

“After the second debate, I was so frustrated, and I said, ‘How can this happen in the United States? How can they bash a president the way they do it?’” Morejón explained. “I planned the caravan, and I said, ‘People, please share it [the video] so the word gets around.’” 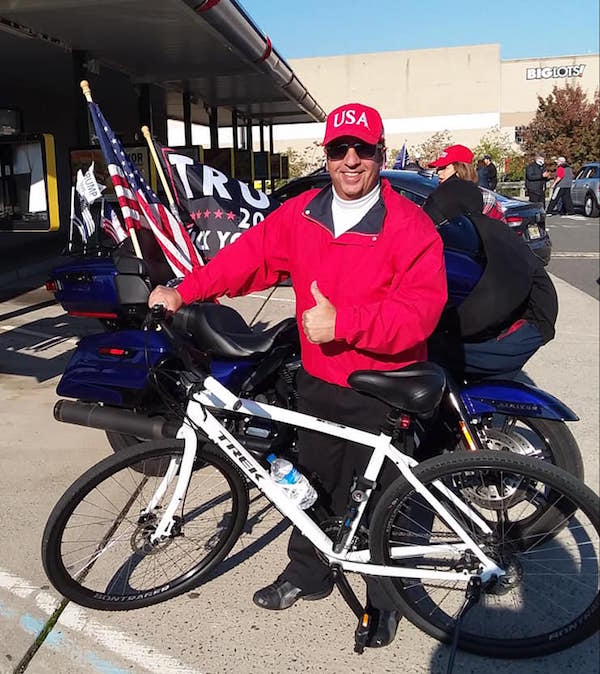 Bergenline Avenue runs through four municipalities – North Bergen, Guttenberg, West New York, and Union City – which means Morejón and Torres had inadvertently organized an event that would require cooperation with four police departments. The event began, Morejón narrated to Breitbart News, as a “crazy idea” he threw out into the virtual world through a Facebook video that Torres then helped him promote. Neither he nor Torres made a Facebook event or kept track of the interest levels or potential attendance numbers.

Morejón’s video – in which he said he owed it to his parents, who lost everything they owned to communism in Cuba, to organize an event against socialism and communism – spread virally in local circles and, it appears, made it to the West New York Police Department:

“All of a sudden, I notice a lot of people contacting me through [Facebook] Messenger. … In less than 12 hours, I had like 240 views,” he said.

“Then I got really worried because … Friday morning, I’m at my flower shop, and the police officer comes in, and I’m like, ‘Oh, shit. I’m in trouble!’” Morejón noted. “But no, all he wanted was details of the caravan.”

The police officer, from the West New York Police Department, collected as many details as possible and shared with the neighboring municipalities. Morejón says all four and the Hudson County Sheriff’s Office worked with him to ensure a safe and legal gathering occurred, understanding that he was not an experienced political organizer.

“If you’re going to do an article … all I’m asking you is to please thank the police officers of all these towns and the county sheriff because they really tried to work out with me on how to go about it,” Morejón noted.

While a solidly Democrat area, Hudson County locals are renowned for their appreciation and support of their local police. Throughout the summer, when leftist groups organized protests and riots against the institution of policing nationwide, police departments themselves participated in or led protests – presumably against police departments in other parts of the country, not themselves – that remained entirely peaceful.

The crowd at the caravan included “friends, friends of friends,” Torres said, stating that most were Hispanic but not necessarily Cuban and that some “Americans” (meaning non-Hispanics) attended, as well”: 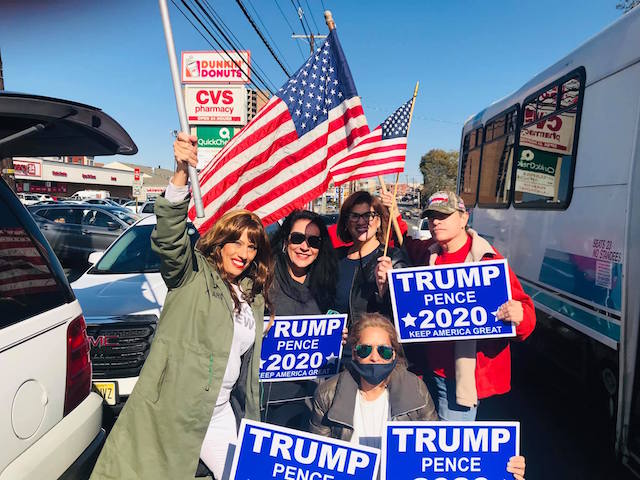 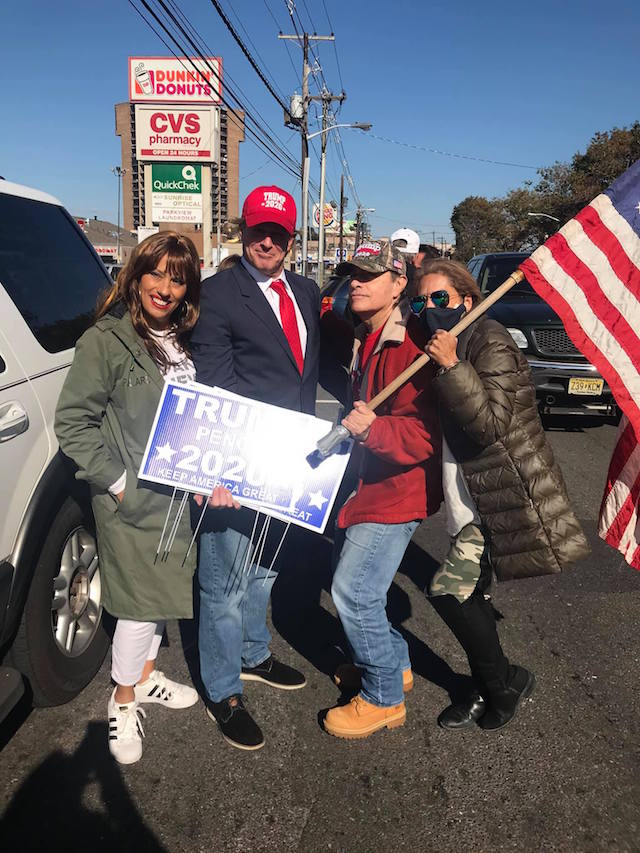 “We had everything,” Morejón added. “We have older people. We had young guys. … I’ve been in this country for 50 years; I’ve never seen anything like this, ever.”

Both organizers say the event attracted only minimal resistance, nothing extraordinary in urban New Jersey.

“A lot of the bystanders were raising their hands. A lot of people were quiet,” Torres noted. “There were a few people that said, ‘Loser,’ ‘Clown,’ and we said, ‘Thank you very much; you’re entitled to your opinion, and so are we.’”

Morejón added that one person threw an egg at a car towards the end of the caravan.

Morejón told Breitbart News he would not have expected four years ago to be the kind of person to organize a rally for Trump.

“Trump is like us. He’s not a politician. He was a billionaire that wanted to be president,” Torres said, “got voted by the people, the regular folks, you know, blue-collar workers, and that’s why there is that connection.”

“We don’t care how he speaks,” he concluded. “Do you want a polished politician stealing, or do you just want a guy who says it how it is? And most people feel that way.”