URL of the originating web site: https://townhall.com/columnists/anncoulter/2020/10/07/debate-tip-remember-to-ask-about-white-supremacy—p–n2577672/
The opinions expressed by columnists are their own and do not necessarily represent the views of Townhall.com. 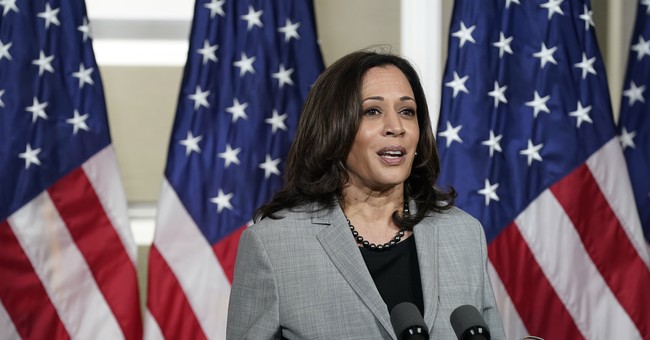 Unfortunately, this week’s vice presidential debate — occurring after this column goes out — is unlikely to be something you’d see in the Turkish parliament, like we had last week. But I expect one similarity: There will be ZERO questions about any major issues, like crime, immigration, globalism, the endless riots, our insane foreign policy or what Wall Street is doing.

More like: Our next question is about transgender adoption.

And of course, Vice President Mike Pence will be asked to “condemn” white supremacy. Redeeming America from the bogeyman of “white supremacy” is apparently the media’s main argument against Trump.

Earlier this summer on “The Late Show With Stephen Colbert,” the Democrats’ vice presidential candidate, Kamala Harris, cheered on the protests that have been creating havoc since May:

But Harris won’t be asked about that. According to USA Today’s fact check, she never said any such thing. The newspaper rated the claim that Harris supported the destructive protests — which, again, is on video — “PARTLY FALSE” on the grounds that Harris referred to “protests,” not “riots.”

Those were “peaceful protests”!

Why are we required to pretend the Black Lives Matter “protests” are lovely little afternoon teas, while the Antifa riots that inevitably follow are the problem? (If there is a problem at all, which there can’t be, because “Antifa” doesn’t exist, nor do “riots,” but if they do, it’s white supremacists doing them!)

I’m open to the argument that an organization is not responsible for the things people do in its name — but that’s not the media’s position. Even if it were true that the BLM “protests” were peaceful (and it’s not), then why do the media always hector Trump to denounce “white supremacists” on the grounds that they certainly regard him as their leader!?

Whenever and wherever Antifa riot, they spray-paint “BLM” on walls, chant BLM slogans, vilify the police and scream about “black lives.” Quite obviously, they think they’re committing vandalism, assault and arson to help BLM. At the very least, BLM is not doing much to police their sworn allies.

Even taking BLM “peaceful protests” on their own, they are not what most people regard as peaceful, like the anti-nuke protests in the 1980s, featuring singing, dancing, balloons and jugglers.

The basic, factory-issue BLM protest, with no bells and whistles, involves angry marchers screaming, “F–k the police!” “Fry like bacon!” “I know you got a gun, but so do I!” “Your mother’s umbilical cord should have wrapped around your neck and choked you just the way you choked George Floyd, you filthy animal.” (Floyd died of a heart attack, not strangulation). They nearly always include chants of the 100 percent proven lie about the shooting of Mike Brown, “Hands up! Don’t Shoot!” BLM protesters block traffic, stop cars and demand the drivers swear allegiance to BLM. They invade restaurants and shout in patrons’ faces. And let’s not forget the looting.

Most people consider that, at the very least, obnoxious.

But instead of asking either of the Democratic candidates about their enthusiasm for BLM and Antifa riots — I mean “protests” — the media insist on endlessly chewing over a worldwide threat that exists exclusively in their imaginations: WHITE SUPREMACY!

If you’d asked me before the presidential debate last week, ‘What if someone brings up the media’s ‘fine people, on both sides’ lie about Trump?’ I’d have said: ‘Nah, he clearly denounced ‘white supremacists’ in that very statement; no one would be that stupid’

Chris Wallace is! I thought he was stealing a 4-year-old, hacky idea from CNN’s Jake Tapper, but it turns out Wallace himself asked Trump this exact same question about condemning “white supremacy” during a primary debate in March 2016. Journalists are like 2-year-olds who won’t stop asking why the sky is blue or how high is “up.” (Or a similarly unanswerable question: Why on earth doesn’t Trump keep an MP3 file in his pocket of him saying, “… and I’m not talking about the neo-Nazis and the white nationalists, because they should be condemned totally”).

Inasmuch as the media are never going to stop demanding that Trump “condemn” white supremacy — and seeing as Trump refuses to just play the tape — how about turning it around and demanding that Biden denounce NAMBLA?

The question is more than legitimate: 1) Unlike “white supremacists,” the North American Man-Boy Love Association actually exists; and 2) while NAMBLA may not have officially endorsed Biden-Harris yet, we know they support him, as much as the media know “white supremacists” support Trump.