Sen. Ted Cruz is concerned that local governments may have violated Americans’ Constitutional rights during the lockdowns. Democrats allow large protests (in some cases, with thousands of people), while at the same time they are forcing churches to close. Meanwhile, these same Democrats are all too happy to take federal funds.

But Cruz is working to put a stop to that with his new SACRED bill:

Sen. Ted Cruz (R-TX) introduced legislation on Tuesday that would render state and local governments ineligible for federal coronavirus relief funds if the attorney general deems they are discriminating against religious individuals or institutions…

Cruz’s bill comes as religious people throughout the country have increasingly resisted lingering coronavirus lockdown mandates that forbid large assembly both in houses of worship and other establishments.

Religious liberty is protected by the First Amendment. The law makes it very clear that the government cannot prohibit Americans’ exercise of their faith. Yet numerous Democrats in states across the country have denied churchgoers the right to worship. In Chicago, the mayor actually sent a police raid into a church. New York’s de Blasio personally tried to shut down a Jewish funeral. Churchgoers have been fined and arrested. In California, they are not even allowed to sing. 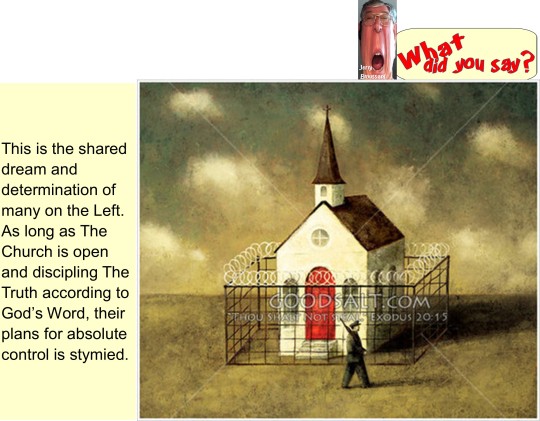 Yet these same leaders look the other way as thousands protest in the streets, “social distancing” rules blatantly ignored.

Early on during the lockdowns, AG Barr showed support for churches. He directed U.S. attorneys to investigate any cases where governments violated religious rights. Thanks to Barr, several lawsuits against state governments worked out in churches’ favor. But still, Democrat leaders persisted in denying Americans the right to worship.

Cruz is calling out these local governments, hitting them where it hurts. States are eager to gobble up federal funds to address challenges related to the pandemic. Blue states have been in debt for years. So, any excuse to get federal cash would be welcomed.

If Cruz’s bill is passed, it would strike a huge blow against any state that tries to undermine religious rights.