General Michael Flynn was set up and lied about in regards to an affair with a young professor in the UK named Svetlana Lokhova.

The spy that created the lie of their affair, Stefan Halper, was likely hired because the FBI knew he would come up with some dishonest garbage to pin on Flynn.

Yesterday’s release of more documents in the General Flynn case validate what we have been reporting for years – Stefan Halper spied on General Flynn and others and lied to create stories the FBI wanted to hear.  Halper reportedly had a horrible drug addiction.

This didn’t stop the Obama Administration from using Halper as a spy to get General Flynn.  Halper made up a story about the General and a young professor in the UK.

This man told THE FBI that I *jumped into a cab* to seduce a *three star General, Head of the US Defense Intelligence Agency*
And The FBI Crossfire Hurricane team INVESTIGATED @GenFlynn for this for at least FIVE MONTHS ….

Halper was used because the Deep State had nothing on innocent General Flynn – a war hero.

They had NOTHING on @GenFlynn. So they used a LIE from a KNOWN LIAR Halper that I seduced @GenFlynn on behalf of Russian intelligence. Halper was not there but reported that I jumped into cab w/ Flynn and took a train with him to London after a dinner in Cambridge to seduce him! https://twitter.com/kyledcheney/status/1255920154006994944 …

The document shows the FBI repeatedly turned to other agencies/sources for any info on Flynn’s activities that might show “derogatory” info re: connections to Russia. They came up empty but for what a source described as a questionable cab/train ride. 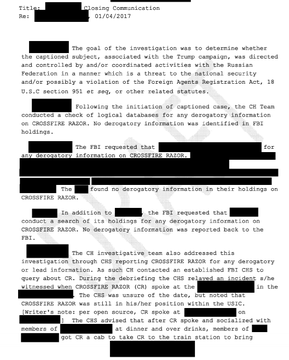 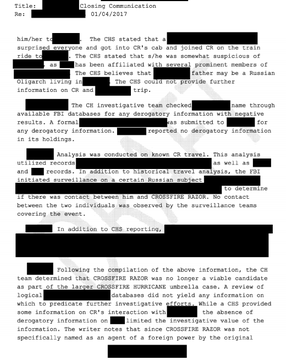 263 people are talking about this

Yesterday the FBI finally released documents in the General Flynn case after having set him up that show what they used from their star witness Stefan Halper.

Halper lied that the young professor jumped in a car with General Flynn in the UK after an event one night.

And here it is. In black and white.
Halper lies about me to set up @GenFlynn.

3,669 people are talking about this

There were many leaks involved with General Flynn of classified information.

This is a leak of classified intelligence. The fact that US intelligence was investigating Gen Flynn for contact with me (based on Halper’s lies!) was leaked to then WSJ’s Senior White House Correspondent Carol Lee. Who leaked this? https://twitter.com/RealSLokhova/status/1116478003066761216 …

“It isn’t known when Mr. Flynn’s contact with Ms. Lokhova at the 2014 meeting came to the attention of U.S. intelligence or whether it is part of the current investigation.”

68 people are talking about this

The spying on General Flynn started at least by January of 2016, long before the FBI claimed they opened their case on the Trump administration in mid – 2016.

Exactly. In January 2016, Halper gets activated. He falsely reports that Flynn was compromised by Russian intelligence. That’s illegal. But McCabe mouthpiece NYT wants you to believe that investigation into the campaign started “legally” in 2016 with Papadopoulos. https://twitter.com/GoJackFlynn/status/1124389403395125248 …

This is a distraction to make us believe this is when the spying started. Check the chronology of Halper contacting @RealSLokhova about her first meeting with @GenFlynn at CU. Go to her blog and read about the other stupid “honeypot” attempt by Halper on a 3Star General. https://twitter.com/Techno_Fog/status/1124335794515316736 …

159 people are talking about this

Halper said after the Mueller Special Counsel was set up with the help of his lies, that this was going to be Trump’s Watergate. 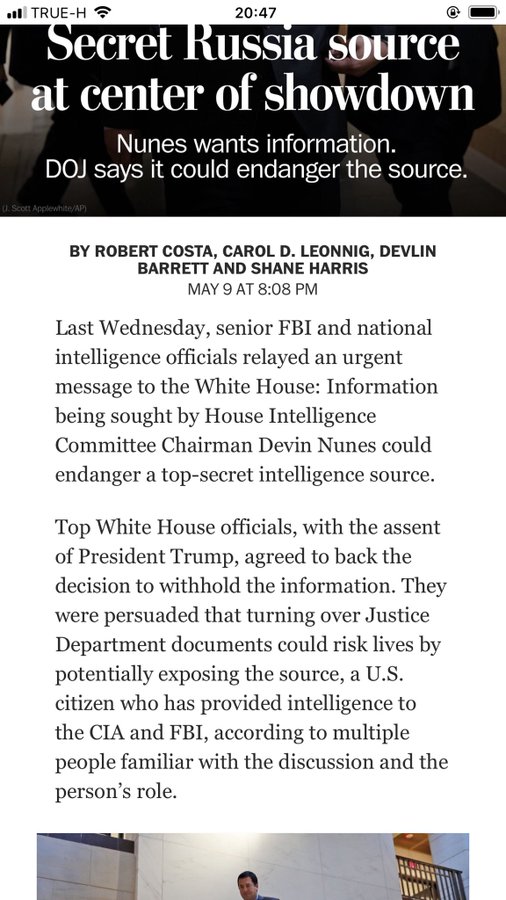 That’s the same Halper who is on the record the day after Mueller’s appointment stating that Russia investigation is going to be Trump’s Watergate. Forgetting to mention his own contribution… https://www.bbc.co.uk/programmes/p0538l7m …

91 people are talking about this

Halper and the Deep State gang in Obama’s DOJ and FBI didn’t care what they did to General Flynn or his family.

#Flynn family had to cope with false allegations of an affair, invented by #Halper. @nytimes journalist told me that everyone knows @GenFlynn has been with his wife since childhood and there has never been even a hint of inappropriate behaviour. So why set out to hurt a family? https://twitter.com/JosephJFlynn1/status/1074300013415682048 …

34 people are talking about this

The Obama Deep State hired Halper and Christopher Steele because they were know liars who would report anything for money.

Occam’s razor. Halper and Steele were hired for Spygate in late 2015 and 2016. FBI and CIA KNEW when they hired them that Halper and Steele are liars who’d report ANYTHING for money. That’s WHY they were hired. https://twitter.com/RealSLokhova/status/1249380968877744128 …

Halper and Steele are liars.
Liars lie.
FBI/CIA knew that, yet hired and paid Halper and Steele.
It really is that simple.
Don’t fall for “Russia disinformation” narrative.
It gets FBI/CIA coup plotters off the hook–they can claim they were duped.
They were not.

1,009 people are talking about this

Horowitz: The young and the healthy are not dying from COVID-19. Here’s why that’s vitally important