CNN Finds Bright Side to Tens of Thousands of COVID Deaths: The Air Is Cleaner

As governments race to contain the spread of COVID-19, and citizens across the world deal with the health, financial and emotional tolls of the disease, CNN has found the silver lining: Cleaner air! The network’s early Saturday morning B-team went up to bat this past weekend as people slept and airports, which always seem to air CNN’s coverage, were ghost towns. Still, for anyone who might have been watching, the network paraded widespread, draconian lockdowns as an efficacious solution to climate change.

While you’d be hard-pressed to find a sane individual who is content with the current state of life on the planet, CNN gleefully used the ongoing COVID-19 pandemic to suggest social and economic reforms in order to deal with climate change.

CNN early morning anchor Natalie Allen welcomed meteorologist Derek Van Dam during a segment in the 5 a.m. block of the network’s Saturday coverage, according to the Media Research Center. Both Allen and Van Dam were a bit too cheerful in reporting that some folks in India can see the Himalayan mountain range from 100 miles away, due to the absence of smog with the country shut down.

“[India] has been under lockdown for more than two weeks, and that has dramatically improved the air quality and visibility,” Allen said.

Allen and Van Dam, who was reporting from his basement, didn’t stop at marveling at this phenomenon.

Speaking to Van Dam, Allen added, “This is often a topic we talk about here at CNN, and, finally, you know, this is a bright spot in this era of pandemic, like, bring on the electric cars and, you know, climate — solving climate change isn’t that hard.”

“Preaching to the choir right there, Natalie,” Van Dam replied. “You know, I like to consider myself an optimist, and I think you could probably relate to this — just on my daily run today across midtown Atlanta, where we live, the skies have never been this blue, in my opinion.”

“There’s virtually no car traffic, no airline traffic taking place out of Atlanta’s Hartsfield International Airport — of course a few planes, but virtually nothing compared to what it would normally be on any given day. And, yeah, there’s just less air pollution,” the meteorologist concluded.

Van Dam then essentially asked Allen to picture a world where people are forced to live under permanent government control in order to save the planet from climate change. 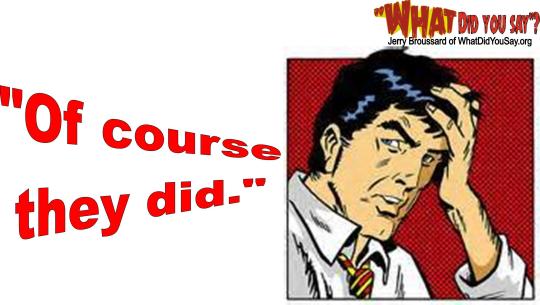 “Can you imagine if our response to the climate crisis equaled that of the robust nature of the COVID-19 response? Where would we be, Natalie?” he asked.

“I know. That’s a very good question that we all should ponder. And I’m with you,” Allen responded. “I’ve been marveling at the blue sky in Atlanta. It’s just been magnificent.”

Apparently, to CNN’s activist “journalists,” tens of thousands of Americans dead and millions more unemployed and living under lockdowns is a road map for pushing environmentalist policies. But the world has now gotten a glimpse at what life would be like if climate activists, like those working in the far-left establishment media, were to get their way. Streets would remain empty, air traffic would slow to a permanent crawl and the people whose lives depend on working would fall between the cracks. That’s all fine, just as long as CNN’s bench can see the Atlanta skyline with a little more clarity. 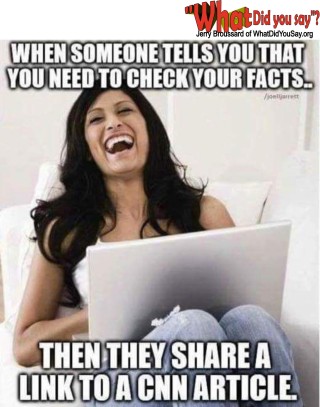 It’s probably safe to assume most people would take a hard pass at living life in its current state on a permanent basis. But when you look at the economic toll of the coronavirus, it is essentially what Democrats have pushed for when discussing Green New Deal legislation. Various models of the outrageously expensive environmental plan would essentially force people to use public transportation and do away with most commercial air travel. A Green New Deal would equate to food shortages, large-scale rationing, limited travel and a government takeover of the majority of the economy, as regulations would slowly strong-arm working people into becoming wards of the state.

If anything, CNN has made a strong case against sweeping climate change measures, because we’re essentially living under them already — and they’re no fun. It’s great that a few people in India got a chance to see the Himalayas for a while.

Hopefully, sooner rather than later, those people are going to have to move a bit closer if they want that same view.

Unlike CNN’s climate activists, Americans are ready to fire up the economic engine that has made this country so unique, because we want our lives back.

Johnathan Jones
Johnathan has authored thousands of news articles throughout his career. He has also worked as an editor and producer in radio and television. He is a proud husband and father.

Robby Starbuck OPED: Robby Starbuck: COVID Crisis Is a Preview of What America Would Look Like Under Socialism