The parking lot at Temple Baptist Church in Greenville, Mississippi, was full Wednesday night for a service, the Delta Democrat-Times reported. That might sound odd considering churches around the country aren’t meeting in person due to the coronavirus social distancing guidelines — but this was a different kind of church service.

Temple Baptist members were staying in their vehicles with the windows rolled up to listen to Pastor Arthur Scott’s sermon on the radio, the paper said.

Lee Gordon — a 23-year member of the church as well as a representative for the Washington County Board of Supervisors — told the Democrat-Times the church has been using a low-power FM frequency to broadcast sermons in the parking lot for the last three weeks.

“The preacher is in the church at the pulpit, and we are streaming the service live as well,” Gordon added to the paper. “But a lot of our membership is elderly and [lacks access to streaming technology].”

“I think somebody called the police,” he added to the Democrat-Times. “And we were just doing the same thing we’ve been doing the last three weeks.”

Gordon noted to the paper that the police “were respectful and just doing their job. They asked us to leave first, and those who stayed got a ticket.”

‘Somewhere right now in the city of Greenville, real crime is going on’

“Somewhere right now in the city of Greenville, real crime is going on,” the man said from behind the wheel of his vehicle. “They got half of the police squad at Temple Baptist Church. Seventy- and 80-year-old people … most of them never even had a speeding ticket. But this is a better use of Greenville’s resources.” 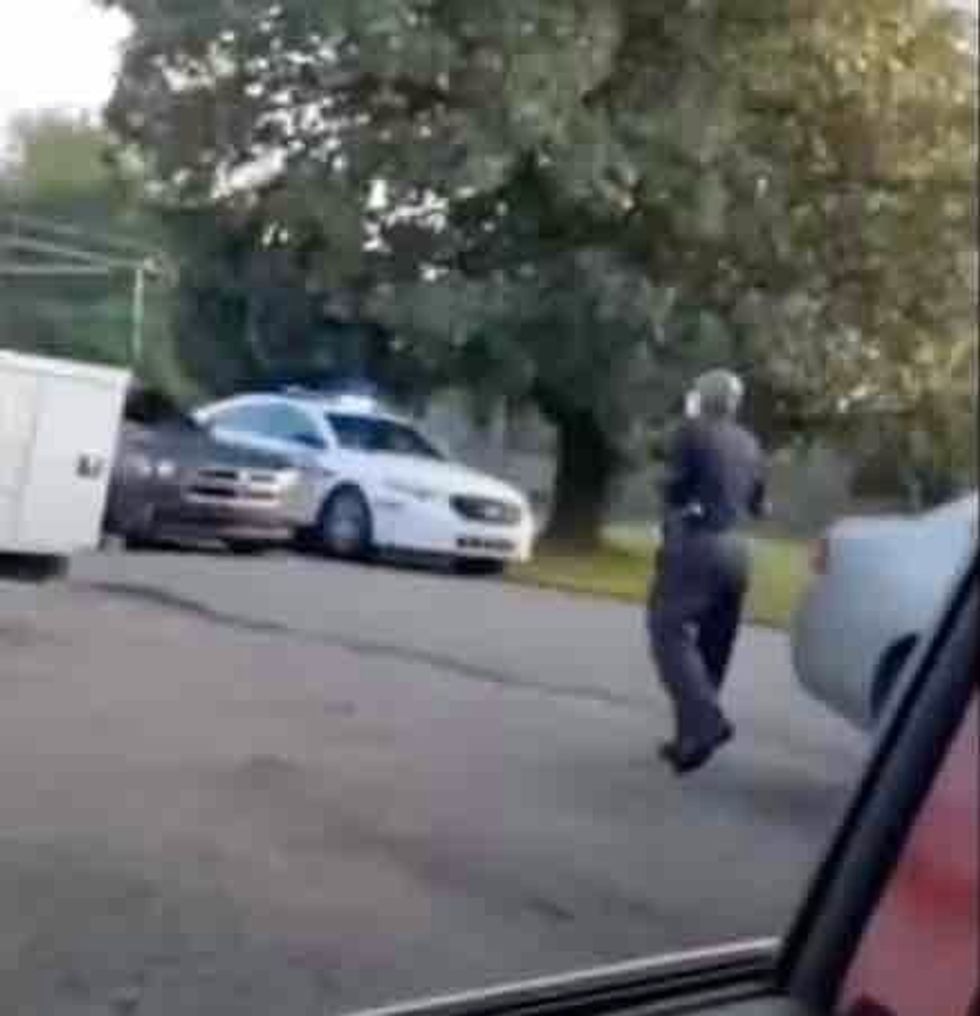 Image source: YouTube screenshotThe man also pointed his camera at a red car with an officer standing by it: “A retired nurse, never bothered nobody, being threatened to go to jail for going to church.” 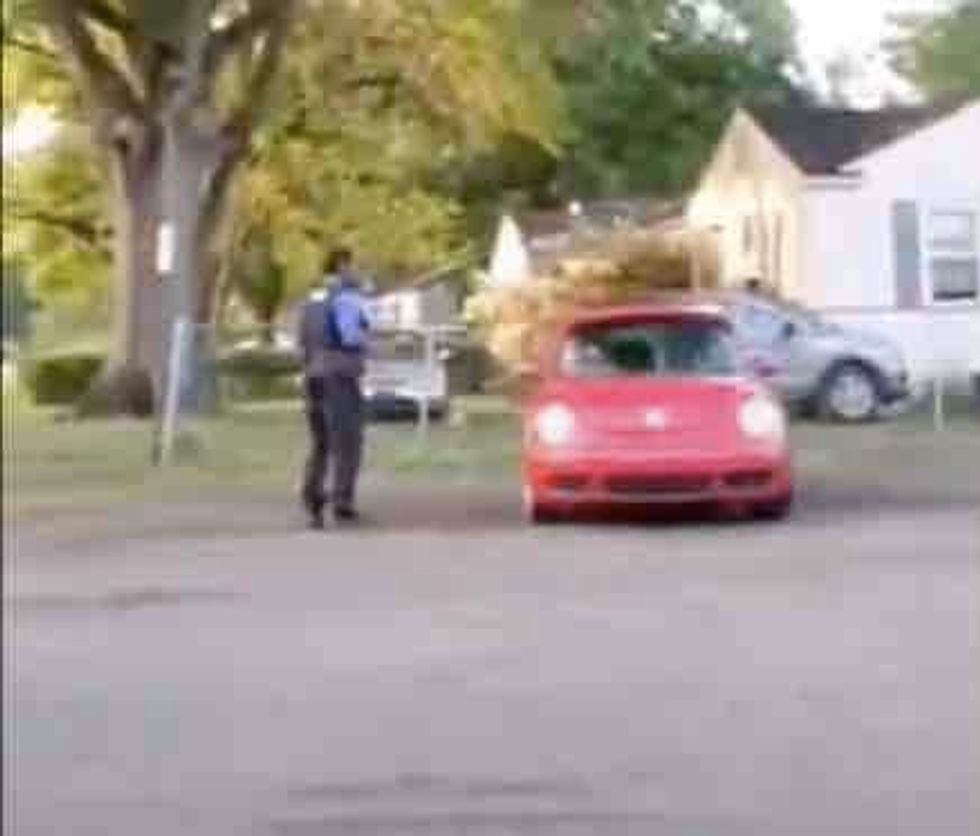 Image source: YouTube screenshotThe man recording the video got a ticket, too. 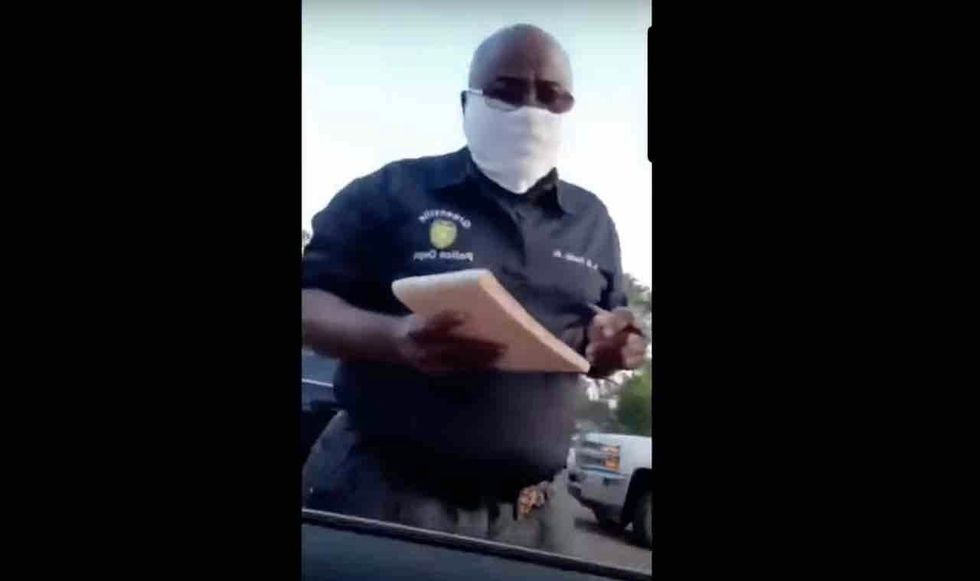 “Just handed a ticket by a man with no gloves. He gave me an ink pen to sign it …” he said, adding that he and other church members were “complying 100% with the governor’s ordinance on COVID-19. And they come and force us not to comply. They force us to make human contact. Your city dollars at work for you.”

In addition to last Friday’s shelter-in-place order from Republican Gov. Tate Reeves, Democratic Mayor of Greenville Errick Simmons issued an executive order Tuesday that all church buildings are to be closed for both in-person and drive-in services — and that the Temple Baptist parking lot service was in direct defiance of that order, the Democrat-Times reported.

“People have been calling the office all week telling us there are churches still meeting,” Simmons told the paper. “These are people from out of town who are concerned their older parents are still going to these meeting places.”

Gatherings of 10 or more people have been banned in the city for more than three weeks, the Democrat-Times said, adding that Simmons noted the Mississippi Department of Health and governor’s office said church meetings and other gathering places have been epicenters for COVID-19 cases.

“It’s all about trying to save lives,” the mayor added to the paper. “If people continue to gather, it’s going to spread.”

Turns out Simmons told the Democrat-Times he got a call in his office earlier this week from someone claiming to be the pastor of Temple Baptist who said, “We’re having church on Wednesday, no matter what.”

Despite getting the tickets Wednesday, Gordon told the paper that Temple Baptist plans on holding Easter morning services in the parking lot. He pointed out to the paper that a similar gathering was taking place not too far from the church parking lot.

“There’s 25 cars 200 yards away all in the same place at the Sonic Drive-In. What we’re doing endangers nobody,” he said.

Simmons recently hosted a conference call with local pastors to discuss the church meeting situation and told the paper the only pastors against the executive order were Scott of Temple Baptist and Charles Hamilton Jr., pastor of King James Bible Baptist Church, also in Greenville.

And as it happens, First Liberty Institute — which is representing Hamilton and his church — sent a letter to Simmons urging him to withdraw his executive order, WJTV-TV reported.

“Protecting religious liberty is essential, even during a pandemic,” Jeremy Dys, special counsel for litigation and communications at First Liberty, told the station. “Americans can tolerate a lot, if it means demonstrating love for their fellow man, but they will not — nor should not — tolerate churchgoers being ticketed by the police for following CDC guidelines at church. This has to stop now.”

This story has been updated. 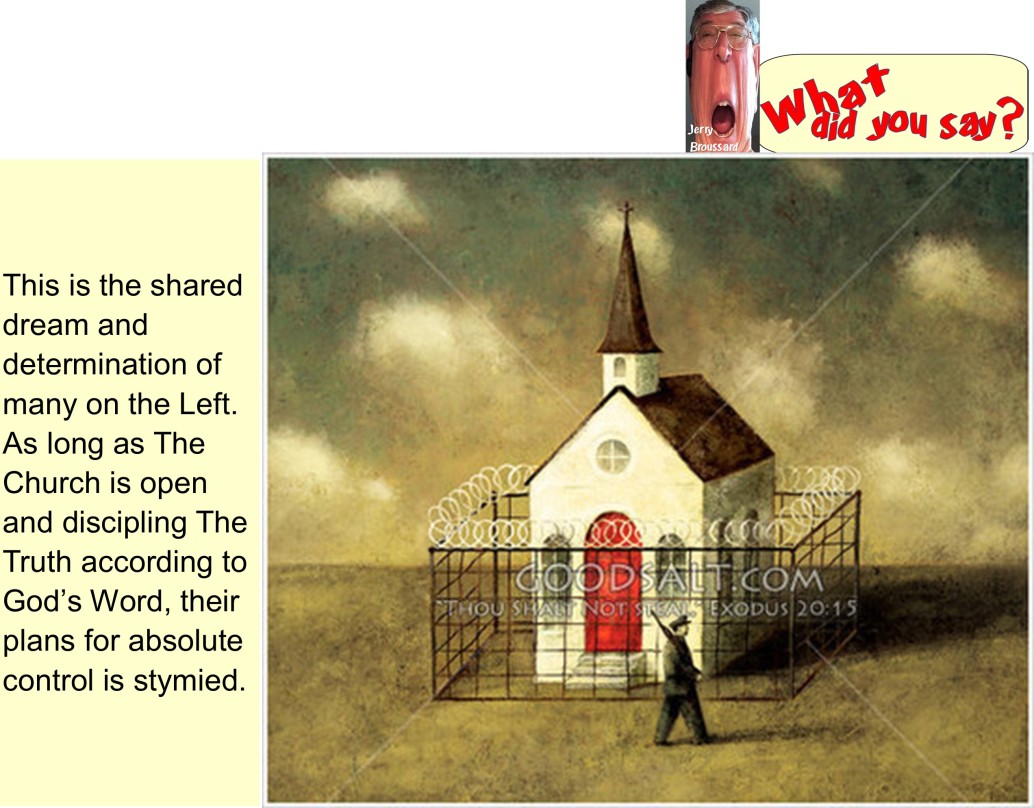 California man stranded on side of road with car trouble calls tow truck for help. Before the tow can arrive, Jay Leno comes to the rescue.

EXCLUSIVE: Dr. Shi Zhengli and the Wuhan Institute of Virology Connected to Coronavirus EXPERIMENTED WITH LIVE ANIMALS …And We Have Proof!