NRL News Today reported on Kansans for Life annual Valentine’s Day banquet held earlier this month. Nearly 1,200 people were in attendance at this event. The theme of this event was LIV-ing in victory, which referred to Super Bowl LIV. Lamar Hunt, Jr., one of the owners of the Super Bowl Champs, the Kansas City Chiefs, was the Master of Ceremonies for the event. In his opening remarks, he said:

I do not think it is a cliché to say we are in a life and death battle for the truth and authentic dignity of the human person. We need your full attention. You need to drop what you’re doing and join us, and this can be in so many ways: prayer, assistance to those in need, emails, phone calls, in-person meetings. Get educated about what we’re fighting about here. Really listen in and tune in.

Then Hunt said, “Please do something about it. Pray. Take action. If you don’t know what to do, ask somebody. Place this as a major priority in your life.”

Hunt concluded by saying that he often heard the phrase “Live in victory” from another resident at the retirement home where he visits his mother.

The main highlight of that evening was the keynote speech by Tim Tebow, former quarterback for the Denver Broncos.

“It is such an honor to be here,” Tebow said as he thanked the other speakers coming before him for their work to protect the unborn. Tebow praised Hunt for “having courage in the face of a lot of other people who don’t have it and for your willingness to be up here and support this organization.”

“It really does mean a lot more than winning the Super Bowl,” Tebow remarked. He continued, “One day, when you look back and people are talking about you and they say Oh my gosh what are you going to be known for? Are you going to say Super Bowl, or we saved a lot of babies?”

Tebow asserted that Kansans for Life is not a philanthropy.

Later, Tebow turned toward Hunt and Chiefs punter, Dustin Colquitt, who was also attending the event, he told them it was “awesome they won the Super Bowl.”

“It’s amazing. What an accomplishment! But you know the best part of that accomplishment is that it gets you an even bigger platform.” That platform, Tebow declared, can be used to support the pro-life movement.

“You see, my mom 32 years ago had doctors tell her she needed to abort me because if she didn’t, it was going to cost her life. And they didn’t even believe that I was a baby. They thought I was a tumor,” Tebow said.

Tebow jokingly recounted that as the baby of a family of 5 siblings, he was called “Timmy the tumor” by his siblings.

On a more serious note, Tebow said, “to make a long story short, when I was born, they found out the placenta wasn’t actually attached. So, the doctor looked at my mom after 37 years of being a doctor and said, ‘This is the biggest miracle I’ve ever seen because I’m not sure how he’s alive.’ … I’m so grateful that my mom trusted God with my life and her life.” 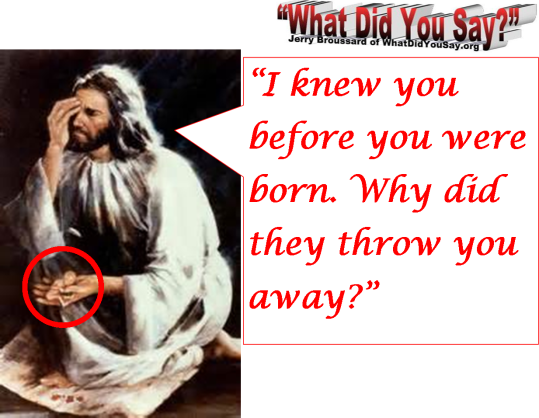 In 1986, Tebow’s father, Robert, begged the Lord to give him one more child. His father said, “I prayed for a preacher and got a quarterback.”