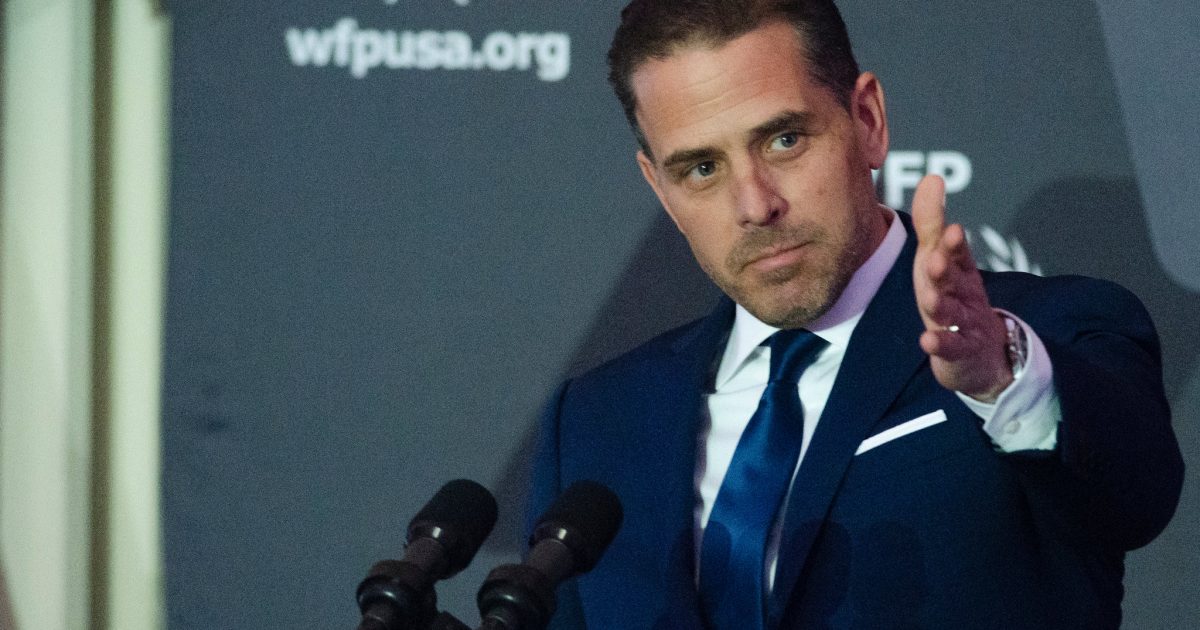 The worm is turning and soon will have turned. And many within Obama’s non-scandalous administration will find themselves embroiled in scandal.

Bragging rights notwithstanding, these scoundrels at least and traitors at most, are part of Obama’s cabal in one form or another.
And although most of the swamp rats in question worked directly for Obama, there remains questions about a “satellite”, and the son of the former Vice President, namely Hunter Biden.
He will crack under pressure.

Absolving the president is now out of the way.

Thus, the Senate begins the work on hammering down the true criminals. And they’ve started with some juicy financials.
As Yahoo News explains:

The Treasury Department has complied with Republican senators’ requests for highly sensitive and closely held financial records about Hunter Biden and his associates and has turned over “‘evidence’ of questionable origin” to them, according to a leading Democrat on one of the committees conducting the investigation.

For months, while the impeachment controversy raged, powerful committee chairmen in the Republican-controlled Senate have been quietly but openly pursuing an inquiry into Hunter Biden’s business affairs and Ukrainian officials’ alleged interventions in the 2016 election, the same matters that President Trump and his personal lawyer Rudy Giuliani unsuccessfully tried to coerce Ukraine’s government to investigate.

Unlike Trump and Giuliani, however, Sens. Charles Grassley, chairman of the Finance Committee; Ron Johnson, chairman of the Homeland Security and Governmental Affairs Committee; and Lindsey Graham, chairman of the Judiciary Committee, have focused their efforts in Washington, seeking to extract politically useful information from agencies of the U.S. government. They’ve issued letters requesting records from Cabinet departments and agencies, including the State Department, the Treasury, the Justice Department, the FBI, the National Archives and the Secret Service.

Take James Comey for example. He spent three years marching around the country, blaming Trump for his demise. In fact, Comey even wrote a book, in which he claimed to possess a higher loyalty. (He must be counting his affection for the Obamas and the Clintons.) But lo and behold, the Horowitz Report came out and established Comey as the most corrupt leader of the FBI, topping J. Edgar Hoover.

Grassley and Johnson have sought to obtain some of the most sensitive and closely held documents in all of federal law enforcement — highly confidential suspicious activity reports (SARs) filed by financial institutions with FinCEN, an agency of the Treasury that helps to police money laundering.

Now Democrats are sweating bullets. Apparently, they’re afraid these financial might be the iceberg that sinks 2020. Of course, we know Trump doesn’t need help winning the election. At this point, the impeachment farce guaranteed a win. Nevertheless, Democrats are shaking in their shorts over the implications of a Republican-led investigation.

The article points out:

With the Senate impeachment trial concluded and the Democratic primaries in full swing, the efforts of the Republican-led investigation may soon appear at the center of the political stage. The flow of information from the administration to Senate Republicans has prompted concerns among Democrats that any damaging information uncovered may be deployed at a time of maximum political advantage for the Trump campaign.

In other words, Democrats don’t want us to uncover their efforts to cheat on Hillary’s behalf. And they especially want to bury the bizarre tale of the Bidens in the Ukraine. However, if Republicans figure it all out, Democrats are prepared to call a real investigation a form of campaign sabotage.

No matter how it all goes down, Republicans will enjoy #FourMoreYears of #winning. Meanwhile, it’s fair to expect four more years of scheming, courtesy of the left.