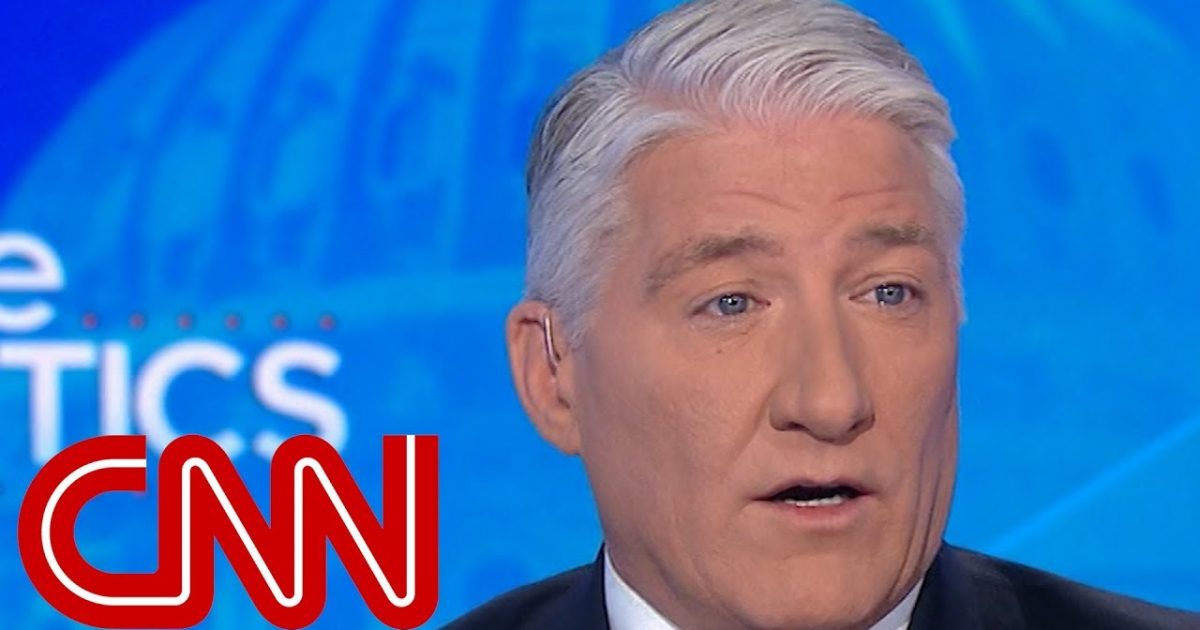 There’s a certain irony in the fact that CNN has graced our news twice today.

Earlier, we dissected an article in which CNN didn’t adhere to the high journalistic standards expected of the mainstream media.

Or shall I say “once expected,” because it seems people are content with #FakeNews all too often. Nevertheless, CNN published an article in which the very title was an erroneous claim.

The headline read: GOP concedes Trump may have withheld aid for probes but says it’s not impeachable.

Trending: Did You See Comey’s Tweet on Impeachment Acquittal?

As we pointed out, CNN’s senior congressional correspondent, Manu Raju, clearly tried to pass off his opinions as statements of fact. Of course, we’ve grown accustomed to CNN’s inability to stick to the facts. Thus, it’s always surprising when a member of the CNN staff has a moment of clarity.

But that’s exactly what happened shortly after the Justice Roberts refused to read Rand Paul’s question during the impeachment hearing.

Justice Roberts said he didn’t want to reveal the identity of the whistleblower. (Even though his identity has been established by several media sites.) Thus, a debate ensued.

As we previously reported:

“My exact question was: Are you aware that House intelligence committee staffer Shawn Misko had a close relationship with Eric Ciaramella while at the National Security Council together,” Paul stated, “and are you aware and how do you respond to reports that Ciaramella and Misko may have worked together to plot impeaching the President before there were formal house impeachment proceedings.”

Paul said his question was not in regard to the whistleblower’s ID, but about whether leftover partisan Obama officials conspired with House Intelligence Committee Chairman Adam Schiff, now the head impeachment manager in the Senate, to devise an impeachment scheme prior to the beginning of the proceedings.

“My question today is about whether or not individuals who were holdovers from the Obama National Security Council and Democrat partisans conspired with Schiff staffers to plot impeaching the President before there were formal House impeachment proceedings,” Paul tweeted. “My question is not about a ‘whistleblower’ as I have no independent information on his identity.”

Here’s where the shock and awe comes in.

In fact, King even proposed some questions of his own.

CNN anchor John King defended Republicans on Thursday, arguing they made a “legitimate point” in asking why the intelligence community whistleblower — who brought the complaint that prompted Trump’s impeachment — hadn’t been questioned.

“You’re asking the Congress, the Senate now, to remove the President of the United States,” King said. “It’s a legitimate point for the president’s team and the Republicans to say: ‘Shouldn’t we go to the very origin of this?’”

His comments came after Sen. Rand Paul, R-Ky., tried asking a question that mentioned the name of a person reported to be the whistleblower. Chief Justice John Roberts shut down the question, which Paul described as “atypical.”

King said he wouldn’t help Paul “air his grievances” over the issue, but proposed certain questions for Democrats.

“Republicans make a good point — the whistleblower started all of this. Why hasn’t the whistleblower been questioned?” he said. “Shouldn’t the House Democrats have found a secure way to do that? It’s a legitimate point of debate as we go through this.”

It’s sad when using common sense becomes headline-worthy. But the mainstream media is so far removed from reality that this rare show of intelligence clearly blew our minds today! As for tomorrow, expect democrats to prepare for defeat.