VIDEO: Sanders Open To New Tax To “Save” The Planet And He’s Dead Serious VIDEO: Sanders Open To New Tax To “Save” The Planet And He’s Dead Serious

Sen. Bernie Sanders (I-VT) who is still very much in the running for the Democrat nomination to run for President said that he is open to a ludicrous new tax to save the planet from climate change.

Sander’s who was conducting a town hall in Myrtle Beach, South Carolina stated the would be open to “meat tax” to combat climate change.

An attendee at the town hall asked the presidential candidate what would he do to address the meat industry’s impact on climate changed and floated the idea of a meat tax. The women said:

“As you probably know, animal agriculture is to blame for the majority of climate change and is the leading cause of deforestation water and air pollution and biodiversity loss,” the woman said.

“With that being known, what do you plan on doing to ensure that Americans limit their consumption of animal products?”

“Germany has imposed a meat tax in hopes of limiting this consumption,” she said. “What are your plans to stop these large corporations from further usurping natural resources and polluting the planet?”

“Thank you for the question, and it’s a good question. All I can say is if we believe, as I do and you do, that climate change is real, we’re gonna have to tackle it in every area, including agriculture,” Sanders said.

“In fact, one of the things we want to do with our farmers out there is help them become more aggressive and able to help us combat climate change, rather than contribute to it,” he continued. 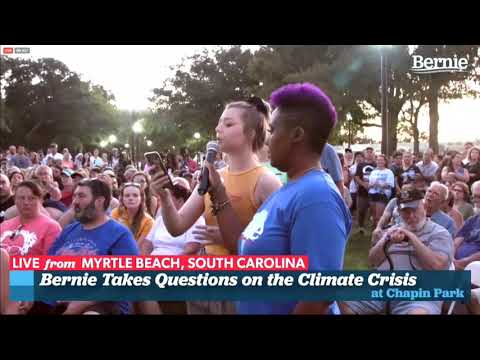 Normally when I hear about these things I dismiss this as liberal lunacy however, this isn’t the first time I have heard this latley. On August 7th the BBC reported that scientists are developing a vaccine that will work “against gut microbes that are responsible for producing methane in cow farts.” According to scientists, this would help save the planet. You can read all about that here CLICK HERE.

If liberals are willing to take out the electoral college why wouldn’t they wage war on cow farts and meat? I beg you all please vote we cannot let these crazy leftists in the White House.

Fact Check: No, Donald Trump Did Not Decide to Deport Kids with Cancer

Let’s Get Caught Up on Some Other Politically INCORRECT Cartoons.