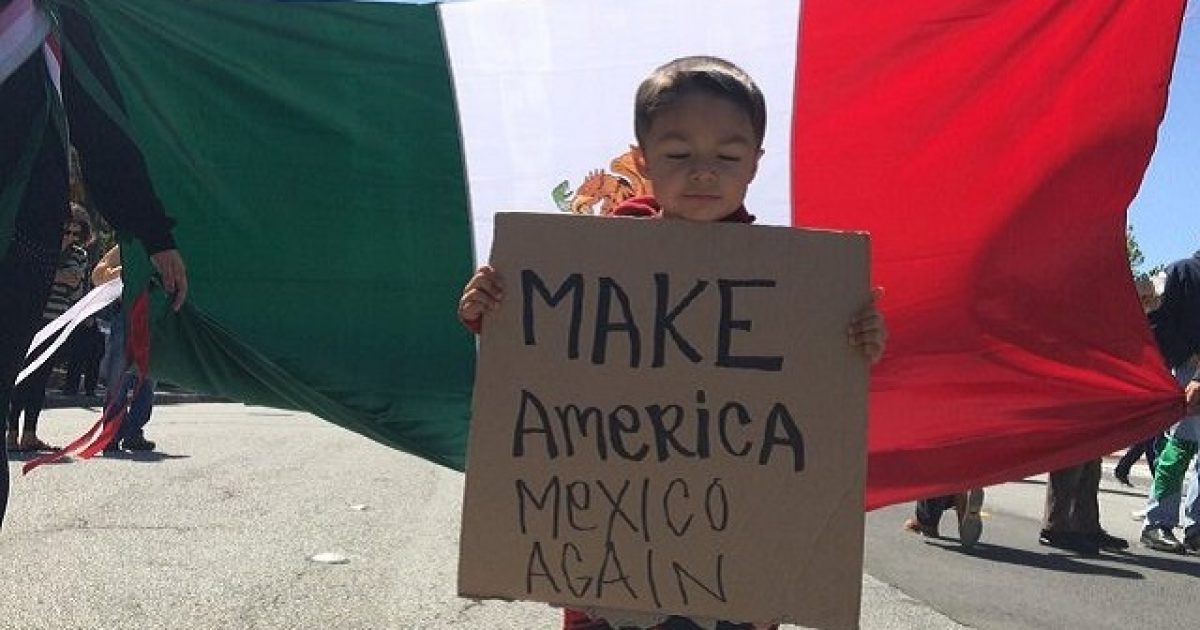 Democrats refuse to work with President Donald Trump on addressing a multitude of issues. So the president must be creative in getting things accomplished.

Apparently, the president knows the game. So with respect to immigration, he again put Democrats in their place.

President Trump’s Chief of Staff announced that the President was “deadly serious” about imposing a 5% tariff on Mexican imports. Trump made this statement based on Mexico’s refusal to illegals from crossing into the U.S.

“I don’t think mixing immigration and trade tariffs is a good approach to things,” Earl Anthony Wayne, a career diplomat who served as ambassador to Mexico from 2011 to 2015 under the Obama administration, told Hill.TV on Monday.

President Trump announced last week that he would place a 5-percent tariff on Mexican imports starting June 10, saying the tariffs would rise each month to as high as 25 percent until Mexico stops the influx of Central American migrants at the southern border.

But Wayne warned that Trump’s latest threat against Mexico could potentially sabotage his new trade deal that would replace the North American Free Trade Agreement (NAFTA).

“We just negotiated a new trade agreement with Mexico and Canada, which we’re trying to get the three Congress in each country to approve,” he said. “So then you have this going forward and then all of a sudden you have an unprecedented mixing of you’re not performing on immigration, so we’re going to impose new tariffs.”

Wayne said Trump should have taken a more consistent and conciliatory approach with Mexico over immigration.

“What I would have liked to have seen was several months ago, calling a meeting of ministers from both countries setting up a process for intense negotiations,” he said, adding that Trump’s diplomatic relations with Mexico on the whole have been “episodic.”

So much for what this clown knows.

What did Obama accomplish with Mexico during his tenure? Millions more illegals, and a growing trade deficit. During Obama’s tenure, the trade gap with Mexico hovered at around $60 billion annually. Not once did Obama discuss easing illegal entry into the United States, though he touted the border crisis multiple times. 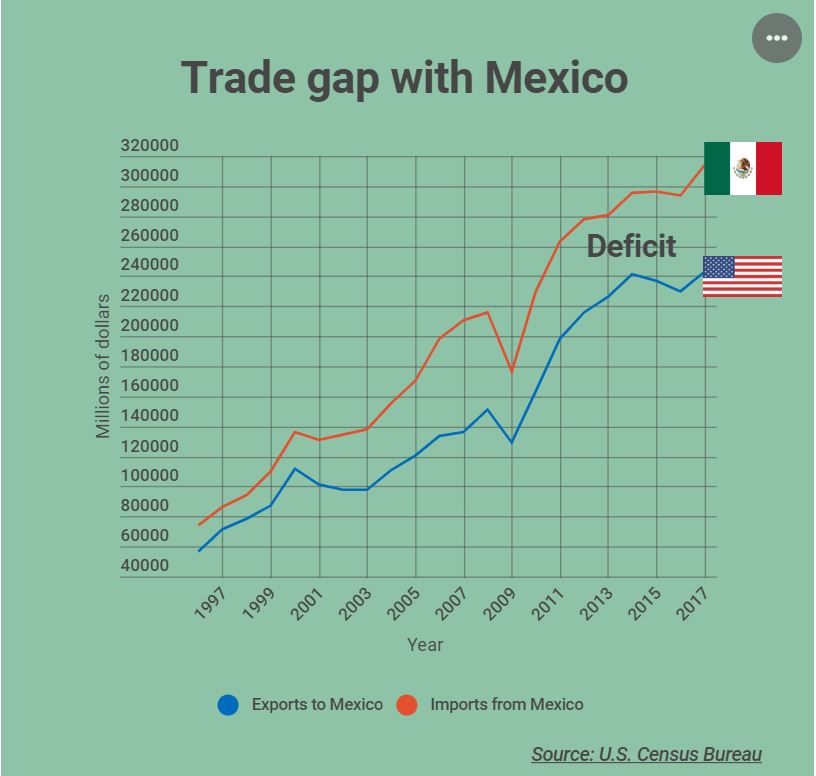 The Associated Press reports that Mexican President Andres Manuel Lopez Obrador “hinted his country could tighten migration controls.” Of course this move directly responds to President Trump’s plan, as Obrador said he plans on engaging the White House in talks this week.

It’s important to understand the speed in which Mexico set up the meetings. Further, Obrador added that he hopes talks will be fruitful.

The White House noted that Democrats have consistently ignored any request from the them to approve the emergency funding to handle the massive numbers of illegals. Democrats politicized what should be a bipartisan effort to curb illegal immigration and help true asylum-seekers.

President Trump made it clear (in a tweet) in no uncertain terms that he was serious about tariffs.

People have been saying for years that we should talk to Mexico. The problem is that Mexico is an “abuser” of the United States, taking but never giving. It has been this way for decades. Either they stop the invasion of our Country by Drug Dealers, Cartels, Human Traffickers….

Clearly President Trump sees what Mexico does for what it is; a slap in the face of the United States. So what better time than now to get Mexico to do what Democrats refuse to do.

Listen to Obama’s rhetoric, then ask yourself what he actually accomplished:

I said all along that America’s economy will be the president’s “trump card”, pun not intended. Mexico has known for some time that years of trade abuse would be paid back not only with trade balance, but also with penalties for allowing years of abuse from illegals.

The Real Facts About Abortion