No, Democrats, the Obama-Biden Administration Was Not Scandal-Free

The Obama-Biden administration was plagued with scandals, and the biggest one may soon be revealed. 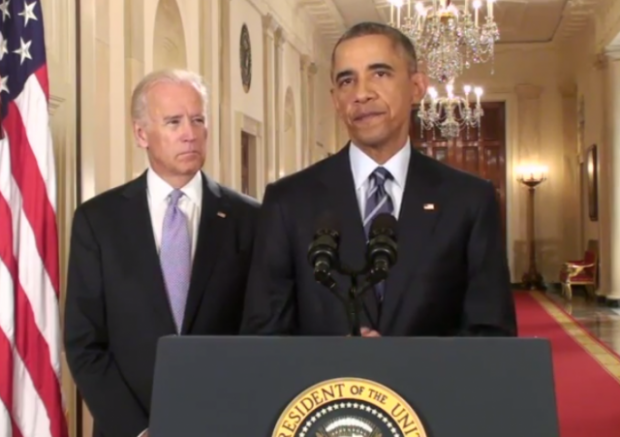 First was his announcement video which focused on the oft-debunked media-driven lie about President Trump’s response to the August 2017 Charlottesville riots. The second was his declaration that the Obama-Biden administration was scandal-free.

Biden made the absurd claim on a Friday segment of ABC‘s “The View” program. Newsbusters has the transcript of the former veep talking fondly about his former boss:

BIDEN: The thing I’m proudest of is we coincidentally were each in a different part of the country and we were each talking to groups of people that were being televised, the same day, purely coincidentally we were asked what are you proudest of from your administration? You know what I said –it turns out he said the same thing and probably a little more clearly than I did. Is that, not one single whisper of scandal.

BIDEN: Not one single whisper! [applause] That’s Barack Obama! That’s because of Barack!

Watch video of Biden’s remarks below:

This is a bogus assertion that has been made by more than just Joe Biden. A number of Democrats have made similar claims since Trump was elected president, including Barack Obama himself and former administration officials like adviser Valerie Jarrett. This lie is so huge that it’s on par with Obama’s 2013 “if you like your health care plan, you can keep it” lie of the year about Obamacare.

Since Biden has revived the so-called “scandal-free” claim, it has (again) been easily and definitively refuted by conservative new media outlets—but not, of course, by the mainstream media. A number of Twitter users also called him out on it. Here are two that received a lot of retweets:

The biggest one of all, as Bongino alluded to, is “Russiagate” and what the Obama administration knew and when they knew it. Republican Senators like Rand Paul (KY) and Lindsey Graham (SC) have demanded answers to those questions and have taken steps to get them:

Trump himself indicated on Thursday that we could be very close to finding out much-needed answers to some of those questions:

President Donald Trump used the word “blockbuster” to describe the Inspector General’s forthcoming report on the FBI’s use of Foreign Intelligence Surveillance Act warrants to surveil Trump’s 2016 campaign amid concerns of Russian interference.

Inspector General Michael Horowitz has been investigating whether the FBI abused FISA procedures in its targeted Russian-related surveillance operations, including on at least one former member of Trump’s campaign, foreign policy adviser Carter Page.

The FBI applied under FISA to conduct surveillance on Page—who has denied any wrongdoing—because it believed he had conspired with the Russian government, according to its application in October 2016. It also filed sought renewal warrants after Trump took office.

Horowitz is expected to report his findings in either May or June. Trump and his allies accused former senior members of the FBI, including ex-director James Comey, of obtaining FISA warrants by deceiving the court about the intelligence on which its applications relied.

“I think he knows how big this is. And if he’s as honorable as he’s supposed to be, the IG report coming out in three or four weeks, from what I hear, is going to be, and should be, and almost has to be a blockbuster because he has access to information that most people don’t.”

“We’re fully anticipating that the [DOJ inspector general’s] report will come out as Attorney General Barr said in the next four to six weeks, and I think it’s highly likely that we’ll see criminal referrals coming from them that will correspond with what Chairman [Devin] Nunes has already put forth,” Meadows said.

Between the IG’s report, and Paul’s and Graham’s determined efforts to get to the bottom of Russiagate, I can hardly wait to find out what we learn next . . . and expect Biden and the media to try to toss it down the memory hole with the rest of the Obama-Biden admin scandals.

— Stacey Matthews has also written under the pseudonym “Sister Toldjah” and can be reached via Twitter. —