Biden May Not Want To Go To Ukraine Anytime Soon, He Could Be Arrested Due To New Court Ruling

The court had previously ordered that the Prosecutor General’s Office and the State Bureau of investigation investigate Shokin’s claim that he was fired in the spring of 2016 because of pressure from Biden in 2016. At the time Shokin was investigating Burisma Holding a natural gas company where Biden’s son Hunter was on the board. The court ruled that there was enough evidence to investigate Shokin claims that Biden’s pressure on then-President Pedro Poroshenko, including a threat to withhold $1 billion in US loan guarantees, amounted to unlawful interference in Shokin’s work as Ukraine’s top prosecutor.

The ruling orders “a competent person of the Office of the Prosecutor General of Ukraine who conducts procedural management in criminal proceedings No. 62020000000000236 dated February 24, 2020 to enter information into the Unified register of pre-trial investigations … a summary of facts that may indicate the commission of a criminal offense under Paragraph 2 of Article 343 of the Criminal procedure code of Ukraine on criminal proceedings No. 62020000000000236 dated February 24, 2020, namely: information on interference in the activities of the former Prosecutor General of Ukraine Shokin, Viktor Mykolaiovych performed by citizen of the United States of America Joseph Biden, former U.S. Vice President.”

The judge added, “the order of the court may not be appealed.”

You can read the order here.

Biden has bragged on videotape that he forced Poroshenko to fire Shokin however, he denied it was because Shokin was investigating Burisma. 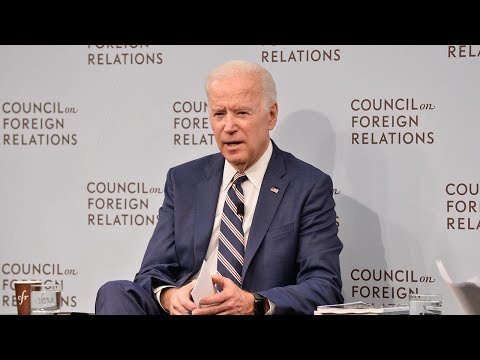 Shokin has alleged under oath that he was told he was fired because he refused to stand down in his investigation of alleged corruption by Burisma. Before he was fired Shokin had planned to call Hunter Biden in as a witness and wanted to question him.

Joe might want to be careful setting foot in Ukraine or he may attend a bail hearing.