An unlawful assembly was declared in San Diego on Saturday after violence sprang up when a mob of Antifa and Black Lives Matter protesters clashed with Trump supporters during the group’s “Patriot March” in southern California. KSWB-TV photojournalist Paul Makarushka captured the moment when a horde of apparent Antifa members, at least one wielding a baseball bat, converged upon a handful of conservatives.

“[T]rump supporters clash with BLM and antifa on the boardwalk in PB,” Makarushka tweeted. “Heavy police presence some fights and scuffles. Pepper spray etc (not from pd).”

Patrick T. Fallon, staff photojournalist for AFP, documented some of the images of the violent Saturday in San Diego. A shirtless man has an open wound on his face and blood on his shoulder as a group of black bloc comrades are seen in the background. One member of the gang is seen spraying an unidentified liquid from a water gun into the faces of two men. One man was seen with a knife in his hand, “which apparently led to counter-protesters using the bear spray/pepper spray.”

A mob was seen waving an “Antifascist Action” flag and holding a sign that read: “ASHLI BABBITT DESERVED IT.” Ashli Babbitt was the Trump supporter and 14-year Air Force veteran from San Diego who stormed the Capitol building last week and was fatally shot.

There were also many people dressed in all-black waving Black Lives Matter flags.

Dozens of police officers dressed in riot gear were dispatched to the Pacific Beach boardwalk to stop the unrest.

At around 5:30 p.m., an unlawful assembly was declared by the San Diego Police “due to acts of: Violence.” The San Diego Police Department reported that rioters threw glass bottles, rocks eggs, and other objects at officers. Dissenters also used pepper spray on the cops.

A little after 9 p.m., authorities announced that “All the groups have left the area.” The SDPD has not yet announced any arrests stemming from Saturday’s disorder.

Between October 1 and mid-November of last year, 2 Afghans and 22 Pakistanis reportedly surrendered to Border Patrol agents.

Among the several dozen Pakistani and Afghan men who have entered the U.S. illegally, coming into San Diego from Tijuana, two were found to have ties to terrorist groups, according to a letter sent by U.S. Rep. Duncan Hunter to the Department of Homeland Security.

Muhammad Azeem and Muktar Ahmad, both in their 20s, surrendered to U.S. Border Patrol agents in September, according to Immigration and Customs Enforcement. One was listed on the Terrorist Screening Database for “associations with a known or suspected terrorist. The other was a positive match for derogatory information in an alternative database,” according to Hunter’s letter.

Azeem and Ahmad are among dozens of men — described by Border Patrol agents as “military age and carrying U.S. cash” who began entering the U.S. through a Tijuana-based human-smuggling pipeline in September.

Pakistanis and Afghans crossing the border illegally in the San Diego sector are pretty unusual, according to Border Patrol statistics. In 2013, U.S. Customs and Border Protection detained fewer than 400 Pakistanis throughout the entire United States — at the ports of entry, airports, and along the border between ports.

“We have detained more Pakistanis and Afghans in the first month of this fiscal year than we did all last year,” assistant chief Richard Smith confirmed in November.

In the month and a half since mid-November, 3 more Afghans and 6 more Pakistanis were detained by the Border Patrol (not including those detained at the ports of entry).

Customs officials did not return calls for their statistics on detentions at the ports of entry.

The decline in arrests had not lessened concerns, however. Federal agents say they believe that the Pakistanis have begun making an effort to avoid being caught.

Until November, they would enter in groups and seek a federal agent to surrender to, according to union officials. It is believed that they did this because illegal entrants who are not Mexican citizens and who are deemed to not pose a significant threat are generally given a date to appear at immigration court and then released on their own recognizance. (Central Americans coming to Texas and the Roma in San Diego both used the same method to enter the U.S. in the past two years.)

But that method has changed, National Border Patrol Council president Terence Shigg said. While the Border Patrol’s San Diego sector continues to apprehend Pakistanis and Afghans, they are now finding them travelling alone and often farther north of the border than the earlier surrenders.

“It’s very concerning,” Shigg said. “We have no idea what their actual intentions are because we have no effective way of backtracking. Just the males are coming and there’s no way for us to know for certain who they are and why.”

Both Azeem and Ahmad remain in ICE custody, spokeswoman Lauren Mack confirmed. ICE’s Homeland Security Investigations is part of the Joint Terrorism Task Force, she noted, and works closely with the Federal Bureau of Investigation on terrorism-related investigations.

“The challenge of getting these individuals is getting who they actually are confirmed — proving identity is difficult in that environment,” Burton said. “Afghanistan and Pakistan do not have a robust identification system — these are places where there is tremendous potential for official document and visa fraud.” 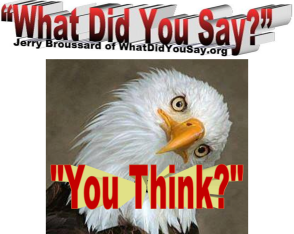 Shigg said he believes that federal officials should be talking openly about this new development and committing more resources to keeping people from such countries in custody until they can be completely vetted.

“It’s not as if they don’t have the systems to sort, but they have to dedicate the resources and detention space to sorting this out,” he said. “These are credible threats.” 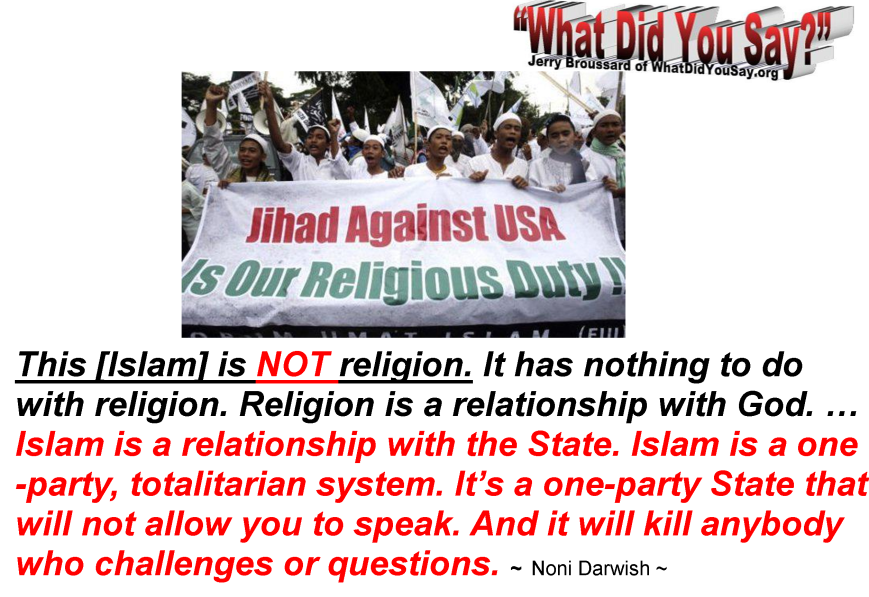 Fireside Chats: Christmas Stockings
Saturday, December 13, 2014 Devotion by Dr. David Jeremiah of Turning Point Ministries
”So He called His disciples to Himself and said to them, “Assuredly, I say to you that this poor widow has put in more than all those who have given to the treasury.”” (Mark 12:43; NKJV)

“Your love must be real. Hate what is evil. Do only what is good. Love each other in a way that makes you feel close like brothers and sisters. And give each other more honor than you give yourself. As you serve the Lord, work hard and don’t be lazy. Be excited about serving him! Be happy because of the hope you have. Be patient when you have troubles. Pray all the time. Share with God’s people who need help. Look for people who need help and welcome them into your homes.’
“Wish only good for those who treat you badly. Ask God to bless them, not curse them. When others are happy, you should be happy with them. And when others are sad, you should be sad too. Live together in peace with each other. Don’t be proud, but be willing to be friends with people who are not important to others. Don’t think of yourself as smarter than everyone else.’
“If someone does you wrong, don’t try to pay them back by hurting them. Try to do what everyone thinks is right. Do the best you can to live in peace with everyone. My friends, don’t try to punish anyone who does wrong to you. Wait for God to punish them with his anger. In the Scriptures the Lord says,
“I am the one who punishes;
I will pay people back.”Deuteronomy 32:35
20But you should do this:
“If you have enemies who are hungry,
give them something to eat.
If you have enemies who are thirsty,
give them something to drink.
In doing this you will make them feel ashamed” Proverbs 25:21-22
“Don’t let evil defeat you, but defeat evil by doing good.” (Romans 12:9-21: Easy to Read Version, American Bible Society)

A poor man, father of three beautiful daughters, had no money to provide for their marriages or their futures. Hearing this, Saint Nicholas secretly put a bag of gold in the daughters’ stockings, which were hanging by the fireplace to dry overnight. Upon rising, the family was overjoyed. Ever since, children have hung up stockings on Christmas Eve in hopes of a visit from Saint Nicholas.
That’s the closest we can come to the origin of Christmas stockings. Regardless of the origin of the practice, one thing is evident: Christmas stockings can only hold small gifts. Indeed, what would fit in a child’s stocking was the extent of the earliest Christmas gifts from parents to children. And therein is the lesson: It’s the little things that matter most at Christmas. Jesus Himself revealed the true meaning of value when He commended a widow in Jerusalem for putting two pennies into the Temple treasury.
As you plan your Christmas giving this year, keep “value” in mind. Gifts wrapped in Christmas love are the most valuable of all.
© 2014 Turning Point with Dr. David Jeremiah