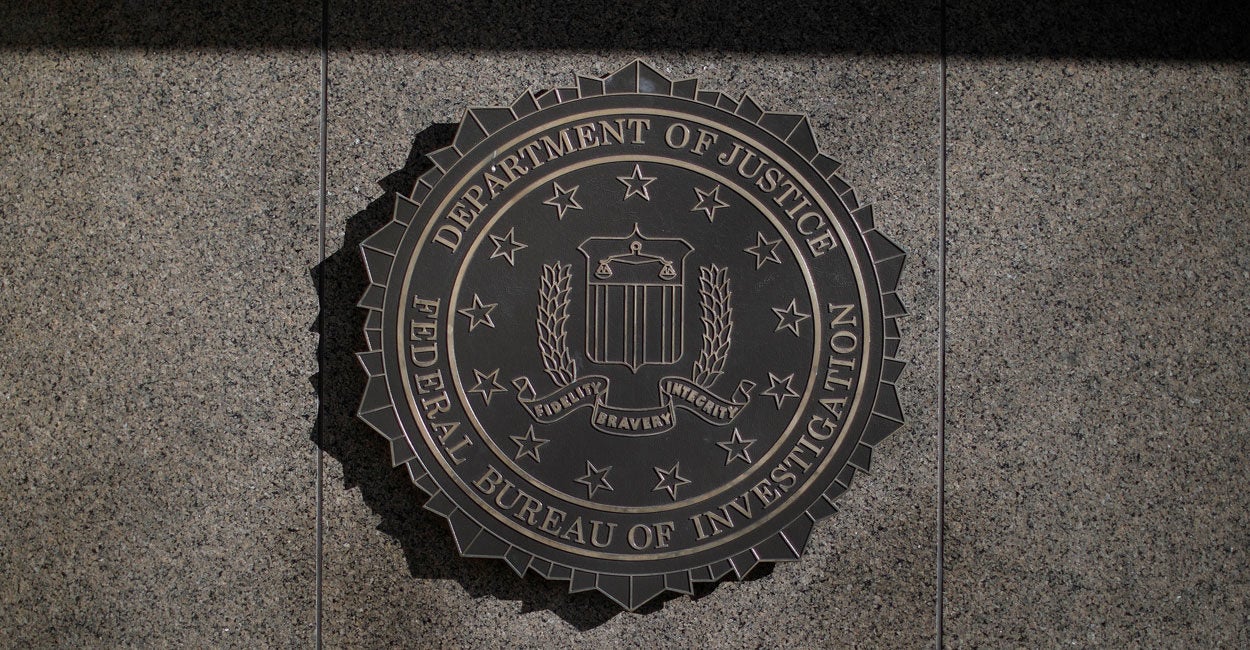 Peter Strzok has been fired from his job at the FBI, but the hits from his text messages to his former mistress, former FBI lawyer Lisa Page, just keep on coming. In the latest development, Rep. Mark Meadows, R-N.C., has written a letter to Rod Rosenstein, the deputy attorney general, disclosing that the latest documents provided to his committee by the Justice Department contained Strzok-Page texts that revealed “an apparent systemic culture of media leaking by high-ranking officials at the FBI and DOJ related to ongoing investigations.”

Meadows, who chairs the subcommittee on government operations of the House Committee on Oversight and Government Reform, was referring to a text on April 10, 2017, in which Strzok tells Page that he wants to talk to her “about [a] media leak strategy with DOJ.”

The reason that this is significant is that on April 11, the very next day, The Washington Post broke the story that the FBI had obtained Foreign Intelligence Surveillance Act warrants to electronically eavesdrop on former Trump campaign adviser Carter Page after convincing the FISA court that Page was “acting as an agent of a foreign power.”

The Washington Post article cited “law enforcement” officials as the source of its story. On April 12, the day after the story broke, Strzok sent Lisa Page another text message that, according to Meadows, congratulated her for a job “well done,” while referring to two derogatory articles about Carter Page.

As Meadows correctly points out, the story set “off a flurry of articles suggesting connections between President Trump and Russia.”

Of course, after a year and a half of the special counsel investigation by Robert Mueller, there still has not been any evidence publicly revealed that shows any actual collusion between the Trump campaign and Russian officials and agents. Moreover, Carter Page has never been charged with being an agent of a foreign power or for any other violation of the law.

What makes this even worse is that Meadows also tells Rosenstein that other documents indicate that Andrew Weissmann “participated in unauthorized conversations with the media during this same time period,” as did other “senior officials at the FBI and DOJ.” Weissmann is a senior deputy to Mueller in the special counsel’s investigation.

None of this alleged misbehavior should be a surprise.

In June, the Justice Department’s inspector general, Michael Horowitz, released his report on the handling of the separate Hillary Clinton email investigation. One of his findings was that FBI agents “widely ignored” the FBI’s policy against disclosure of confidential information about law enforcement investigations. The agents making these disclosures even “received benefits from reporters, including tickets to sporting events, golfing outings, drinks and meals, and admittance to nonpublic events.”

The disclosure of confidential law enforcement information in a criminal investigation can irreparably damage the reputations and livelihoods of innocent individuals (not to mention presidential candidates). It can also unduly prejudice the due process rights of those targeted in a federal investigation and prosecution.

What is especially disturbing about this is that, as Meadows says in his letter:

During our interviews with Peter Strzok and Lisa Page, FBI attorneys consistently suggested witnesses could not answer questions due to the U.S. Attorneys’ Manual’s policy for ongoing investigations.  However, documents strongly suggest that these same witnesses discussed the ongoing investigation multiple times with individuals outside of the investigative team on a regular basis.

If anyone thinks this leaking has been stopped since Horowitz criticized the FBI in his June report, think again.

Meadows says that his committee “continues to receive troubling evidence that the practice of coordinated media interactions continues to exist with the DOJ and FBI.” In August, Meadows claimed that he had information indicating that the FBI and Justice Department leaked information to the press in order to be able to use “those same press stories as a separate source to justify FISA” warrants.

As a result of his review of this recently provided documentation, Meadows is asking Rosenstein for copies of all communications between several FBI agents and Justice Department officials and Strzok, Lisa Page, Andrew McCabe, Bruce Ohr, and Weissmann that “would provide critical insight into the backdrop of the Russia investigation.”

What Meadows didn’t ask for—but should have—is an explanation about Weissmann’s alleged meetings with the media.

It seems clear from Meadows’ letter that Congress and the public may still not have all of the information they need to determine whether there was a legitimate basis for the FISA warrants that authorized electronic surveillance of the Trump campaign and launched the Russian election-collusion investigation, and whether this investigation has been appropriately handled.

Horowitz’s office is investigating alleged abuses of the FISA process. Hopefully, his report will cover these issues.

It is also important that Congress get to the bottom of this, not only to protect the rights of individuals who may have been unfairly targeted by federal law enforcement agents, but also to ensure that the Foreign Intelligence Surveillance Act, which is an important and necessary tool in our counter-intelligence operations, was not maliciously abused for political purposes.

Hans von Spakovsky is an authority on a wide range of issues—including civil rights, civil justice, the First Amendment, immigration, the rule of law and government reform—as a senior legal fellow in The Heritage Foundation’s Edwin Meese III Center for Legal and Judicial Studies and manager of the think tank’s Election Law Reform Initiative. Read his research.

House Permanent Select Committee on Intelligence members gained access to all Department of Justice and FBI documents it possesses on the Trump dossier, The Daily Caller News Foundation has learned.

The committee was able to review Friday all FBI and DOJ documents on the Trump dossier, former MI-6 British agent Christopher Steele who authored the dossier, and Fusion GPS, the political opposition firm that hired Steele. DOJ also provided Obama administration applications to the Foreign Intelligence Surveillance Court, which could approve the surveillance of the Trump transition team, according to a source with direct knowledge of the case.

The information could serve as a key breakthrough in the committee’s investigation of Steele, Fusion GPS and the Russians who influenced the dossiers’ contents.

The only exception to the release was an FBI one FD-302 document that FBI Director Christopher Wray showed only to Nunes. The document pertains to interviews of sources or suspects.  The committee also will have access to interview key Justice Department and FBI officials later in January.

The Intelligence Committee is seeking a clear understanding of how the FBI and Obama’s Justice Department officials used the dossier, which Steele compiled from unknown Russian sources. The dossier contained unverified and disparaging charges about Trumps activities in Russia.

Hillary Clinton’s presidential campaign and the Democratic National Committee paid Fusion GPS for the dossier. The intelligence committee is also investigating whether the FBI or the Justice Department also agreed to pay Steele for his information, how they used the information and what steps, if any, they took to verify its content.

The documents additionally could provide insights into the Obama administration’s request to “unmask” or force the intelligence community to reveal the identity of Trump transition officials who were in contact with diplomats and foreign principals.

The Justice Department and the FBI have actively stonewalled Congress since 2017 over the Obama administration’s relationship to Fusion GPS, Steele and its use of the dossier to obtain a warrant before the Federal Intelligence Surveillance Court, which can authorize surveillance on American citizens.

Nunes expressed frustration with the lack of any response to the requests for documents in a December letter to Rosenstein. “Unfortunately, DOJ/FBI’s intransigence with respect to the August 24 subpoenas is part of a broader pattern of behavior that can no longer be tolerated,” he wrote.

“As a result of the numerous delays and discrepancies that have hampered the process of subpoena compliance, the committee no longer credits the representations made by DOJ and/or the FBI regarding these matters,” Nunes told Rosenstein.

The information also could be used for a criminal investigation of Steele.

Sen. Chuck Grassley, the chairman of the Senate Committee on the Judiciary, said he believed Steele lied to federal authorities about his contacts with reporters regarding information in the dossier, and he urged the department to investigate.

“I don’t take lightly making a referral for criminal investigation,” he said. “But, as I would with any credible evidence of a crime unearthed in the course of our investigations, I feel obliged to pass that information along to the Justice Department for appropriate review,” he said according to The New York Times.

TheDCNF contacted the White House for confirmation about the matter but has not yet received any response.

A Justice Department official who was demoted last month after he was found to have links to the Trump dossier has left a second high-level position at the agency, The Daily Caller has confirmed. At the beginning of last month, Bruce Ohr held two positions at DOJ: associate deputy attorney general and director of the Organized Crime Drug Enforcement Task Forces (OCDETF).

Fox News first reported on Monday that Ohr will no longer lead OCDETF. A Justice Department spokeswoman confirmed Ohr’s separation from that division but did not say whether Ohr resigned or was removed from the position.

But Ohr was removed from that position early last month after it was revealed that in 2016, he met separately with Christopher Steele, the author of the dossier, and with Glenn Simpson, the founder of the opposition research firm that commissioned the salacious document. Fox News first reported that Ohr met before the election with Steele, a former MI6 agent. He met just after the election with Simpson, who operates Fusion GPS. Ohr’s wife, a former CIA employee and Russia expert named Nellie Ohr, worked for Fusion GPS to investigate Trump during the campaign.

Simpson, a former Wall Street Journal reporter, told the House Intelligence Committee in November that he had met with Ohr. Fox News has reported that the Justice Department was not aware of Ohr’s links to Fusion GPS and the dossier.

Ohr is slated to meet with the House Intelligence Committee on Wednesday, Jan. 17. Rosenstein, the deputy attorney general, agreed last week to make Ohr and several other DOJ and FBI officials available for interviews with the House panel.