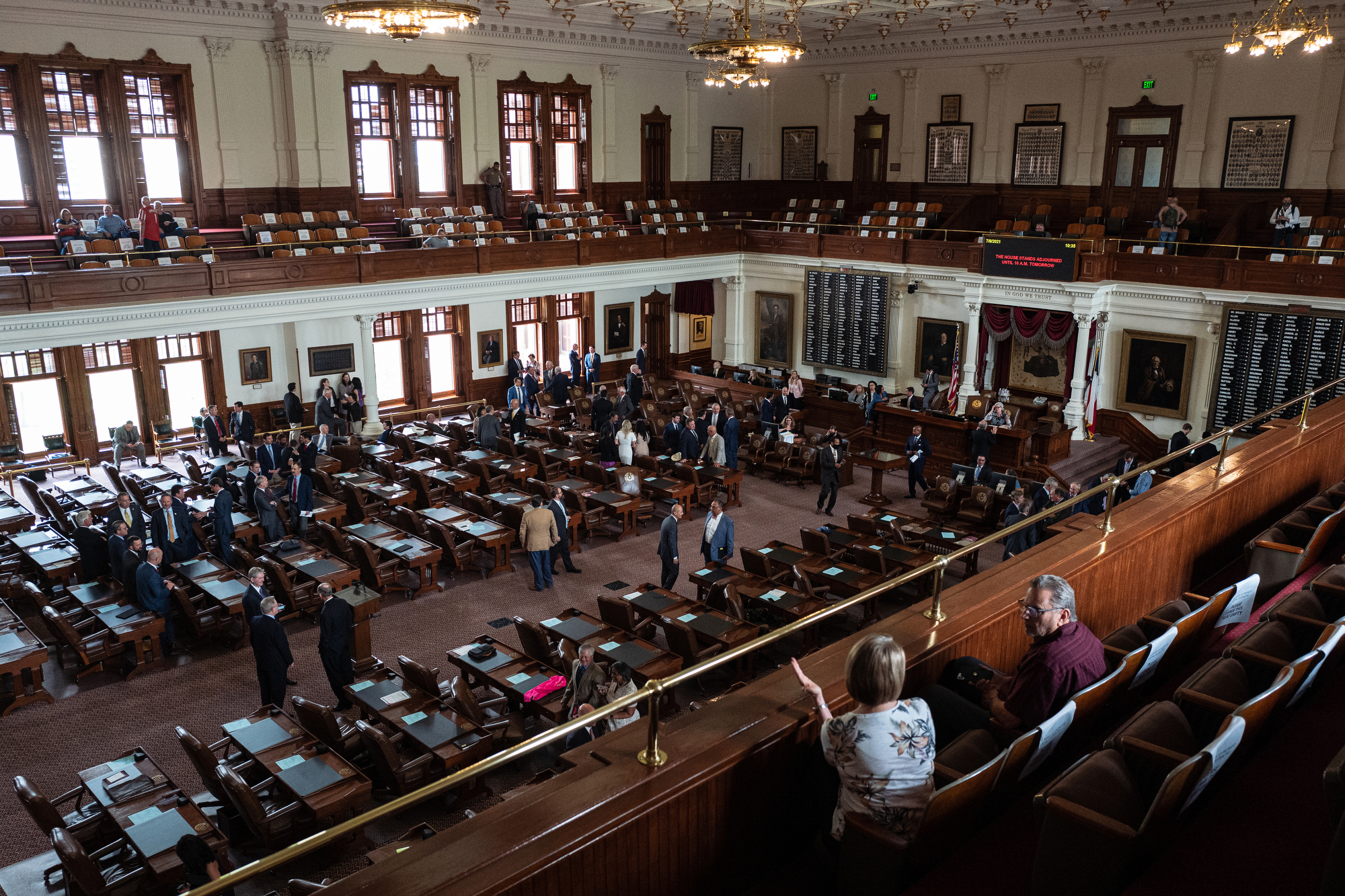 
President Donald Trump appealed his recent loss in the Wisconsin Supreme Court to the U.S. Supreme Court on Tuesday, seeking to toss out 50,000 votes and possibly change the election outcome in the state. The campaign is arguing that 50,000 ballots were counted despite the fact that they were allegedly invalid. The campaign says more than 28,000 votes were counted from people who didn’t provide identification and instead used the state’s “indefinitely confined” status to vote. The campaign also alleged some 6,000 ballots were incomplete or altered which is forbidden by state law.

The campaign is seeking an expedited review of the case ahead of Jan. 6 Congressional review of the Electoral College votes. Jim Troupis, the president’s lead attorney in Wisconsin, said that the Wisconsin Supreme Court didn’t address the merits of their claims in an official statement. (RELATED: Trump Demands ‘List’ Of Republicans In Congress Who Say Biden Won) 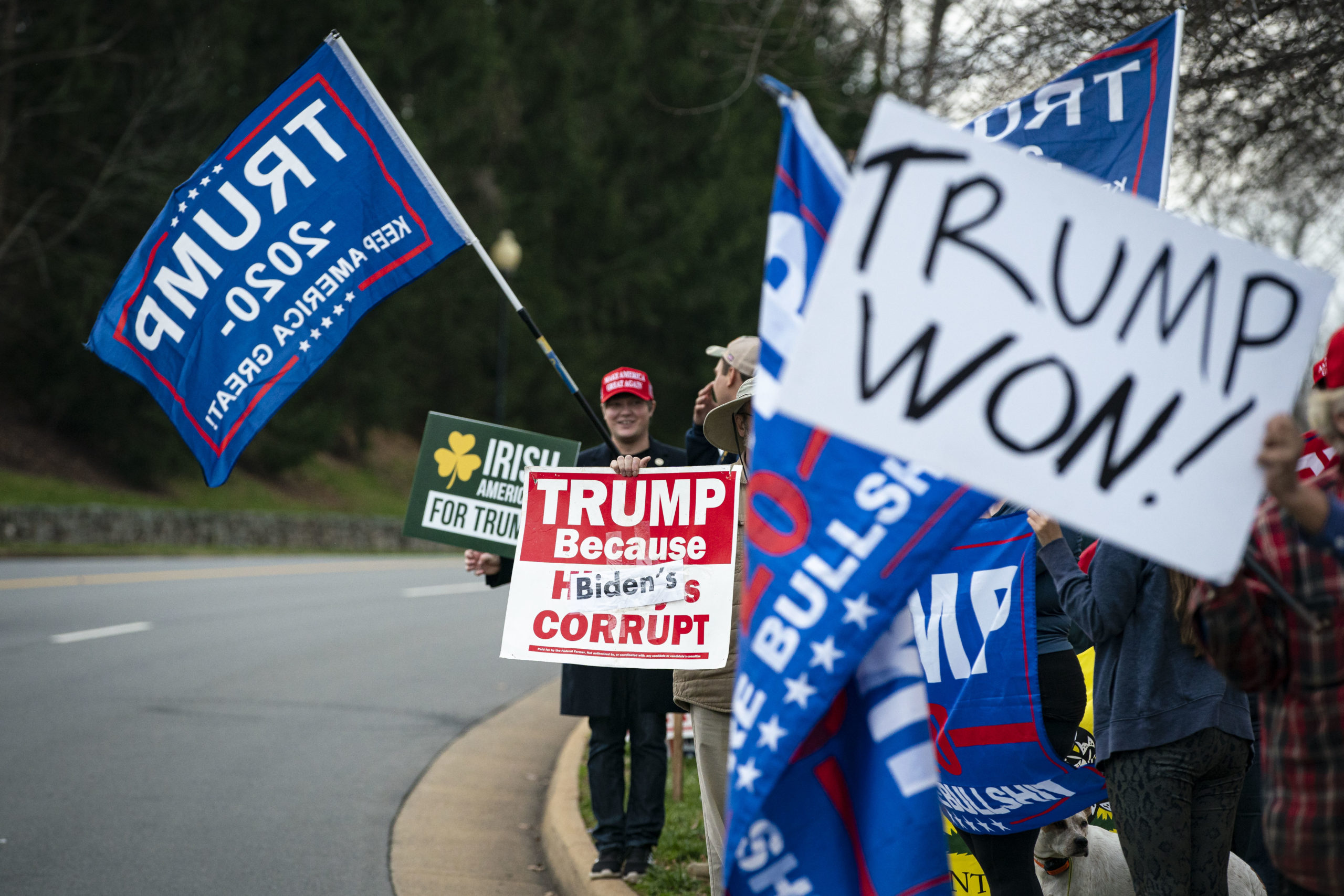 “Regrettably, the Wisconsin Supreme Court, in their 4-3 decision, refused to address the merits of our claim. This ‘Cert Petition’ asks them to address our claims, which, if allowed, would change the outcome of the election in Wisconsin.”

“Three members of the Wisconsin State Supreme Court, including the Chief Justice, agreed with many of the President’s claims in written dissents from that court’s December 14 order,” he continued.

Trump lost the state to President-elect Joe Biden by roughly 21,000 votes. Trump’s campaign filed a suit that sought to invalidate more than 221,000 absentee ballots in Dane and Milwaukee counties for purportedly failing to meet requirements to obtain an absentee ballot. The suit also requested the Republican-led state legislature to appoint pro-Trump electors to the Electoral College.

However, the state Supreme Court rejected the suit, ruling the claims were filed too late and one claim lacked merit. However, three dissenting conservative justices argued that the lateness was moot, and the questions about the legality of the votes demands an answer.

Biden’s Campaign Manager Calls Republicans ‘A Bunch Of F**kers,’ Then Calls For Unity


Jen O’Malley Dillon referred to Republicans as “a bunch of f**kers” during a Glamour magazine interview that was published Tuesday. O’Malley Dillon, who managed former Democratic Texas Rep. Beto O’Rourke’s presidential campaign before taking on the same role for President-Elect Joe Biden, spoke with author Glennon Doyle about running two back-to-back campaigns with small children and what she expected as she took on her new role in the Biden administration: deputy chief of staff. (RELATED: REPORT: Biden Expected To Name 3 More Top White House Aides)

O’Malley Dillon told Doyle that one of the ways Biden had been able to connect with American voters was his focus on unity as the ultimate goal.

“The president-elect was able to connect with people over this sense of unity. In the primary, people would mock him, like, ‘You think you can work with Republicans?’ I’m not saying they’re not a bunch of f**kers. Mitch McConnell is terrible,” she explained. “But this sense that you couldn’t wish for that, you couldn’t wish for this bipartisan ideal? He rejected that. From start to finish, he set out with this idea that unity was possible, that together we are stronger, that we, as a country, need healing, and our politics needs that too.”

O’Malley Dillon also argued for more compromise in politics, saying that she knew how difficult that was in a nation so polarized.

“I get that you’re not supposed to talk politics at the holiday dinner. Well, f**k that. It’s because we don’t do that that we are in this situation now,” she said, adding, “I also think, as in love, compromise is a good thing. The atmosphere in the world now is like, ‘Oh, if you compromise, you don’t believe in something.’ No, it’s: I believe in it so much that I’m going to work to find a path we can both go down together.”


Former Vice President Joe Biden is pushing Facebook to strengthen rules regarding election-year misinformation on the platform even as the presumptive Democratic presidential nominee distributes misinformation about COVID-19 and President Donald Trump.

Facebook’s inability to police political misinformation and disinformation “corrodes our democracy” and allows the president “to say anything,” Biden wrote in a letter to the Silicon Valley giant Thursday. The former vice president asked his Twitter followers to sign the letter in an attempt to pressure Facebook into acting before the November election.

“Folks, we saw in 2016 what can happen when social media platforms are left unchecked and allow disinformation to run rampant. It puts the very integrity of our elections at risk,” Biden wrote in a tweet Thursday. “We simply cannot let it happen again in 2020.”

Biden and other Democrats criticized Facebook after CEO Mark Zuckerberg refused to remove or flag a Trump post in May referencing looting and “THUGS.” (RELATED: Biden Asks Supporters To Help Him ‘Fix Facebook To Protect Democracy And Beat Trump’)

Trump’s post was in reference to protests against the death of George Floyd, a black man who died May 25 after a Minneapolis police officer knelt on his neck for nearly nine minutes, video of the incident showed. Zuckerberg reportedly defended the decision as an adherence to free speech principles.

Since 2016, Facebook has created an independent oversight body, wherein the company’s platform can impartially protect free speech and create an arbitration system. The body is made up of a bipartisan crew of conservative and liberal judges to help determine whether specific comments, posts or links comply with Facebook’s terms of service.

Facebook spokesman Andy Stone dismissed Biden’s open letter, telling the Daily Caller News Foundation that, “[t]here is an election coming in November and we will protect political speech, even when we strongly disagree with it.” Zuckerberg reportedly defended the decision as adhering to free speech principles.

Biden has misinformed his supporters and voters repeatedly on the campaign trail. Here are seven times the former vice president made false claims about the coronavirus pandemic, Trump, and other election-related issues.

Biden promoted fake news from a Politico report claiming the president “owes” millions of dollars to the Bank of China.

Politico reported in an April 24 article that Trump currently “owes” millions of dollars to the Bank of China and that “the loan is due soon,” before editing the story after determining Trump did not, in fact, owe the Bank of China money.

Biden made the comment after being asked during a CBS interview on April 28 — days after Politico corrected its article – if Hunter Biden’s business dealings in China make the former VP more vulnerable.

“No, I don’t believe so at all,” Biden replied. “My son’s business dealings were not anything where everybody – what he’s talking about. Not even remotely, number one. Nothing to do with me, number two.”

Biden falsely said at a rally in December 2019 that he found Republican votes to pass the Affordable Care Act, or Obamacare, while he was vice president.

“We need someone with a proven ability to bring people together and do the hard work of getting legislation passed,”Biden said at a rally in Texas. “I’ve done that before … finding Republican votes for the Recovery Act, Obamacare, helping keep us from falling into a Great Depression.”

Obamacare passed on a partisan basis in the Senate, 60–39, in December 2009. Every Democrat and two independents voted for it, while every Senate Republican voted against. (RELATED: Justice Department Looks To End Obamacare Completely)

The House passed the Senate bill with a 219–212 vote in 2010, with 34 Democrats and all 178 Republicans voting against the bill, which became a flash point that ultimately made passing future bipartisan legislation nearly impossible.

The vice president falsely suggested that Trump referred to the coronavirus pandemic as a “hoax” during the president’s Feb. 28 campaign rally in South Carolina. The virus originated in China and has reportedly killed 116,000 people in the United States.

Biden tweeted a video in March that misleadingly spliced together snippets of Trump saying “coronavirus” followed by, “this is their new hoax.” In reality, Trump was referring to Democrats’ political reaction to the virus, calling their criticism of his response a “hoax.”

“The video makes it seem like Trump is calling the disease itself a hoax, which he hasn’t done. The words are Trump’s, but the editing is Biden’s,” PolitiFact noted before rating the claim “false.”

Media fact-checkers hit Biden in February after he falsely accused the president of slashing the Centers for Disease Control and Prevention’s budget.

“We increased the budget of the CDC. We increased the NIH budget. … He’s wiped all that out. … He cut the funding for the entire effort,” Biden said at a Feb. 26 debate.

Biden was “wrong to say the agencies have seen their money cut,” the AP noted in its fact check of Biden’s claims. Trump “proposed cuts but Congress ignored him and increased financing instead. The National Institutes of Health and the Centers for Disease Control and Prevention aren’t suffering from budget cuts that never took effect,” the fact check stated.

“The World Health Organization offered the testing kits that they have available and to give it to us now. We refused them. We did not want to buy them,” Biden stated during the March 15 Democratic debate.

“The WHO never offered to sell test kits to the United States,” PolitiFact said in a fact check that month. (RELATED: Top WHO Official Won Election With China’s Help. Now He’s Running Interference For China On Coronavirus)

Biden began his 2020 presidential run on a false claim that Trump called white supremacists “very fine people” after the violence in Charlottesville, Virginia, three years ago.

“Very fine people?” Biden said in an April 2019 video launching his campaign for president. “With those words, the President of the United States assigned a moral equivalence between those spreading hate and those with the courage to stand against it.”

Biden omitted important context to Trump’s comments in which the president noted in comments reacting to the rally that the “fine people” were those who were there to protest the removal of a confederate statue.

Trump went on to say: “I’m not talking about the neo-Nazis and white nationalists because they should be condemned totally.”

Biden Falsely Says He Was “Arrested” In South Africa

Biden claimed on the campaign trail in February that he was arrested in the 1970s while trying to visit then-imprisoned Nelson Mandela, the former president of South Africa.

His campaign clarified the false claim on Feb. 25, saying that Biden was “separated from a congressional delegation.”

“I wasn’t arrested, I was stopped,” Biden said.