Meteorologist Takes AOC To TruthCity Over Her ‘Climate Crisis’ Blather

It rained in DC. So, naturally, the left’s little darling freaked out over it. And (naturally) pushed her agenda.

Gotta give her credit. As bad as her ideas are, she’s really REALLY committed to seeing them take hold in America. (If only we could say the same thing about some RINOs we could mention…)

But like so many people who speak beyond the limits of their knowledge and experience, it’s easy for someone who knows what the hell they’re talking about to take them to the woodshed for a good whoopin’.

Which is exactly what happened here.

It’s more than 1 day or 1 storm; it’s all of them. Places are flooding where they haven’t before; there are 90-degree days in Alaska in June. The GOP will mock & sow confusion until it’s their home swept away.

Then again, what would some guy with a Ph.D. know compared to the much-touted AOC? 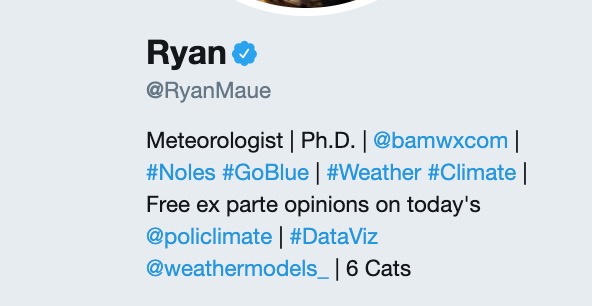 First a tornado and now a flash flood.

The Congresswoman does not miss an opportunity to turn a weather event she experiences into a political statement and blame Republicans.

She’s right that cities need to invest in infrastructure but a slow-moving t-storm isn’t “climate” https://t.co/X4zoNP0lXW

You should resist the emotional temptation to blame EVERY weather event on climate change.

The reference from the National Academies:
Attribution of Extreme Weather Events in the Context of Climate Change (2016)https://t.co/hyY5TxVHTz

This science is cutting-edge … but the politics obviously isn’t. pic.twitter.com/l3dKxluoYo

But AOC has already put her cards on the table. She belonged to the radical group Democratic Socialists of America — whose Aggressively Anti-American and Anti-freedom policies we’ve covered elsewhere.

She’s not you’re typical America-loving politician with ideas that tilt to the Left. She’s a radical zealot willing to use any trick or tactic to achieve her political ends. Why would we expect anyone who came out of DSA to be anything BUT a radical zealot.

Fortunately for her, there are still enough patriotic Americans who are willing to kick her Marxist ideologies to the curb where they belong.

Hopefully, not to be recycled, but to be incinerated altogether. 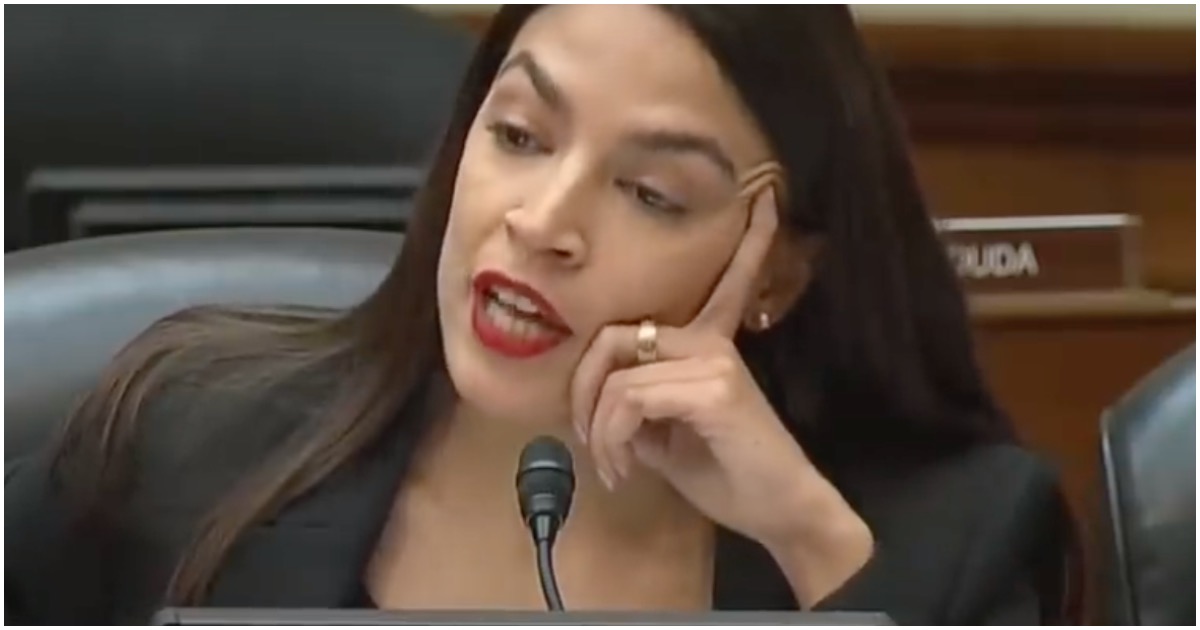 Things didn’t work out in AOC’s favor – not by a long shot.

Four Democrats sided with Republicans and voted “No,” while 43 Dems voted “present.”

In other words, not one member of the Senate voted “yes.”

The Green New Deal, a sweeping Democratic proposal for dealing with climate change, fell at the first hurdle Tuesday as the Senate failed to reach the 60 votes necessary to begin debate on the non-binding resolution, with 42 Democrats and Sen. Bernie Sanders, I-Vt., voting “present.”

No senator voted to begin debate on the legislation, while 57 lawmakers voted against breaking the filibuster. Democratic Sens. Doug Jones of Alabama, Joe Manchin of West Virginia and Kyrsten Sinema of Arizona joined 53 Republicans in voting “no.” Sen. Angus King, I-Maine, who caucuses with the Democrats, also voted “no.”

The vote had been teed up by Senate Majority Leader Mitch McConnell, R-Ky., in a bid to make Democratic senators — including several 2020 presidential candidates — go on the record about the measure. McConnell had called the proposal “a radical, top-down, socialist makeover of the entire U.S. economy.”

A new report suggests the real number could nearly hit $100 trillion. That would come to, roughly, $650,000 per American household.

Socialist Rep. Alexandria Ocasio-Cortez’s (D-NY) “Green New Deal” — a massive government takeover of large portions of the U.S. economy — is projected to cost up to $93 trillion.

Bloomberg reports that Ocasio-Cortez’s far-left plan would “tally between $51 trillion and $93 trillion over 10-years, concludes American Action Forum, which is run by Douglas Holtz-Eakin, who directed the non-partisan CBO from 2003 to 2005.”

Ocasio-Cortez is “the boss.” Everybody good with that?

Her reasoning is that she’s trying to do something about “climate change” by introducing her “Green New Deal,” while her critics aren’t doing anything.

Has AOC considered that the opposition isn’t doing anything because there’s nothing to do?

AOC: “I’m at least trying and they’re not. If you’re trying, you’ve got all the power, you’re driving the agenda, you’re doing all this stuff.”