Critical race theory watchdog Christopher F. Rufo reported on Monday that the principal of a New York school sent a list of white identities to white parents so that they could try to convert themselves from white supremacists to white abolitionists.

The East Side Community School teacher even included a white supremacism spectrum for parents to self-identify.

According to East Side Community School the goal is to become a white abolitionist. But these steps are subjective, not clearly defined and ALWAYS up for evaluation by your peers.

The modern-day left is determined to destroy our society with their hatred, ignorance and racism.

Apparently this list of the eight “white identities” has been passed around on Facebook for a couple of years.

Its author is Professor Barnor Hesse.

Hesse is an Associate Professor of African American Studies, Political Science, and Sociology

His research interests include post-structuralism and political theory, black political thought, modernity and coloniality, blackness and affect, race and governmentality, conceptual methodologies, postcolonial studies. His book, Un/settled Multiculturalisms: Diasporas, Entanglements, Transruptions, reconsiders the meanings of multiculturalism in the West. In introducing a new conceptual language, the volume stresses the importance of distinguishing between the multicultural as a signifier of the unsettled meanings of cultural differences, and multiculturalism as the signified of attempts to “fix” their meaning in national imaginaries. The book also casts the debates about multiculturalism in the contexts of globalization, post-colonialism, and what Barnor Hesse calls “multicultural transruptions”–which he sees as resurgent, irrepressible multicultural issues. 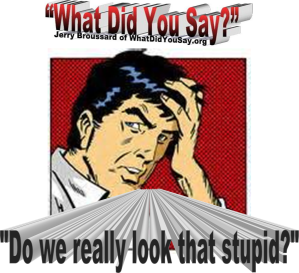 DeSantis Shreds Biden: Democrats Put ‘Interests Of Education Unions’ Ahead Of ‘Wellbeing Of Our Children’