The coronavirus crash is creating a new surge of migrants up to the U.S. border, Wolf warned in his October 21 speech. “Should our critics be successful and repeal the [Centers for Disease Control and Prevention] CDC order, we would face an unimaginable public health crisis,” Wolf said in a Phoenix, Arizona, speech, adding:

The only reason today’s crossings have not reached a crisis level is because of the policies and procedures the Department has put in place during the past four years. If these critical tools are removed or overturned, then the Department—and you, our frontline partners—would be imperiled by another immigration crisis.

Wolf described the administration’s huge and successful efforts to curb the southern migration into U.S. blue-collar workplaces. Prior Presidents did little or nothing, but Trump’s hard-fought upgrades have helped push up wages and opportunities for tens of millions of Americans — including blue-collar blacks and Latinos. Trump’s effort also protected many millions of Americans from losing their jobs amid relentless Wall Street pressure for corporate cost-cutting.

“In perhaps no area did the Washington special interests try harder to stop us than on my policy of pro-American immigration,” Trump said in his August 28 acceptance speech.

Wolf also touted the agency’s efforts to start shielding all Americans from the trillion-dollar economic threat caused by the legal and illegal migration of white-collar workers. Wolf used his speech to describe the administration’s pro-American actions:

1. Border agencies have stopped the catch-and-release of migrants, said Wolf. CBP and the Immigration and Customs Enforcement agency caught and released 400,000 migrants in 2019, but just 15,000 in 2020, mostly for humanitarian reasons, Wolf said.

We have effectively ended the practice known as “catch and release,” which refers to releasing illegal aliens into the United States while they awaited hearings in immigration court—rather than holding them in detention. Thanks to our actions, illegal aliens will no longer be released into our country. They will no longer be able to abscond without consequence. And they will be quickly returned to their country of origin.

2.  Trump’s Migrant Protection Protocols ensured that “more than 65,000 aliens have been returned to Mexico for the duration of their immigration proceedings,” Wolf said. Because they are returned to Mexico, the migrants cannot get the U.S. jobs they need to pay their debts to the coyotes, preventing the coyotes from making a profit and helping to break the profitable business of transporting migrants into Americans’ jobs.

3. The administration has reformed asylum rules to exclude ineligible economic-migrants, according to Wolf. “We want to encourage meritorious asylum claims, adjudicate them expeditiously, and root out fraudulent claims,” he said, by:

4. The Customs and Border Protection (CBP) agency “is returning approximately 90 percent of individuals who would otherwise be kept in CBP facilities back to Mexico within two hours,” said Wolf. That is a huge shift from prior years because the quick deportations prevent migrant from using lawyers, asylum claims, and jobs to extend their stay in the United States.

Obama’s administration adopted a “prosecutorial discretion” policy … This devastating policy hamstrung ICE’s ability to identify, locate, arrest, and deport criminal aliens. Today, ICE no longer exempts any removable aliens from having our laws enforced on them. If you break our laws, you will be arrested and removed from our country.

6. DHS has begun using a deportation power granted by Congress in 1996 and long ignored by prior administrations. “The Department has also ensured that certain aliens encountered anywhere in the country within two years of unlawful entry will be removed quickly—referred to as “expedited removal,” Wolf said.

7. The administration has built the border wall to curb migration and drug-smuggling, Wolf said:

Today, we have completed almost 400 miles of the new border wall system in high priority locations like San Diego, El Centro, Yuma, Tucson, El Paso, and the Rio Grande Valley Sectors. And we have another 221 miles currently under construction and 157 miles in a pre-construction phase.

Each and every mile of border wall construction is new—whether we are constructing in a place where previously no barriers existed or replacing a 5-foot steel vehicle barrier with an 18- or 30-foot steel bollard wall complemented with roads, enforcement cameras, and other related technology. In fact, wherever effective border wall systems have been constructed, the number of illegal crossings—and crime—has gone down.

this administration has had a laser focus on protecting the American worker. But amazingly, the immigration rules on the books seemed to always put foreign workers first in line for American jobs. In a major historical shift, the Trump Administration has put America First. Our results show the Department’s commitment and success in this area.

To that end, DHS announced an interim final rule that strengthens the H-1B nonimmigrant visa program to protect U.S. workers, restores integrity to the H-1B program, and better guarantees that H-1B petitions are approved only for qualified beneficiaries and petitioners. This rule will combat the abuse of H-1B workers to serve as low-cost replacements for otherwise-qualified American workers. It will also deter companies from gaming the immigration system to fill their own coffers.

Supporting this action is President Trump’s philosophy that we must take care of Americans first.

Trump’s 2020 plan offers broadly popular — but quite limited — pro-American restrictions on migration and visa workers. In many speeches, for example, Trump ignores the economic impact of blue-collar and white-collar migration on Americans while stressing issues about crime, outsiders, diseases, or welfare, even though his low-immigration policies have been a popular boon to Americans.

Joe Biden’s 2020 plan promises to let companies import more visa workers, to let mayors import temporary workers, to accelerate the inflow of chain-migration migrants, to end migration enforcement against illegal aliens unless they commit a felony, and to dramatically accelerate the inflow of poor refugees to at least 125,000 per year. This policy has helped Biden to win huge donations from investors on Wall Street.

Open-ended legal migration is praised by business and progressives partly because migrants’ arrival helps to transfer wealth from wage-earners to investors and stockholders.

Migration moves money from employees to employers, from families to investors, from young to old, from homebuyers to real estate investors, and from the central states to the coastal states. 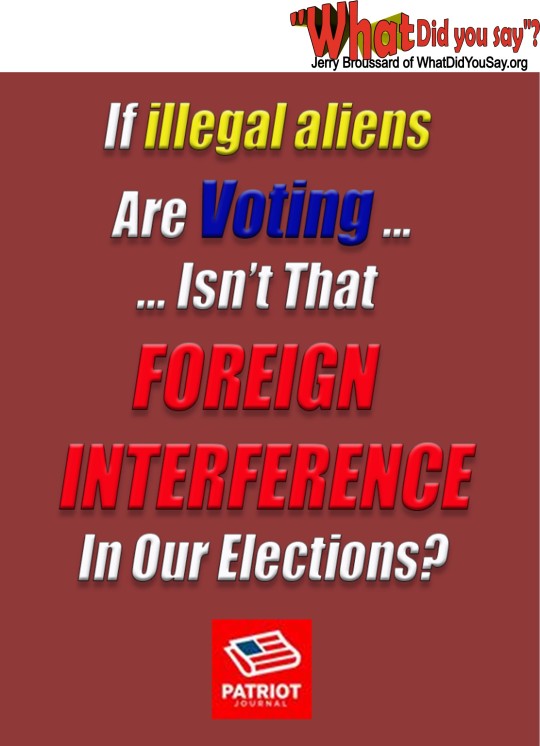 The Vatican Falls to the Dominance of the Chinese Communist Party