A group of progressives, including the freshman “Squad,” unveiled their new vision for America on Thursday that will serve as a rallying cry for the election and a roadmap on how to push Joe Biden leftward. The Working Families Party “People’s Charter“ calls for free public healthcare, universal childcare, creating millions of green jobs, canceling student debt, a $15 minimum wage and shifting money away from police departments and toward investments in schools and communities.

One of the plan’s backers, Rep. Ro Khanna, D-Calif., said the agenda will be the legislative blueprint for what progressives in the House will push during a Biden-Harris Administration. 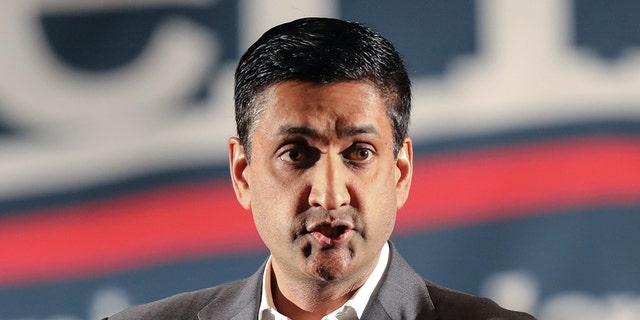 “The aim is a clear agenda that progressives in the House will advance focuses on these big items,” Khanna told Fox News. “We will push for Medicare-for-all during the pandemic. We will push for the creation of millions of good jobs in communities left behind. And we will advance a bold vision to tackle climate change and have a liveable planet, which is the aspiration of the Green New Deal. I expect at least 80 to 100 House Democrats will support the basic principles and agenda.”

The release of the ambitious liberal policy agenda comes in the shadow of the vice presidential debate where Sen. Kamala Harris, seen by the left as a lifeline into a Biden Administration, distanced herself from progressive priorities — including the Green New Deal, which she once co-sponsored. 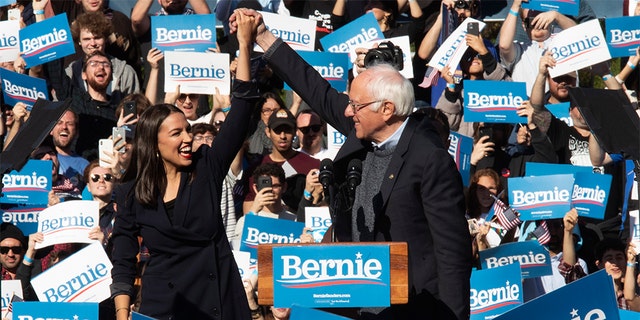 Progressives had accepted the fact that neither of their preferred candidates won the election — Sen. Bernie Sanders, I-Vt., and Sen. Elizabeth Warren, D-Mass. — and Biden was a more moderate choice. But some saw the choice of Harris, who represents the future of the party, as an olive branch to the left.

But her willingness Wednesday in the debate against Vice President Mike Pence to abandon her past positions — including pledging fracking would not be banned — came as a disappointment to some on the left. Even Rep. Alexandria Ocasio-Cortez, who supported Sanders but has since backed Biden, took to Twitter to respond: “Fracking is bad, actually.”

The progressives acknowledge Biden wasn’t their top choice, but they make the case he’s far better than President Trump and they have a better shot of mobilizing pressure on him to adopt their agenda if he wins office. The People’s Charter is the vehicle to organize for the election, to activate the base and hold Biden accountable if he wins, organizers say,

“We’ve always said that electing Joe Biden was a doorway, not a destination,” said Working Families Party National Director Maurice Mitchell in a statement. “The People’s Charter is that destination: a nation that cares for all of us, no matter what we look like, where we come from, or how much money is in our pockets.

“We’re going to beat Donald Trump on Nov. 3, and then we’re going to organize to make the vision outlined in the People’s Charter a reality,” he added.

The agenda was borne out of the coronavirus pandemic as the Working Families Party set out to define a vision for COVID-19 relief while plotting a path for an economic recovery. The plan calls for canceling rent and banning foreclosures during the pandemic, retroactive hazard pay for essential workers, delaying school openings and extending $600 federal unemployment benefits.

“Not only do we think this document speaks to the moral crisis we’re in … we also think it’s really good policy,” Mitchell told Fox News. “And it’s popular. This is what people actually want.”

After Biden is elected, the progressives hope to generate a groundswell of support for the agenda to force movement by Biden to back the large-scale agenda.

“Just electing Joe Biden won’t make any of this happen … The destination is this work and that requires us to advocate and organize. We’re going to be pushing on Democrats. We’re going to be challenging, both Democrats and Republicans and independents to do the work of the people,” Mitchell said. 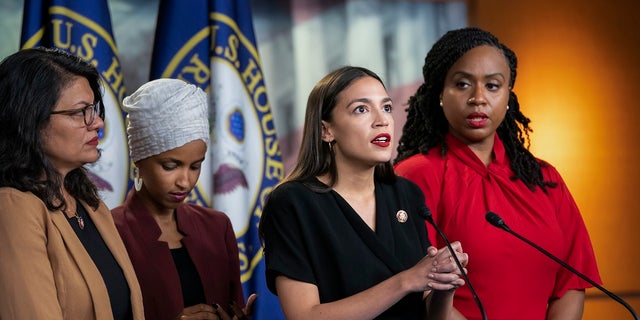 A number of local and federal lawmakers have signed on, including the four members of the freshman squad: Ocasio-Cortez, Reps. Rashida Tlaib of Michigan, Ilhan Omar of Minnesota and Ayanna Pressley of Massachusetts.

Progressive groups joining the cause include The Movement for Black Lives, the SEIU union, MoveOn, United We Dream and the Sunrise Movement, a climate activist group.

“The vision laid out in the People’s Charter is exactly why we’re going to beat Donald Trump in November,” Omar said in a statement. “Organizing people around the promise of something better – that’s how we’ll win. And when we do, we’ll be ready to fulfill that promise.”

The People’s Charter will be formally unveiled at an 8 pm event.