Although President Donald Trump announced on April 20, 2020 that he would be halting all immigration to the U.S., there are now doubts that he will actually follow through with a moratorium policy that has actual teeth.

Mark Krikorian, the Executive Director of the Center for Immigration Studies, tweeted “Trump now denying he ever wanted to reduce legal immigration.”

Krikorian was referring to the new Executive Order that Trump issued and the follow up discussions that ended up revealing that it has very little teeth.

Conservative host Tucker Carlson was also critical of the news that revealed the flaccidness of the executive order.

The Columbia Bugle tweeted about some of Tucker’s comments:

"There is only one point in handing out hundreds of thousands of these visas to foreign nationals & it is to placate big business."

"If the point of this EO was to protect American jobs it failed." pic.twitter.com/XzFsoxpXbT 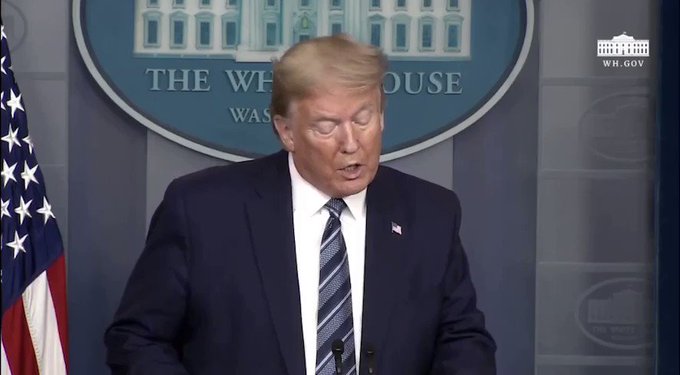 645 people are talking about this
John Binder of Breitbart News noted that “President Trump revealed on Tuesday that his executive order pausing most legal immigration in the midst of the Chinese coronavirus crisis will not keep farmers from fast-tracking foreign workers into the country.”

“The farmers will not be affected,” Trump stated.

Binder covered how the Trump administration will handle the agricultural situation:

Trump said his administration is actually making the process easier for farmers to more quickly get H-2A foreign visa workers into the U.S. — referring to the State and Agriculture Departments’ orders to waive visa requirements and allow visa-holders to stay in the country for more than three years.

“No, the farmers will not be affected by this at all,” Trump stated. “If anything, we’re going to make it easier, and we’re doing a process for those workers to come in to go to the farm where they’ve been for a long time.”

Trump did concede that an immigration pause is necessary in order to protect the 22 million or so unemployed Americans from having to compete with cheap labor.

Binder provided a breakdown of some of the numbers regarding H-2A visas: