The first large-scale test of 3,300 people in a California county revealed that 2.5% to 4.2% of people tested for COVID-19 were positive for antibodies.

The data indicates that there are between 50 to 80-fold more infections than confirmed cases.

This is a huge development.

The first large-scale community test of 3,300 people in Santa Clara County found that 2.5 to 4.2% of those tested were positive for antibodies — a number suggesting a far higher past infection rate than the official count.

Based on the initial data, researchers estimate that the range of people who may have had the virus to be between 48,000 and 81,000 in the county of 2 million — as opposed to the approximately 1,000 in the county’s official tally at the time the samples were taken.

“Our findings suggest that there is somewhere between 50- and 80-fold more infections in our county than what’s known by the number of cases than are reported by our department of public health,” Dr. Eran Bendavid, the associate professor of medicine at Stanford University who led the study, said in an interview with ABC News’ Diane Sawyer.

It’s time to open America again and let people get back to work.

The @stanford antibody testing is out – it estimates ~3% of people in Santa Clara County (CA) have been infected and recovered, 50-plus times the estimate of confirmed active cases. More evidence #SARSCoV2 is far more widespread and thus less dangerous than expected. 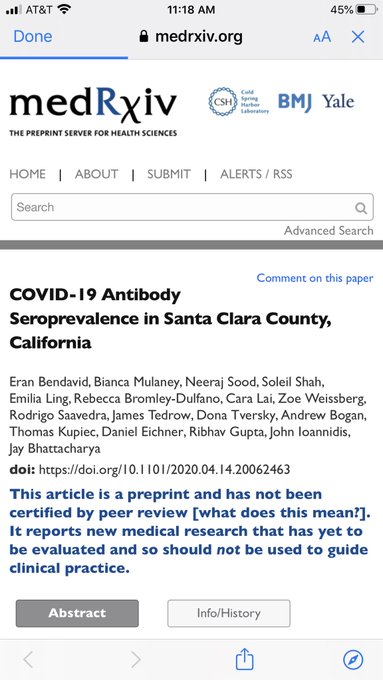 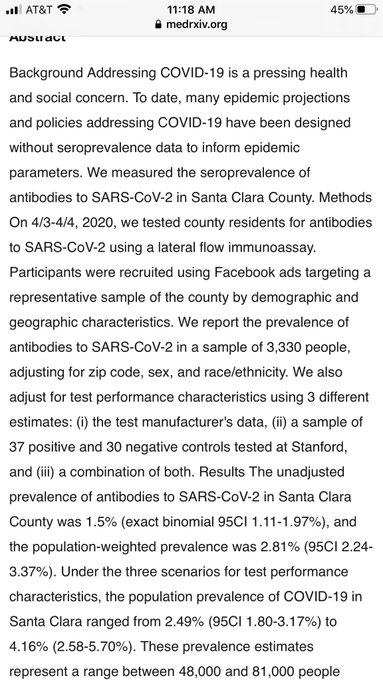 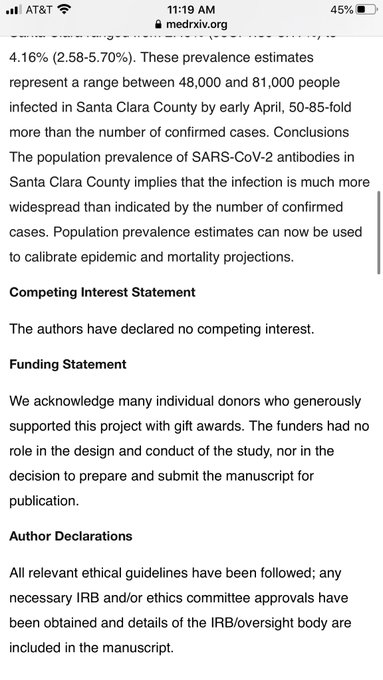 1,691 people are talking about this