The newest revelation from investigative journalist John Solomon that Joe Biden actually set up the meeting between his son Hunter and people associated with Burisma.

Biden claimed he knew nothing about Hunter and his business with Ukraine but now, we find out that he actually set the whole thing up. That changes everything. Biden lied and now everyone should know he lied.

And what about China?

Did he also conspire with China?

Let’s face it, companies do not hire you and throw tons of money at you when you have zero experience and you were just thrown out of the service for doing drugs.

From The Gateway Pundit

John Solomon: Let me add a new fact that I just learned tonight. While talking to US diplomats today overseas in Europe I learned that on April 22, 2014 less than three weeks before the Burisma Holdings announced that Hunter Biden was joining their board, Vice President Joe Biden met with the Prime Minister of Ukraine and in that meeting, according to a transcript that I obtained tonight, Joe Biden specifically encouraged the Ukrainians to expand natural gas production with the help of Americans coming to the country. He set up the exact scenario that Hunter Biden just a few weeks later cashed in on.

Sean Hannity: Whoa! This now takes it to a whole new level. Because now he’s basically doing the bidding for his own son’s wealth creation. Maybe even his son would share with his father?

John Solomon: Those were the questions Ukrainians were trying to answer back in 2016 before the prosecutor was fired Sean… I do think that the evidence that the Ukrainians possess and would like to give to the US Department of Justice it is sitting there to be handed over.

And after that meeting U.S. banking records show Hunter Biden’s American-based firm, Rosemont Seneca Partners LLC, received regular transfers into one of its accounts — usually more than $166,000 a month — from Burisma from spring 2014 through fall 2015, during a period when Vice President Biden was the main U.S. official dealing with Ukraine and its tense relations with Russia. 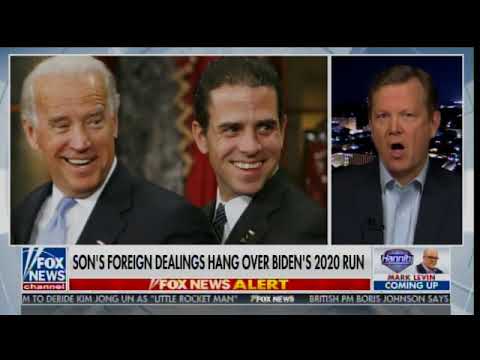