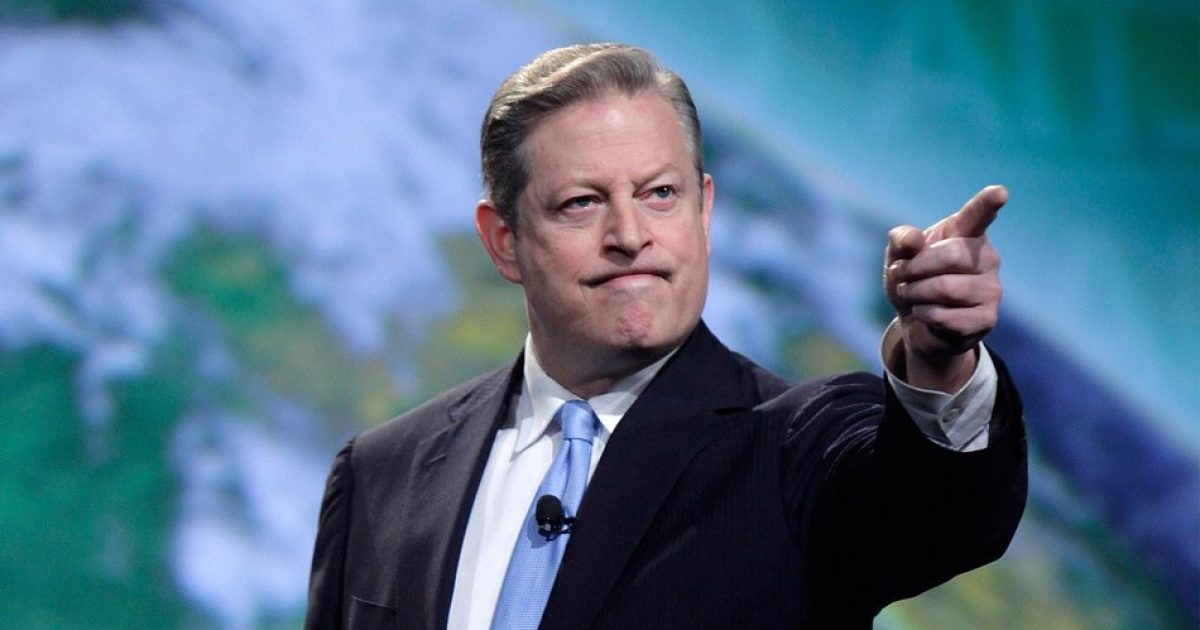 When the Left gets something wrong, they act in one of two ways.

They double down or they try to quietly pretend they never acted.

In the case of global climate change, they’ve chosen to do both. For example, Ocasio-Cortez doubled down on the global climate farce. She predicted on record that Earth has but twelve more years, at least its human inhabitants. Then she quietly walked her statement back.

National Geographic’s claim in this fakeumentary is as follows:

Glacier National Park is losing its iconic glaciers to a changing climate. In the mid-1800s, this Montana landscape was covered by 150 glaciers—today only 25 remain. To show the decrease in glacier size, scientists from the USGS Northern Rocky Mountain Science Center photograph the same areas where glaciers were photographed in the early 1900s. Dan Fagre, a USGS research ecologist, has been studying climate change in the park for more than 20 years. Fagre and his colleagues discuss what melting glaciers and climate change mean for the future of the park, which is expected to be nearly glacier free by 2030, based on present warming trends.

National Geographic acts more like an Obama-funded government agitprop than the “world’s premium destination for science, exploration, and adventure” as their website suggests.

As we now know, Glacier National Park’s glaciers have grown by as much as 25% since the National Geographic’s propaganda aired.

Then he wrote about this video recently.

May 30, 2019. St. Mary, Montana. Officials at Glacier National Park (GNP) have begun quietly removing and altering signs and government literature which told visitors that the Park’s glaciers were all expected to disappear by either 2020 or 2030.

In recent years the National Park Service prominently featured brochures, signs and films which boldly proclaimed that all glaciers at GNP were melting away rapidly. But now officials at GNP seem to be scrambling to hide or replace their previous hysterical claims while avoiding any notice to the public that the claims were inaccurate. Teams from Lysander Spooner University visiting the Park each September have noted that GNP’s most famous glaciers such as the Grinnell Glacier and the Jackson Glacier appear to have been growing—not shrinking—since about 2010. (The Jackson Glacier—easily seen from the Going-To-The-Sun Highway—may have grown as much as 25% or more over the past decade.)

The centerpiece of the visitor center at St. Mary near the east boundary is a large three-dimensional diorama showing lights going out as the glaciers disappear. Visitors press a button to see the diorama lit up like a Christmas tree in 1850, then showing fewer and fewer lights until the diorama goes completely dark. As recently as September 2018 the diorama displayed a sign saying GNP’s glaciers were expected to disappear completely by 2020.

But at some point during this past winter (as the visitor center was closed to the public), workers replaced the diorama’s ‘gone by 2020’ engraving with a new sign indicating the glaciers will disappear in “future generations.”

Almost everywhere, the Park’s specific claims of impending glacier disappearance have been replaced with more nuanced messaging indicating that everyone agrees that the glaciers are melting. Some signs indicate that glacial melt is “accelerating.”

A common trick used by the National Park Service at GNP is to display old black-and-white photos of glaciers from bygone years (say, “1922”) next to photos of the same glaciers taken in more recent years showing the glaciers much diminished (say, “2006”). Anyone familiar with glaciers in the northern Rockies knows that glaciers tend to grow for nine months each winter and melt for three months each summer. Thus, such photo displays without precise calendar dates may be highly deceptive.

But deception is all the climate alarmists have. When they aren’t fudging the photos, they’re fudging the statistics.

How many climate scientists have been caught lying about their data? Roughly the 95% the Left all claim support the global climate farce. And now that the money has dried up, few promote the nonsense any more.

As for the park service, recently it quietly removed its two large steel trash cans at the Many Glacier hotel. The reason behind the removal is the messaging on the cans. Engraved on the cans were “before and after” likenesses of the Grinnell Glacier in 1910 and 2009. The steel carvings indicated that the Glacier had shrunk significantly between the two dates. But a viral video published on Wattsupwiththat.com showed that the Grinnell Glacier appears to be slightly larger than in 2009.

The ‘gone by 2020’ claims were repeated in the New York Times, National Geographic, and other international news sources. But no mainstream news outlet has done any meaningful reporting regarding the apparent stabilization and recovery of the glaciers in GNP over the past decade. Even local Montana news sources such as The Missoulian, Billings Gazette and Bozeman Daily Chronicle have remained utterly silent regarding this story.

Essentially, these climate LIARS now want to cover their tracks and pretend they were never a part of the money grab.

We will never let them forget.