NYC’s Liberal Mayor Bill De Blasio has found himself in a mess as three separate scandals hit his office, including bribery, prostitution and an illegal weapons arrest! In addition, a local businessman claims he raised $80,000 for the De Blasio campaign in exchange for various deals. As well, a prostitute is testifying a major de Blasio donor “watched and directed” her sex games with members of the NYPD.

Reagan Stevens, the deputy director for Mayor De Blasio’s Office of Criminal Justice, was arrested Saturday for illegal weapons possession while sitting in a car that ‘reeked of weed’ near the scene of a Saturday night shooting. Stevens was charged with two counts of criminal possession of a weapon. A 9mm gun with the serial number scratched off and a shell casing were found in the glove compartment. Cops noticed there was a “strong odor of marijuana” wafting from the SUV.

She was arrested with two men, Montel Hughes, 24, and driver Caesar Forbes, 25. They are also accused of gun charges as well as of carrying knives at the time of their arrest. Cops also found five Ziploc bags of pot in Hughes’ coat pocket. A gravity knife was also recovered from the pocket of his pants. Cops found the loaded handgun in the car. When no one claimed ownership, police took the three of them into custody.

The trio’s arrest followed a burst of five gunshots that activated an NYPD “ShotSpotter” device in Jamaica at 9:42 p.m. Saturday. The five shots fired from the car were caught on surveillance cameras. Moreover, the gun found in the car has an eight-round magazine and had three rounds left in it. A spent round was found on the driver’s side floor.

Her main job is implementing a 2017 state law that will raise the age at which kids can be prosecuted as adults for non-violent crimes from 16 to 18. Prior to her current position, Stevens served as the Deputy Director of the Mayor’s Action Plan’s Behavioral Health and the Criminal Justice System Task Force. She also spent 15 years implementing crime prevention, adolescent diversion programs and alternatives to incarceration at the Kings County District Attorney’s office.

The city’s Office of Criminal Justice suspended Stevens without pay from her job.

‘We take these allegations very seriously,’ said the statement.

But this is the third high profile scandal for Democrat De Blasio this year.

Harendra Singh, a Long Island restaurateur, raised as much as $80,000 for De Blasio in exchange for various deals. He pleaded guilty earlier this year to trying to bribe the mayor in hopes of getting a better lease.

Singh testified under oath on Thursday that he steered tens of thousands of dollars to Mayor Bill de Blasio’s political campaigns in return for favorable treatment by the city. Singh also claims that De Blasio not only knew of the illegal arrangement, but encouraged it and actively helped the restaurateur.

“He made many phone calls,” Mr. Singh said of the mayor. “His office was working very hard, from his deputy mayor to his assistant to his intergovernmental affairs person. Everyone was working.” 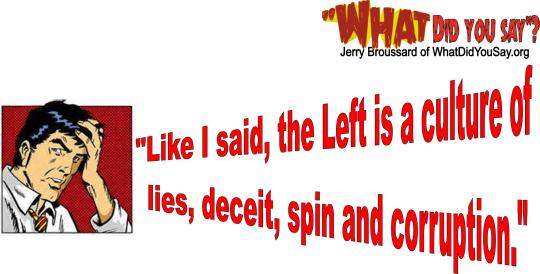 A one-time high-end hooker at the center of an NYPD corruption scandal is expected to testify that a major de Blasio donor “watched and directed” her alleged sexcapades with cops.

Former prostitute Gabi Grecko traveled to Las Vegas in early 2013 with Jeremy Reichberg and Jona Rechnitz. They were both major contributors to Bill de Blasio’s mayoral campaign. She claims Reichberg supervised the trysts.

Grecko will discuss the mile-high hookups on the stand during the trial.

Reichberg’s lawyers have pushed to block prosecutors from bringing up “any evidence” Grecko and Reichberg had a sordid tryst mid-air. They claim that would have “the potential for unfair prejudice.”

Town BANS Semi-Automatic Guns from Homes — Owners Must Pay $1,000 Daily Fine if They do not Comply