Now he has been commenting on our new President. According to Fox News:

The Archbishop for the Christian community in Iraq hopes President Trump and will help minority religious groups in the region. Bashar Warda, the Chaldean Catholic Archbishop of Erbil in Iraq, said as long as Trump’s executive order includes special preferences for all victims of ISIS, it can be a positive for Christians in the region, whose plight Trump has been sympathetic to.

“I would personally prefer that our people stay here in their ancient homeland, but I also understand that many have lost hope,” Archbishop Warda said to Fox News. “They have suffered too much and want to leave. It is not my place to force them to stay.

“That said, the fact that an American administration seems to know that there are Christians and other religious minorities here who need help is something I find heartening. I hope this means that we will no longer be excluded from U.S. government and UN aid, which our people desperately need.”

Warda, a key figure in the beleaguered Iraqi Christian community, has been vocal in the past about the lack of assistance from the U.S. government to Christians and other minorities in the region. Now, he hopes the current administration in Washington has started a helpful dialogue.

“How is it possible that a community suffered genocide, that has seen its numbers decline by more than 8 in 10 in a little over a decade, [receives] nothing at all from the American government that is funding countless humanitarian projects for internally displaced persons in this country?” he said.

The Nineveh Plain region, also known as the Plain of Mosul, has been the ancestral homeland of Assyrian-Chaldean-Syriac Christians, Yazidis and other minorities — all of whom were under attack from ISIS since the terror group rose in 2014. These ethnic and religious minority groups were driven from the Plain when the Islamic State attempted to establish their caliphate. 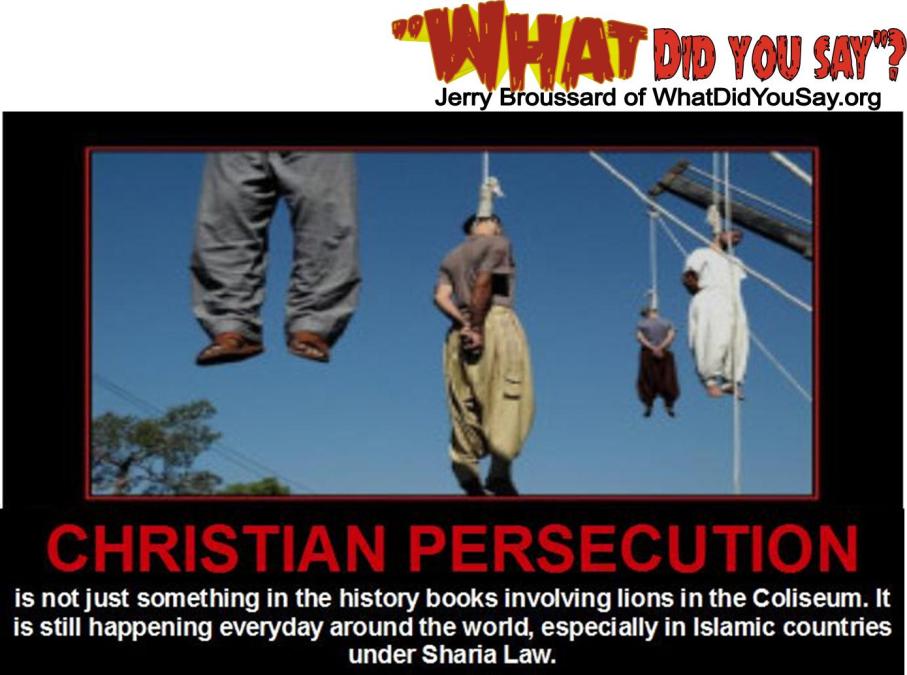 One of the most awful results of George W. Bush’s war in Iraq has been the devastation of the Christian churches there. Donald Trump condemned the Bush’s Iraq slaughter in no uncertain terms. Furthermore, he’s promised to protect Christian refugees. As Bradford Richardson pointed out in the Washington Times,

Advocates who work to protect persecuted groups say there is a “blind spot” in the West concerning the plight faced by Christians around the world — a shortsightedness evident in the overwhelmingly negative reaction to President Trump’s executive order granting preferred refugee status to persecuted religious minorities.

From the Coptics in Egypt and the “house churches” in China to the “subversives” in North Korea and the “apostates” in Pakistan, Christians are under fire on the international stage.

Paul Coleman, deputy director of the Alliance Defending Freedom International, said the international persecution of Christians is unrivaled. “No person or group should live in fear of being killed, tortured or oppressed because of their religious beliefs,” Mr. Coleman said in a statement. “By all accounts Christians are the most persecuted group on the planet.”

We need an administration that cares about this issue!

ABOUT THE AUTHOR: Joe Scudder

Joe Scudder is the “nom de plume” (or “nom de guerre”) of a fifty-ish-year-old writer and stroke survivor. He lives in St Louis with his wife and still-at-home children. He has been a freelance writer and occasional political activist since the early nineties. He describes his politics as Tolkienesque.

Virginia Bill Will Protect Christians Who Believe in Marriage