This is a story about capitalism’s Golden Goose and what socialism will do to it if they ever get total control. a parasite that eventually eats the host. 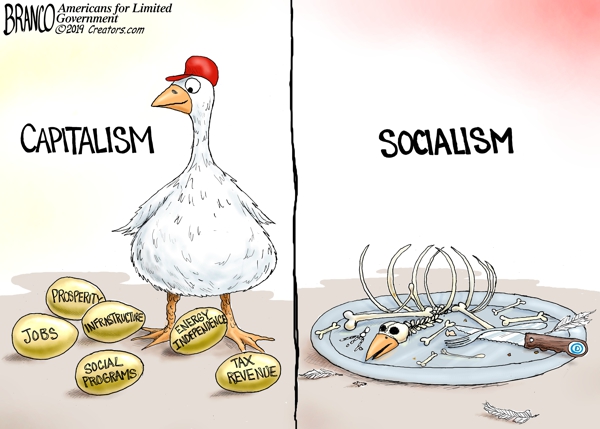 After 8 years of Obama leading from behind and being a drag on our economy, Trump is leading from the front full steam ahead toward prosperity. 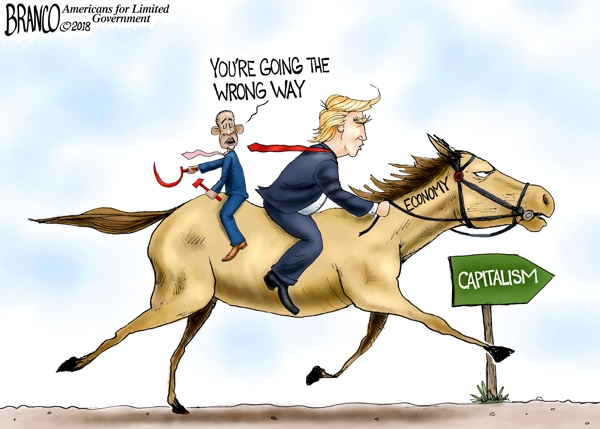 VENEZUELA: An Example Of How The Media Doesn’t Want The TRUTH Exposed About Socialism…

It’s reported that Venezuela is on the verge of revolution. The

people have had it with authoritarian, de facto Communism. They are seriously impoverished – the eventual outcome of all Communistic/Socialistic nations. It’s always simply a question of time before they collapse on themselves.

Today hybrid nations are in vogue, i.e., mixtures of Socialism and Communism versus Competitive, Free-Market Capitalism. That’s even happening in China and Russia. They have moved away from Communism/Socialism into a hybrid system that they hope will provide the

benefits of both systems. It’s Competitive, Free Enterprise to the rescue!

This hybrid approach is also being tested in the United States, where Democrat Party leaders like Barack Obama, Bill Clinton, Hillary Clinton, Jimmy Carter, Bernie Sanders, Chuck Schumer, Nancy Pelosi, etc. have endeavored to take control of the US economy and culture into the national government. And the Leftist media has joined their effort.

America’s prosperity was clearly hindered under the eight years of Obama’s Socialistic administration. Clearly, America’s flirtation with Democrat Party Socialism failed miserably – as it has in other countries where it has been tried. Venezuela is only the most current example.

In a Socialistically oriented economy, which the Democrats advocate, government in Washington calls the major shots. They try to regulate the economy, which

Now, America has a chance to reinstate it’s competitive, Free-Enterprise, Constitutional System – which for 350 years made America the greatest country in the history of the world. Hopefully, under Donald Trump, we have an opportunity to restore The American-Way* – The American Prosperity Machine*: Competitive, Free-Market, Constitutional Capitalism. Based on the past four months, we appear to be moving in the right direction

themselves by their hostile behavior and desire to bring down President Donald Trump. Trump is an outsider – not part of the political establishment – not subject to the traditional Washington rules – and they can’t stand it. The Leftist Dems and media are deploying the same smear tactics they used against Ronald Reagan and Richard Nixon. They started the day after his election to not only discredit his victory – but to drive him out of the White House.

The fact that the majority of America’s 3141 counties voted to give Trump’s “America First” Agenda a try seems to have little effect on the Dems and the Leftist media. Clearly voters wanted change. America’s decline under Obama/Pelosi/Reid/Clinton/Schumer/Warren/etc. and their Leftist/Progressive/Socialistic agenda was being soundly rejected.

Already, the Economy is responding to the Trump Agenda with improvements: jobs, wages, national wealth, industrial investment, international relations, etc. And more is yet to come.

About the author: William Pauwels

William A. Pauwels, Sr. was born in Jackson Michigan to a Belgian, immigrant, entrepreneurial family. Bill is a graduate of the University of Notre Dame and served in executive and/or leadership positions at Thomson Industries, Inc., Dow Corning, Loctite and Sherwin-Williams. He is currently CIO of Pauwels Private Investment Practice. He’s been commenting on matters political/economic/philosophical since 1980.

View all articles by William Pauwels